The U.S.-led coalition announced on December 2 that its warplanes had carried out training airstrikes in the Syrian region of al-Tanaf.

The coalition’s local proxy group, the Revolutionary Commando Army (MaT), released a video of the airstrikes, which were apparently carried out by F-15E Strike Eagle fighter jets.

In a brief statement, the MaT said the exercise was meant to prove the U.S.-led coalition’s willingness to protected al-Tanf from any threat.

“We will continue to work with our partners to protect our gains against ISIS and deter any future aggression,” coalition spokesman, Col. Wayne Marotto, said on Twitter. “We remain committed to the enduring Defeat of Daesh [ISIS] in designated areas of Iraq and Syria.”

On June 13 and July 17, U.S.-led coalition F-15 fighter jets carried out similar exercises over the 55 km zone around al-Tanf garrison.

A small detachment of U.S. troops is present in al-Tanf garrison with dozens of MaT fighters, who are being trained and equipped by the coalition. The garrison blocks a vital highway linking the Syrian capital, Damascus, with the capital of Iraq, Baghdad.

Recent reports revealed that the U.S. was in talks with Damascus over a possible withdrawal from al-Tanaf in exchange for information on U.S. citizens missing in Syria, namely freelance journalist Austin Tice. The talks are yet to bear any fruit.

Fight isis? What a joke.

The terrorist Ziocorporate coalition is reminding the SAA and aligned Iranian/Iraqi forces that they can be bombed to smithereens at any moment.

They can’t stay there forever, especially with Iraq pressuring America to leave its territory. Syria just has to play the waiting game.

Things are not frozen as You assume. A lot can happen and we dont know what.

Look what happend, when USA actually retreated from half of SDF – The Turks went in there too. So now They, we and You has a frontzone there with Turks, Joihadists, SDFs, Assads and even Russians.

You created this situation. You should never had been there in the first place. So now you claim to be wise on how to resolve your own stupidity.

I agree. A thermobaric bomb, where Assad was, would have solved everything faster and better.

The same for saddam by the way. Agressive despots should be killed or removed first.

The the rest of us and among them today about 10 mio. Syrians might be home as well as Al Tanf only was for border control and Tourist camels 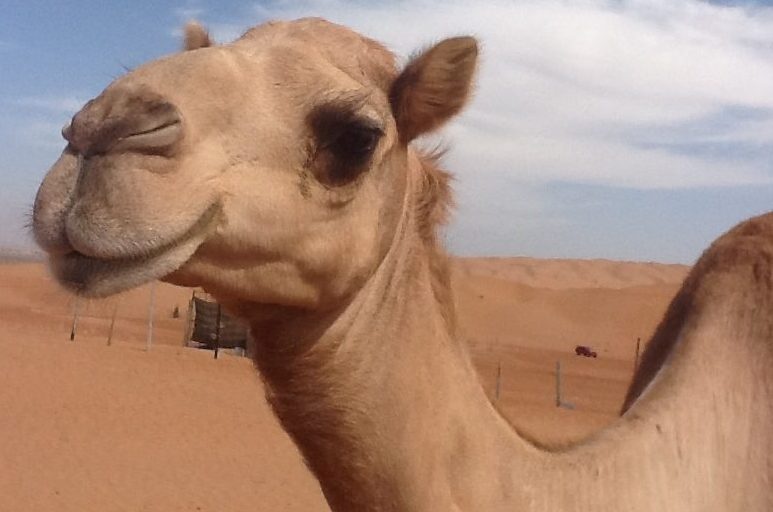 If You say so. I see it as normal shooting practice as well.

Funny how they can invade a country they have no business being in, and then claim they’re just defending themselves from aggression. They’re literally just there to squat on the highway between Syria and Iraq. Meanwhile their Syrian mercenaries just want a paycheck without having to actually fight.

Its good to point out hypocrisy .

They were independent countries after WW1. And they before that were independent until Russia by the Tzars took them too apart from maybee Finland being a part or colony of Sweden. Finland today us very sliced by Vippory as wel as Nikel all the way down east.

Russia systematicly by force has made expansions, where no Russians lived and has taken ore terrain then USA has today with or without Alaska.

Only because Sweden attacked them in West and Khan in East. The Tzar had to do something.
By nature Russia is not an expanding nation, they are like China. They defend themselves by beating invaders and attackers deep into their own areas.
Thats why China is in West today, for defensive reasons.

Finland just as Estonia, Latvia, Lituania and Northern Poland has been Christian crusaderland driven by Sweden, Denmark and Sachsen in Germanyback in 1

So You are a filthy liar of the worst kind.

And I do know the swedish expansion and its reasons – BUT I allow me to include, who actually lived there and has has the governess since about 1220 assisted to be Christians.

Tallin in Estonia is the Estnian name for “the danish town. WE also got our fiorst christian war flag there.

That for the rest too. Theynver was russia but baltic etnicities and tribes.

It seemes You dint know the russian history at all. They started in Moscow and added the states named novgerod and Kiev by force. You could say they are Russia today but Bellarus has been more polish as well as fx Ukraine has have many masters including th Ottomans.

No Russians in Sibiroa at all. And all the fortresses mafdr by the russians to take Caucasus, Kasakstan, and the other now regained states east of that.

Thats no expansion and shiuld we trust that.

Tzar Russia up to WW2 among other things has erased Poland as a state – too. NO expansion by the great faher??

I know every single detail for Russia very very well. Its even possible to put years on it, because we in skandinavia has 100.000s of silvercoins from Iraq(kifa coinin danoish name) as well as east at the aral lake are with names as fx Bukkara and Samarkand. Those and their Khans also figted back as hard as the did and the Russians made walls and military bases to be robbers there too.

There was no Russia.

A Dane named Vitus Bering made the name for the Berng strait today. He made very good maps for the Russian expansion and I know exact where he was and what he did. Among many things he saw Sibiria was not copnnected to Alaska.

When so many lines are made for one single person in Russia and they even has made a stamp, the keeping and registrating by him was vital for their expansion.

And let me finally mention,, that the last Tzarin was Danish, so we on this and against fx the swedes and Germans has been very good friends – even the Russian Tzarsystem was very very bad and now replaced by something of the same kind by basemenet russians.

I dont take patent in knowing everything there, but I do know a lot, which seemes to censured away, were You are. Or You just support Russia pr definition.

Those are the teeth, Ukraine and Belarus – the canines.

Nice try, but Russia isn’t in any of those countries today except Armenia at their own request.

Worlds biggest terrorists the US, bunch of hypocritical ballbags

Is that an insult or compliment?

Ha ha they are legal. The citicens themself has lected them:)

What a joke. Ameeica fighting ISIS? Why should they fight something that they themselves created and funded? Or is it show to show SAA no mess around, but it won’t go thru.

USA supported them hard for some time as the last good possiility to remove Assads. They and the rest of the world has been figting them since they came of of hand.

You are a little liar, or a coward refusing all uncomfortable facts.
As Dane probably the latter.
Salman admitting US/UK demanded Saudi to create salafi schools to defeat communism: https://news.cgtn.com/news/34456a4d316b7a6333566d54/share.html
Print from one of the salafi school books to Afghanistan printed in New York. 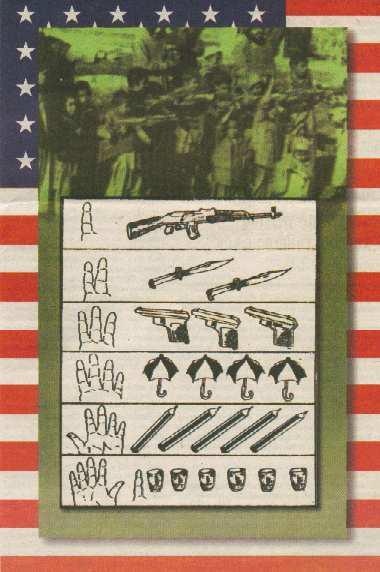 If this is not enough for you escapism of reality lying for yourself, there is plenty of literature describing the same.

So all salafi and radical islam is purely in control of US/UK demand and management.

fucking bastards have no right being there and why nobody doing something?

Assads should have left the tuins of and almost state by accident named Syria. Soon Greenland will be green enough and the Inuits will be paid to use them for target practice.

Exactly. US will defend its gains and its own soil in al-tanf with all means against any and all terrorists.

Great American heroes are defending US National Interests in Syria. It appears Syria is situated right at the US border in Washington for some mysterious reason directly threatening the Good People of the USA: Syrians even throwing stones across the Syria-Washington border and shouting hate words toward proud USA families..
Thus Syrians are constantly terrorizing the poor folks of Washington state so much, Americans cannot even hold one wretched Pumpkin Festival in peace anymore.. What woeful situation. After this its fully understandable that Great Satan America established Al-Tanf to terrorize Syria and US Warplanes to carry out Training Sorties there. These pesky Syrians must be shown their place after all!

Some morons wrote this

They of course are totally wrong. I hope someone puts a hot big stone in Your as so the dirt and smell from is wont come here. Syria has asphalt. That might do it as well.