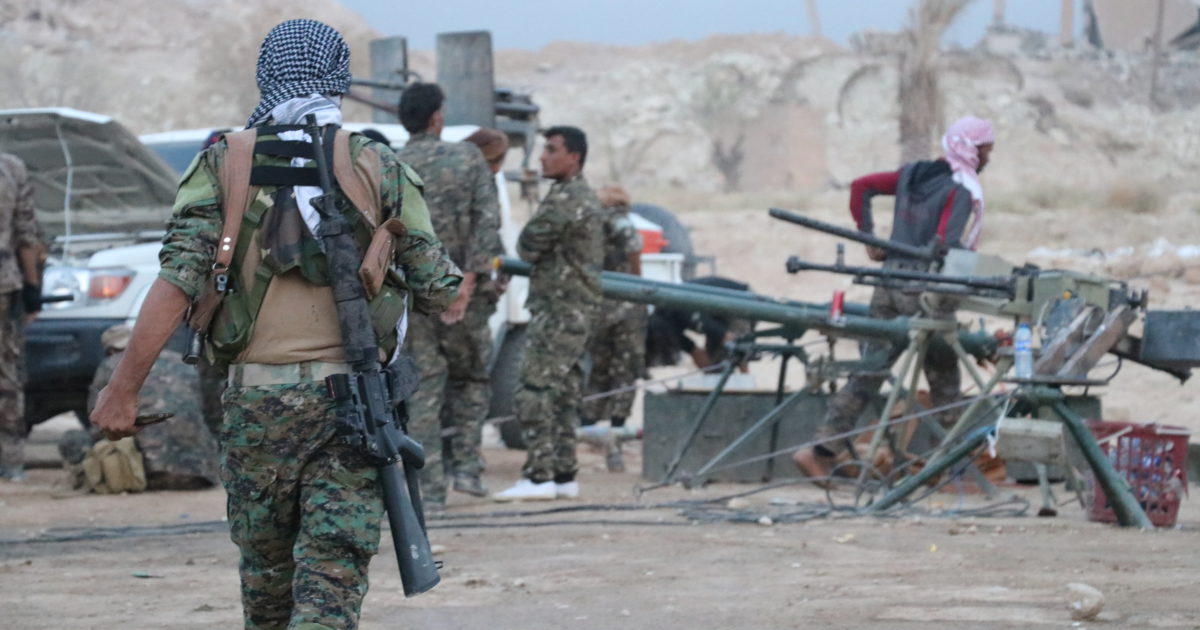 Late on April 29, the U.S.-led coalition and the Syrian Democratic Forces (SDF) launched a large security operation in the district of al-Sur in the eastern Deir Ezzor countryside.

While the UK-based Syrian Observatory for Human Rights (SOHR) reported that the operation is only targeting the town of Ghribah Sharqiyah, local sources said raids are also taking place in the nearby towns of al-Sakar and al-Ashaytah.

“ISIS fighters are active in Deir Ezzor’s countryside, killing and assassinating SDF service members there,” the monitoring group said in its report.

Warplanes of the U.S.-led coalition are taking part in the ongoing operation, providing cover to troops conducting raids and combing the towns.

A day earlier, the SDF, backed by U.S.-led coalition helicopters, carried out a limited security operation near the town of Jadeed Ekedat in southeast Deir Ezzor. Four ISIS terrorists were captured in the operation. Assault rifles and explosive materials were also seized.

The U.S.-led coalition and the SDF are intensifying their counter-terrorism operations in Deir Ezzor’s countryside. Many SDF personnel and local officials in the region were killed by ISIS cells over the last few months.

Again why do you waste time repoting from a fake group like ” UK-based Syrian Observatory for Human Rights (SOHR)” there Southfront.