On May 17, the U.S.-led coalition and the SDF carried out a new counter-terrorism operation in the southeastern Deir Ezzor countryside.

According to local sources, the operation targeted two ISIS commanders in the town of al-Busayra. Coalition forces landed with helicopters, while a convoy of SDF forces closed the town and surrounded the terrorists’ houses. 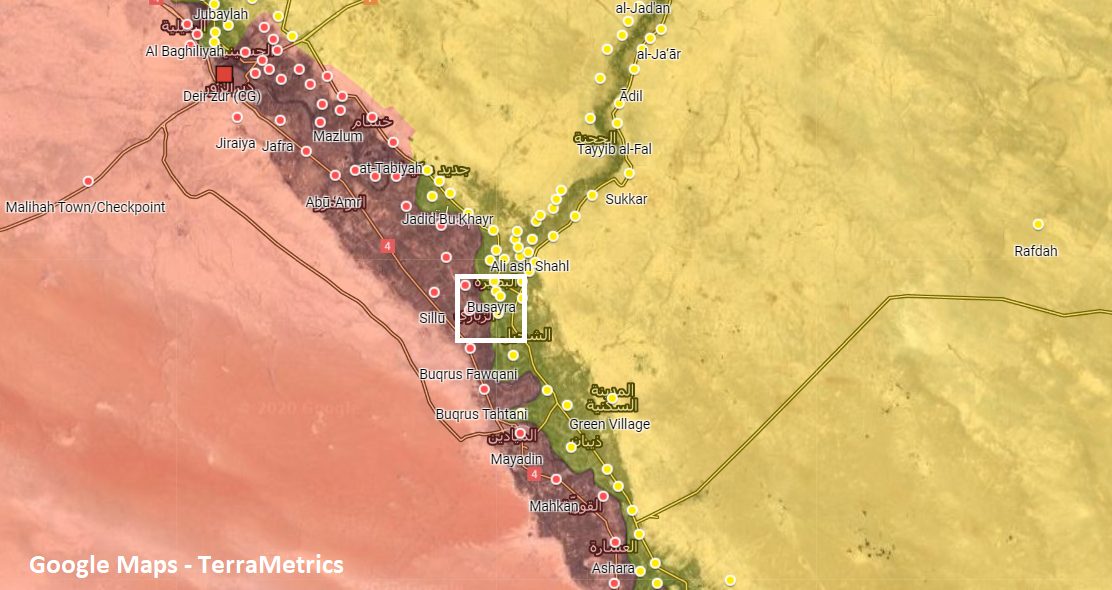 The al-Busayrah raid was the most recent in a series of operations targeting high-ranking ISIS terrorists in Deir Ezzor. Three days ago, two ISIS terrorists blow themselves up when coalition forces attempted to arrest them in the eastern countryside of the governorate.

The recent counter-terrorism operations improved security situation in Deir Ezzor. However, ISIS cells are still active, even if on a smaller scale.

Funny how the US Zioterrorists cunts are always killing ISIS commanders and doing “anti-ISIS ops” as ISIS becomes stronger and stronger as a jihadi guerrilla, carrying out attacks on SAA forces from US/SDF-occupied territory.

This is not true, it is a lie. They haven’t been doing and done anything.

Oh yeah that’s right, we all should believe what “coalition” claims. We can expect more Isil attack on SAA, at least they’ll try, because American Saudi master told them Wahhabi evil so.

Americans killing their former empolyees that decided to leave them…

Remember USMC Major General Smedley Butler’s “War is a Racket”? How he said he was a “gangster for capitalism”? The NWO’s bankster imperialism is like a gang. “Blood in, blood out.” “Snitches get stitches.” You get the idea…