The son of a prominent tribal leader in Deir Ezzor was mistakenly killed on September 20 by the U.S.-led coalition and the Syrian Democratic Forces (SDF) during a security operation.

The victim Majed Jameel Mahmoud Jadaan al-hafal is the son of Sheikh Jameel al-hafal, a prominent leader of the Al Uqaydat tribe.

According to the Syrian Observatory for Human Rights (SOHR), the incident took place when units of the coalition and the SDF stormed the town of Diban in eastern Deir Ezzor in the early hours of the morning to arrest ISIS operatives.

“Two citizens were killed when the SDF opened fire at them because they left their house to see what was going on in the area,” the UK-based monitoring group said. 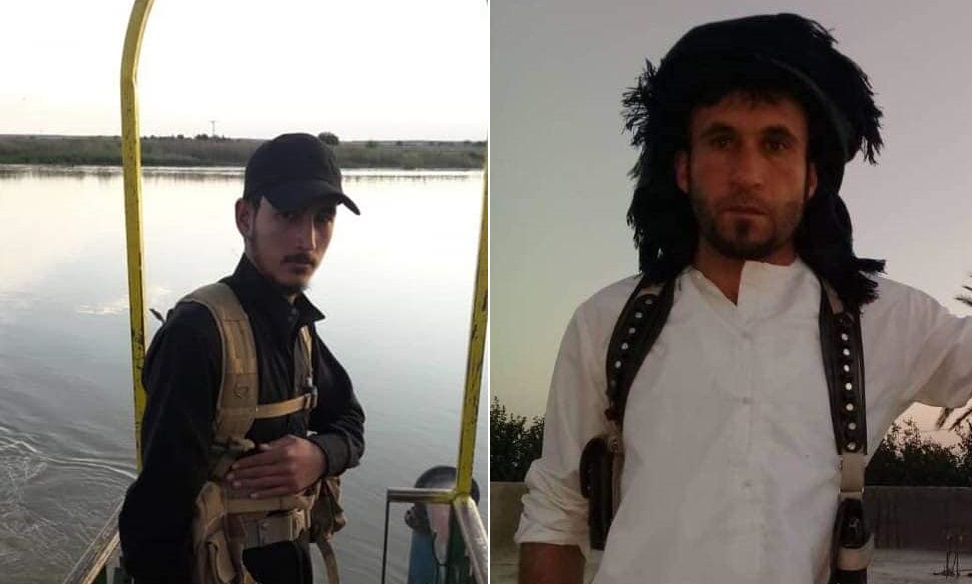 Majed Jameel Mahmoud Jadaan al-hafal on the left side and Ghiath Altif Fawzi Abdulmohsen al-Hafal on the right.

Pro-government activists said that Sheikh Jameel al-hafal was later arrested by the U.S.-led coalition. However, this is yet to be confirmed.

The U.S.-led coalition and the SDF have ignored the incident, so far. In the last few months, many civilians were killed in similar operations. However, the coalition is yet to improve its procedures.

The Kurds are gathering a whole new batch of people with scores to settle with them. Not very smart.

Trigger happy terrorists playing at being cops. These terrorists now feel that they can take on social administration tasks, which is thoroughly ridiculous. They are murderous bandits, and nothing more. Their scant regard for the deaths of bystanders shows a distinct lack of respect for anyone apart from themselves. The stolen little enclave of headchoppers is about to come to an end, and not before time.

This bodes well for relations with the locals. Not.

You can call me Al
Reply to  Herbrecht Von Jeromen

All tribes unite to take on SDF and US ?.

Lazy Gamer
Reply to  You can call me Al

These trigger-happy fools will be so scared, so unbelievably scared the day they die; it will be pure horror.

Shoot first, don’t ask questions later, remain unrepentant, blame the victims. There is the formula for zionism, and it seems SDF too.

But why has SF not reported on demonstrations in Salhiya, north of DEZ city and elsewhere where refugees were not sllowed to return and they now demonstrate, demanding SAA iand Iranian proxies go to h*ll and leave, handing over those places to SDF and that SAA opened fire on the protestors, killing three and wounding a dozen?

How is that for impartial reporting?