The U.S.-led coalition has carried out a series of airstrikes on training camps and weapons depots of ISIS terrorists in Syria and Iraq.

“Combined Joint Task Force – Operation Inherent Resolve used airpower to strike at the heart of Daesh [ISIS] this morning, destroying their terrorist training camps in the remote Badiyah Desert, Syria,” the spokesman said on Twitter, adding “Working together, the Coalition and the Coordination and Military Operations center of the Syrian Democratic Forces (SDF), remain the most capable force to stop Daesh from launching attacks in Syria and abroad.”

Last month, the SDF and the U.S.-led coalition carried out a large-scale operation on the border with Iraq. The operation targeted hideouts and smuggling routes of ISIS terrorists.

Meanwhile in Iraq, the coalition also carried out a series of airstrikes on weapons depots of ISIS in the eastern province of Diyala.

In the last few months, Iraqi government forces stepped up their operations against ISIS cells in the western, northern and eastern parts of the country.

The U.S.-led coalition’s new airstrikes indicate that ISIS terrorists are stepping up their activities in Syria and Iraq. The terrorists are possibly working to reemerge in both countries in a similar fashion to what they did in 2014.

Liars, they do nothing but lie.

The americans parashuted warwidows to them, so they could make more babies.

U.S.-led Coalition Hit ISIS Training Camps, Ammo Depots with money and bags of drugs. Multiple casualties as ISIS is full with cash and high on drugs.

Yees and next they will send 5 aircraft carriers with naked cheerlaeders up the Eufrat and all from ISIS and Assads with demand to protected by high landmines and electrified fences. General Ford has just passed west of Bagdad. 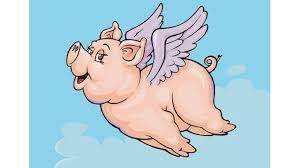 It’s the wrong enemy my dear Amercan friends, you should hit the PMU and let ISIS slaughter the Iranian terrorists that operate in Iraq and the ones who cooperate with them.

I’m done apologizing Ranger.
If my choice is between the Iranian terrorist proxies that threaten my country or ISIS, then I choose ISIS. I’ll repeat it again – I choose ISIS. I hope the Americans wake up and start wiping out all the PMU bastards in Iraq, and let ISIS finish the job.

Oy gevalt.
That aint kosher.
And Im not joking…

I’m not joking either, and it’s not because I love them. It’s because they are less worse for us than Hezbollah, the PMU or the Houthi bastards that shout death to my country.

I know that you arent.
For you maybe, but for everybody else they are a 100 times worse.
They are literal demons in a meatsuit.
I wont repeat myself about moral highground, told you more than once about it, I dont want to bore you with it again.
But it still stands.
Its never too late to reevaluate your stand.
I will pray for you.
Im not joking now either.
Have a nice evening.

As a matter of fact, I said here many times I had killed Hamas militants during my operations in Gaza. If ISIS were to shoot rockets into my country, I would kil lthem too without a second thought. But they aren’t, they are not the ones having 150K rockets aimed at our cities that might kill my family. It’s Hezbollah, it’s the PMU that obey Iran and come to Syria to operate against us, it’s the Houthis that threatned more than once to shoot ballistic missiles over here. So tell me ranger, if you were an Israeli, who would you prefer?

Neither.
They are both bad, one more than the other.
But following your logic, if isis would win you would be in the same situation, probably worse.
A giant caliphate in tgze middle east against Israel, I know what would happen.
Tactical nukes… one city after the other, till they are gone.
So at the end of the day you would be forced to kill isis.
There is only two difference, for one you would lose the moral highground, bigtime.
Second and thats the mire imoprtant one the body count would be in the millions.
Dropping that many nukes wouldnt be too good for Israel either, desert and radiation are a bad mix.
So whats the solution…?
I think its the good ol mutual assured destruction.
I would let Iran have their nukes.
So what, as you said they already have 150,000 rockets or more, they can cause almost as much damage as nukes.
But…
I would tell them, from now on its peace, you(Iran) fire one ballistic missile, conventional or nuke tipped at one of our cities and Tehran is gone, you fire another one…, Than the second biggest city after Tehran is gone and so on.
Its simple.
You have technological superiority, Iran knows that, but neither of you can stop, its like Athen and Sparta fighting eachother for total dominance in the region, which was very dumb to do in retrospect.
So thats my standpont…
Maybe you think Im naive, but its time to try something new because the old recipe aint working anymore, in fact its gradually getting worse for all sides.

The thing is Ranger, Iran won’t be stupid to shoot nukes over here even if they had one. More likely if they wanted to attack us, they would give it to Hezbollah to shoot it from Lebanon into Israel or to make a dirty bomb amd blow it at our border. At the end of the day I agree, both shia and sunni terrorists need to die. But we would probably have to deal with Hezbollah first, depends if they succeed in their plans to kill an IDF soldier. I can promise you our response won’t be like anything they’ve seen before, and if Hamas or other sunni organization joins the war then we will crush them too. No one will shoot rockets here and remain safe, that’s for sure.

In my opinion it doesnt matter from where the rocket or bomb is fired.
Its the same as with Russia and the U.S.
Putin told the U.S. it doesnt matter if the nuke comes from the EU, Russia will consider it as an attack by the U.S. and will hit both the EU and the U.S.
He even named the 7 places in the U.S. to be hit, plus the NATO HQ in Brussels and if course the bases from where the attack was coming from as well.
Im pretty confident Hezbollah wouldnt dare to fire a firecracker if they knew for every rocket minus one city.
And why wouldnt it work…?
It did during the Cold War, and it still does.

I agree, I hope we won’t have to reach that point. I also don’t trust Bibi to lead us in a war, that traitorous coward will get many of us killed to keep his seat. I want to see Gantz as my leader before the real mess begins.

Indeed.
I also think Gantz would be better.
Bibi is too much like Pimpeo, and that aint good.

If we make a world poll, you will find out that 90% of the population want to see your state obliterated.

I wouldn’t be surprised if we found out the PMU were actively cooperating with Isis, it certainly appears as if they are.

The US has put its foot down with the Iraqi Government and drove another wedge in between them and Iran, and a year ago I’d have been saying that was bad, but now I say good on them, the religious zealots that run the Iranian Government don’t know how to compromise so they can’t be bargained with, so what’s the point trying, now the KRG will benefit from the Iraqi Governments reluctance to take a stand.
……….

The Kurdistan Regional Government only released a brief statement on the meeting between the officials.

They discussed “the latest developments and changes in Iraq and the wider region” and “the importance of security cooperation” between the Kurdish and federal security forces in the fight against the so-called Islamic State, especially in territories disputed between Erbil and Baghdad.

The officials also reiterated the need to resolve outstanding disputes between Erbil and Baghdad “on a constitutional basis,” the statement added.

The gathering comes days after six rockets struck outside the Erbil International Airport (EIA), where US-led coalition forces are stationed, without causing any casualties or damages.

The latest incident occurred as the US threatened to shut down its embassy in Baghdad in response to repeated attacks on US forces and interests in Iraq by Tehran-aligned PMF members.

Kurdish security officials directly blamed PMF members for the attack as the rockets were directed from an area apparently under the control of its 30th Brigade. Also known in Arabic as the Hashd al-Shaabi, the umbrella organization is primarily made up of Iranian-backed militias.

Prime Minister Barzani stated in a tweet that the Kurdistan Region “will not tolerate any attempt to undermine” its stability” and warned, “our response will be robust.”

He also noted that he had spoken to Iraqi Prime Minister Mustafa al-Kadhimi about “the importance of holding the perpetrators accountable.”
…..

“ERBIL (Kurdistan 24) – On Saturday, the Iraqi Ministry of Foreign Affairs announced that Minister Fuad Hussein had received a phone call from his US counterpart, Mike Pompeo.

The ministry said that the conversation came a day earlier, focusing on bilateral relations and the US decision to shutter its Baghdad embassy as rocket attacks and roadside bombings continue to target US forces and interests across much of Iraq.

Read More: Baghdad, both Iraqis and foreigners, roiled by US threats to close its embassy

“The Minister expressed concern about this decision, despite it being a sovereign decision on the US side, but it may lead to outcomes that are not in the interest of the Iraqi people,” said a Ministry of Foreign Affairs statement.

Minister Hussein stressed that “the Iraqi government has taken a number of security, organizational, political, and diplomatic measures to stop the attacks on the Green Zone and the [Baghdad] airport, and there will be tangible positive results in the near future.”

It added that the two sides discussed various “future possibilities” regarding the status of US diplomatic missions in Baghdad and noted the importance of continuing to exchange views and communicate to find solutions to the crisis.

From his side, the US Secretary emphasized that US-Iraqi relations are “important” for both sides, according to the statement. Pompeo also promised to take what he discussed with Hussein into consideration.

Hussein on Wednesday called on the White House to reconsider its decision to close its embassy in Baghdad. That same day, six rockets landed outside the Erbil International Airport, close to the US-led Coalition against ISIS’s base in Erbil province.”