The U.S.-led coalition announced on June 12 that it had air-dropped supplies for its troops and the Syrian Democratic Forces (SDF) in northeast Syria.

In a statement on Twitter, the Special Ops Joint Task Force of the coalition revealed that the resupply operation took place on June 5.

“Air drops such as these come to signify the enduring partnership between the SDF and the Coalition throughout the ESSA,” the statement reads.

On June 5, 2020, the SDF and members of the SOJTF-OIR Coalition conducted an air drop in Northeast Syria for resupply. Air drops such as these come to signify the enduring partnership between the SDF and the Coalition throughout the ESSA. #DefeatDaesh #SDF pic.twitter.com/OLNpC81mLl

The coalition usually resupplies its troops and the SDF through the Semalka border crossing with the Iraqi Kurdistan Region. Dozens of supply trucks enter northeast Syria through the crossing every month.

In April, the U.S.-led coalition air-dropped logistic and military supplies for its troops in the eastern governorate of Deir Ezzor. Back then, the Semalka crossing was deemed unsafe due to floods.

The U.S.-led coalition and the SDF are stepping up their operations against ISIS cells in northeast Syria. Last week, a vast region between al-Hasakah and Deir Ezzor was combed in a large security operation. More than 100 suspects were arrested. 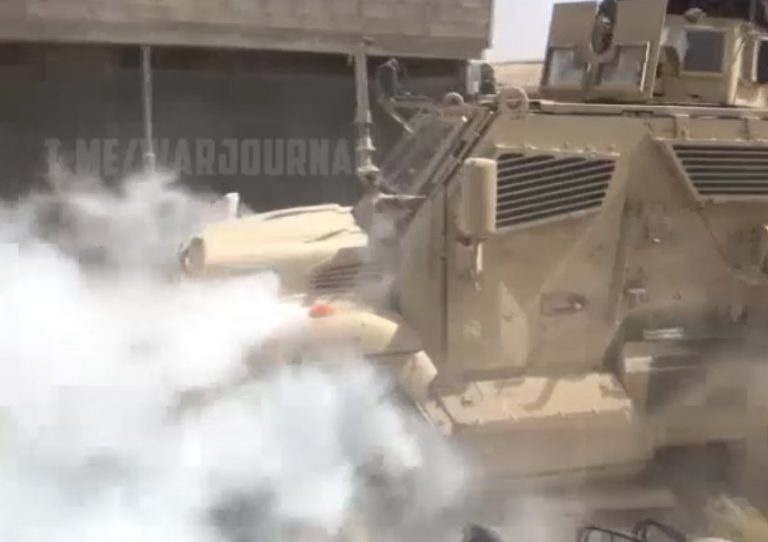 Muslims going to kill each other nothing else to see here