The U.S. Department of Defense announced early on March 13 that it had carried out “defensive precision strikes” against Kata’ib Hezbollah (KH) in Iraq.

In an official statement, the DoD said the “defensive strikes” were carried out in direct response to the threat posed by Iranian-backed Shiite militia groups, holding these group responsible for recent attacks on its bases in Iraq.

“The United States will not tolerate attacks against our people, our interests, or our allies,” Secretary of Defense Dr. Mark T. Esper said. “As we have demonstrated in recent months, we will take any action necessary to protect our forces in Iraq and the region.”

Airstrikes were also reported near the eastern Syrian city of al-Bukamal on the border with Iraq. A wave of airstrikes targeted Iranian forces’ positions there a day earlier.

Some Iraqi sources claimed that British warplanes took part in the attack. However, this is yet to be confirmed by the UK.

Initial reports indicate that some of the U.S. strikes resulted in causalities. Several sources are talking about at least one civilian casualty in a strikes on an airport near Karbala city. These reports are yet to be verified.

The strikes were meant as response to the March 11 rocket attack on Camp Taji in central Iraq. The attack claimed the lives of three U.S.-led coalition service members, two Americans and a British.

Earlier today, KH released a statement praising the attack on Camp Taji without claiming responsibility for it. The group called on the perpetrators to reveal themselves, promising to support and protect them.

If the reports of human losses are true, the situation could escalate even further in the upcoming few hours. Iraqi Shiite groups had vowed to expel U.S. forces from Iraqi by all possible means.

Any excuse to get rid of the enemies of ‘America’, even if you have to make it up. Problem, reaction, solution.
Always so convenient. If the PMU stops attacking ISIS and closes the border crossing between Syria and Iraq, they will probably be left alone.
Here’s to the PMU continuing to foil the plans of the Evil Ones.

The only thing America has got left at the moment is: AIRSTRIKES….their foot soldiers the ISIS 7th Cavalry under Command of General Elliot Shimon already got decimated….

Nice to have some crispy Khomeinis again. :) Keep them grilling.

Looks like a weak and meaningless response Adi.
Trump is too busy mismanaging the Coronavirus problem right now.

These are just cosmetic theatrics for domestic consumption and have no real effect.

..and his tongue is getting tired.

I will have to wait to figure out what is going on. Too many moving parts now. This does not seem to be that big an attack. So far it is 3 to 0, the original attacker winning. In a little bit of time, all will become clearer. Moment by moment will be way to confusing for the time being. My take.

After the Iraqi politicians demanded the US leave Iraq it seemed to be forgotten about, which the US would see as Iraq backing down. Perhaps these attacks by both sides will lead to the hastening of the US departure, which can only be good for all the countries in the region.

Why doesn’t the US strike with full force like Russia did in Syria against FSA-HTS-ISIS.

First of all the US has no right to be in Syria,
never mind act as judge, jury and executioner.

The suggestion by BdL is not for a strike in Syria.

Forgive me for not being correct and clear,
The US has no right to be in Iraq or in Syria. In January Kata ‘ib Hezbbolah were struck on both sides of the Iraqi-Syrian border as they were active hunting ISIS in that area.
Where they were struck this time is secondary to the US having no right to act as Judge, Jury, and Executioner.

OK, thanks for the clarification.

Because USA needs to use this as false flags

Americunt losers are using the Zionist model of cosmetic “precision strikes” against mud huts in the middle of nowwhere. The FACT is that the Americunts are very vulnerable and have lost all the Zionist inspired wars in the region and the resistance is just starting.

The USA has been attacking Iraq since 1989 and refuses to leave them alone. Marinate on that for a moment.

“amerikans r troubled by a basic insecurity that is displayed in their need to over-compensate…only in the USA is the father vestigial: the amerikan mind and conscience is feminine””. Geoffrey Gorer
“amerikans r ontologically insecure”. RD Laing
“meridians have been liars and braggarts for 3 centuries”. Daniel Boorstin
of course, only amerikans use the term “self conscious” to mean insecurity; even the British use it to mean self awareness

PMU dont use home made rockets.. They are part of the Iraqi army.. US cant track down the people doing this so any excuse.. But this will make the PMU also strike back. They cant keep ignoring getting attacked when they are fighting ISIS..

More nonsense from the idiot seppostanis…. the rocket attack was almost certaily by an ISIS cell, just like the last one, but these fucking morons just have to attack Shia allies of Iran…..

Jepp, it was a false flag ‘Gulf of Tonkin’ style attack, therefore I have doubts that anybody was killed in Camp Taji…

The PMU is part of Iraqi army. That should disqualify the US from Staying in Iraq.
The US must leave.

The U.S. is already disqualified from staying in Iran, the Iraqi parliament voted months ago for them to leave, and the government officially asked them to leave. The U.S. has refused and is therefore an occupying army which can be legally attacked by all means, as per the UN.

Well, the action against the US is then very timid. Don’t you think?
They voted but then peddled because the prime minister is not apparently legit since he is on a temporary capacity.

Some of the so-called political analysts and the Kurds in Iraq are still looking to keep the US in the country.
Not so easy.

Political analysts do not get to decide whether the U.S. stays, other than through the polls like the other citizens. Nevertheless, whatever they or the Kurds want, the fact is that the Iraqi parliament has voted on it, and the government has formally asked the U.S. to get lost.

So, yes, it is dead easy for the U.S. to implement what needs to be done without any backtalk: pack up and go. Since it has formally refused, it is now an occupying power by any definition. Period.

Bombing ideas never works. It didn’t work in Korea or Vietnam, and is failing in Syria and Iraq.

It is not failing in Syria and Iraq, it has already failed. And in Yemen, in Libya, in Afghanistan, …

Downvoted by a guest vote? Talk about commitment

Probably a HasbaRat-Stalker…just consider it a compliment…

If the OUTLAW, psychopath-run, blackmailing, sanctioning, belligerent, rogue empire-in-decline dares to attack Iran directly there will be a bloodbath in the whole Middle East, and there will definitely be 1 tiny, illegitimate, nazi-like country wiped off the face of the earth.

Whether that tiny racist cancerous boil goes or stays, 1 thing is sure: the empire-in-decline will be harassed until it leaves its illegally occupation of Iraq and Syria.

Are you talking about us you dirty Persian? Don’t start something that will make you regret you did it, Israel is not Yemen or Iraq.

Be silent, shit-stain. Your pissant little patch of land will be cleansed one day, and your filthy kind will scream as they burn. :-P

Your stinking, filthy, ziofascist, genocidal apartheid state is too cowardly to take on a real opponent, hence its specialisation to kill defenceless civilians.

No, that stinking garbage dump, that cancerous racist boil, is not Yemen, the Houthis are far more courageous that the IOF bog rats.

Arabs are only good to be used as cannon fodder and be targeted with bombs. Islam is such a stinky religion, just like the mullahs themselves.

Even if what you say about Islam, it is still surpassed by the ziofascist religion that is blatantly repeating what its Nazi role models did before. That is why your beloved stinking ziofascist garbage dump only dares to take on defenceless =civilians, and preferably children.

Shoah 2.0 coming up you gas oven fodder piece of shit. My ancestors razed Jerusalem to the ground and it will be razed to the ground again, with all your kind in it.

Come and get what you deserve then.

What you gona do kike ? Throw a playmobil at them ? Or some other toy ? Go back to your momy.

Ilike the sound of the bomb :)
now where is the resistance and death to america hahaha

It is simple. They don’t have time for such luxury problems. If you or your family are in a permanent danger, your house bombed to smithereens and so on, than your thoughts are focussed more on existential questions and not on yourself.

They were burned by the U.S airstrikes good, please more news likw that! 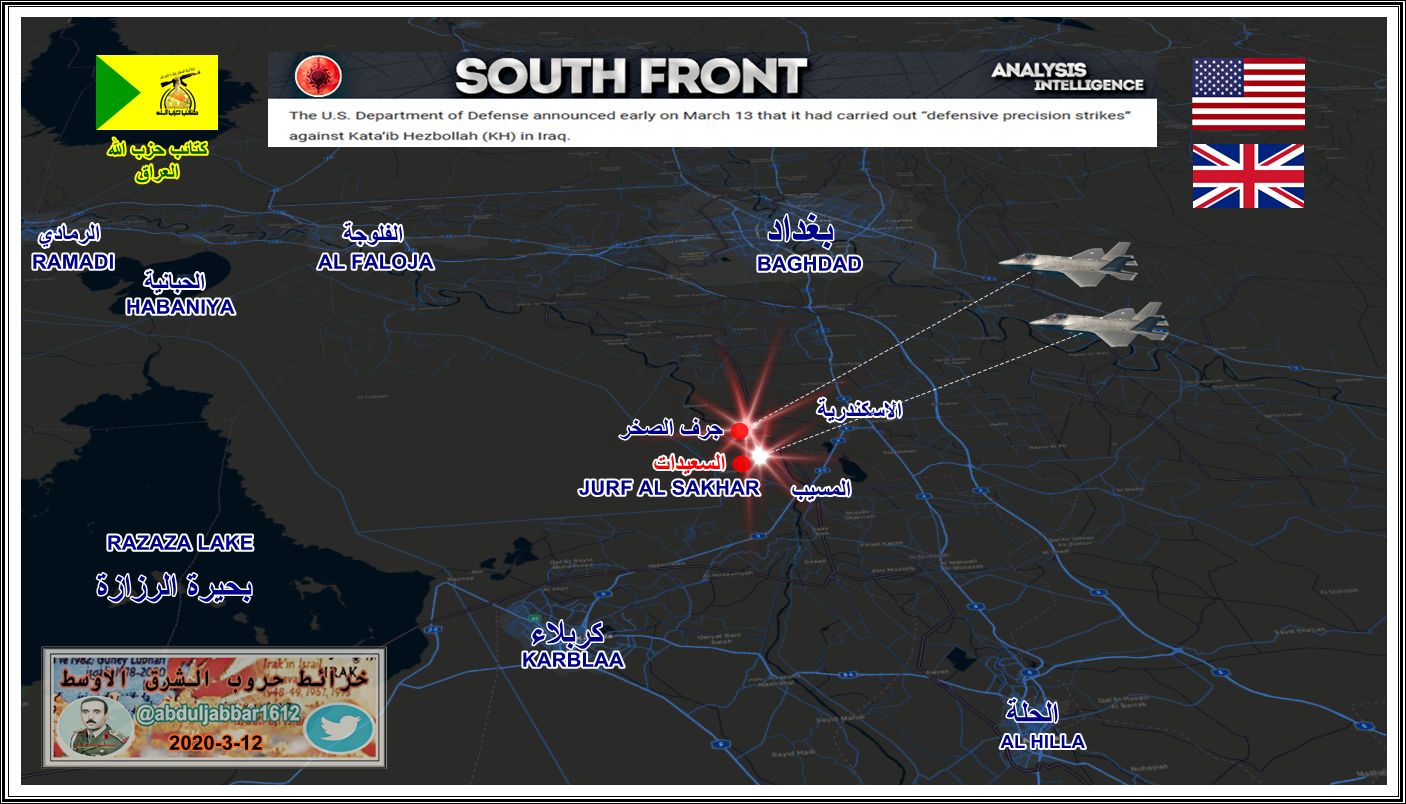