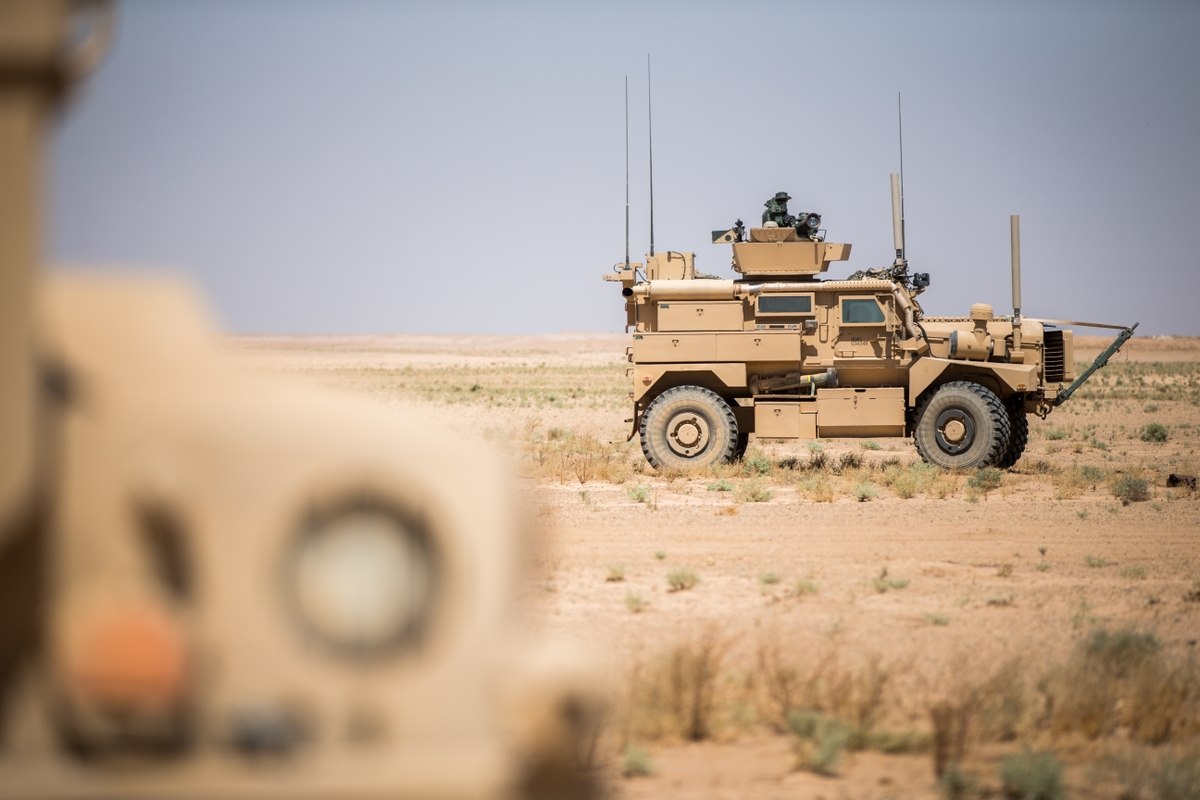 The U.S. could be planning to establish a new base in a former Syrian air-defense site in the eastern governorate of Deir Ezzor, the Deir Ezzor 24 blog reported on November 2.

A local source told the pro-opposition blog that a convoy of U.S. troops, including advisers and officials, visited the 113th Air Defense Brigade base in northern Deir Ezzor and collected info and photos.

“Information circulating in the countryside of Deir Ezzor, which is under the control of the Syrian Democratic Forces (SDF) and the International Coalition, say that the Americans intend to convert the 113th Brigade into a new U.S. base,” Deir Ezzor 24 quoted the source as saying.

The 113th Brigade base was one of the biggest sites of the Syrian Arab Air Defense Forces (SyAADF) in northeast Syria. Several Soviet-produced SA-6 air-defense systems and Shilka self-propelled, radar guided anti-aircraft weapon systems (SPAAGs) were stationed there.

In 2013, the base was attacked and captured by a joint force of the Free Syrian Army (FSA) and al-Qaeda’s branch in Syria, the al-Nusra Front.

The establishment of a new U.S. base in Deir Ezzor appears to be a apart of Washington’s new policy in northeast Syria, which based on controlling the war-torn country’s oil fields.

An air defense base right across the river from Deir EzZor? Hmmm… Well, you didn’t expect Israel to fly missions against the Shia Arc PMU in Syria and Iraq without adequate radar coverage, did you?

Guess that is what they mean by pulling out. Not the first time Trump has stated that and then doubled down on Forces, just weeks later.

Off topic, but, nice to see the people of Poland remember history, even if there political leaders do not.

“We Remember You!”: Poles Lit Thousands of Candles at Monuments to Red Army Soldiers… https://www.stalkerzone.org/we-remember-you-poles-lit-thousands-of-candles-at-monuments-to-red-army-soldiers/

No doubt the White Helmets false flag, using the $4.5 million bonus from Trump, will be part of the opening ceremony, for yet another US military base in a sovereign nation, with no permission for the US to legally be in the country.

Ceasar Polar
Reply to  AM Hants

Most of the white helmets NWO agents are being shipped to Canada, apparently… they promised them a passport and a “better life” in the frozen-wasteland, zioNazi fief.

AM Hants
Reply to  Ceasar Polar

Wonder if Canada will then ship them to Ukraine, to team up with their Nazi mates? Do believe that Canada has many contacts, over in Ukraine, with those proud of their swastika tattoos and far right ideology.

every single USA/Turkish base in Syria should be tochka’d by SAA :) just ask the Houthis how effective they are