The U.S. is planning to establish a military base in the Lebanese coastal town of Behdaidat in order to “monitor and deter” its enemies in the region, the Lebanese al-Joumhouria newspaper reported on March 27. U.S. Secretary of State, Mike Pompeo, personally inspected Behdaidat, which is located in the district of Jbeil, on March 23. During the unusual visit, Pompeo committed a half million U.S. dollars for the renovation of a historical church in the town. According to al-Joumhouria, this money could buy half of the 10km2 town’s properties.

Pompeo heavily criticized Hezbollah in the course of his recent visit to Lebanon. The senior diplomat called the Lebanese party a terrorist group and accused it of working to take over the country.

“Lebanon and the Lebanese people face a choice: bravely move forward as an independent and proud nation or allow the dark ambitions of Iran and Hezbollah to dictate your future,” Pompeo said during a press conference in Beirut on March 22, according to New York Times.

Experts told al-Joumhouria that that the strategic location of Behdaidat could allow the U.S. to monitor the coastal line and several alleged supply routes of Hezbollah. The experts predicted that if the base was indeed established, it would be only a part of a network of new bases that could cover a large part of Jbeil.

Al-Joumhouria’s claims remain unconfirmed. However, Hezbollah and its allies control the majority of the Lebanese Parliament seats. This means that they should be able to stop any US attempt to establish military bases in the country, at least by a legal way.

Sigh, do we remember what happened the last time we did this?
So if we are attacked what are we going to do, nuke the country.

better to nuke the squatters in tel aviv since they are the sole reason for whatever goes wrong in the middle east, oh yeah that’s right, for fatso and his merry band of corrupt and criminally insane brethren it would be tantamount to shooting himself in the foot since it’s the squatters that pay all the extras outside his government salary, it’s called fat cat fringe benefits.

Whoever in Lebanon is entertaining the idea of giving the Ziocorporate US terrorists a base on Lebanese lands must be executed summarily. Having the Rothschild neocolony in Palestine just across the border is damage to the region by the Anglo-Franco-Jew warmongering powers of the West, but of course, this is likely to cause a civil war to weaken Lebanon and give the terrorist landgrabbing invaders of ISISrael chances to expand their neocolony.

wonder what hezbollah will do with the poor sods from moronistan – send them home in body bags as per usual. an idea from fatso which is dead on arrival, like so much else from him. doa!!

How have they even got the gall to announce this ?.

I have a terrible feeling that once the Gaza Strip is taken and the Palestinians are eliminated from there – The Lebanon is next. The greater Israel project is full steam ahead, so we should expect a rocky ride in Syria as well.

I wholeheartedly agree with you Al

Just don’t understand how US people thinks. Did they have permission to do that? Brainless people surely it would never be allowed by Lebanon after all US helped Lebanon close to zero

First we had Jerusalem recognized as Capital followed then by Golan land-grab “recognition” as Sovereign Israeli territory. Now we have Lebanon being proposed as a watching post and Base for US Ops against both Syria and Russian Bases in Syria and as soon as the Elections in Israel have concluded, we will have the West Bank, or at minimum, one of its 3 Areas being confiscated by the Israeli State and being formally recognized by Trump and his NeoCon / NeoLib Puppeteers. What will be the straw that breaks the Camel’s Back? When will Russia finally assert itself? Israel is no friend of Russia and the sooner Putin summarily dismisses his surrounding Zionist cabal or, the sooner the Russian Military finally calls a halt to Putin & the Cabal’s constant knee-bending to the Zionists, asserts Russia’s Sovereignty and replaces Putin with a President willing to stand up for Russian interests in the Middle East, the better for all concerned. This Report comes soon after we hear Reports that Israeli Forces notified Russia of its intention to bomb Syrian Military Sites in East Aleppo where Iranian tech is being deployed for purposes of manufacture of Missiles for the Syrian Army and Defense Forces and that Russia green-lighted the Israeli Air-Force bombing mission, coming in from North-East Syria having traversed the Jordan Border in order to take cover from Syrian detection.The terms Butt and Fuxx come to mind and I wonder whether Putin likes the idea of Trump’s ramming of US hegemony up the behinds of Russia, Iran and Syria in Syria via the convenient cut-out of the Israeli Air-Force. Lest anyone forget, Trump’s NSA is #PsychoBolton, an Israeli Citizen and a rabid and mad-dog Zionist who bears no loyalty to America and who is only interested in pursuing US Strategic Goals in the Middle East that benefit Israel.
Moscow? I hope someone with a brain is reading this.

In all wars the winner is the keeper of all gains. So suck up your lies.

Duh! In case you aren’t up-to-date with the daily position in Syria, the War within Syria continues. Just as soon as Syria is prepared, there will be one almighty assault on the Golan all the way to the Sea of Galilee . Meanwhile, please be assured that Hezbollah are well prepared to defend Lebanon’s Borders against attack by Israeli-US greed.

Oh, but you are so modest, aren’t you? I wonder why Mr Putin has not used his KGB skills to identify your talents and offer you a position of an adviser?
Shame navalni, by the way you sound like PCRoberts who fell off my list of respected analysts and got a position in the war mongering club. You have been around for quite awhile now. One with brains should be able to see the situation and judge accordingly.

You think Navalny and his cronies who are so happy with BiBi & Likud in Israel and on the West Bank and Gaza should remain in Government in Russia? I believe Putin should engage in a purge of the NeoCon Zionist-leaning cabal that surrounds the Kremlin and ensure the succession through his Defense Minister.

Navalni is not a major factor in Russian politics and who cares what makes him happy. Putin (and his government) is doing his best internally and externally to protect and restore Russia. People with brains should be able to see it. We have to acknowledge that the deep state has got its tentacles in every government, all over the world. It is bloodless war that will take longer than clearing Syria from the mercenaries of the deep state

Actually I both accept and applaud the enormous improvements in Russian Food Production over the past 10 – 15 years led by Putin. What we are not told in our media is that Russia has transformed its Agricultural Production to wholly Organic making Russia not just self-sustaining but, last year, made it the World’s leading producer and exporter of Grains. I don’t believe that would ever have happened without Putin. I object, not to Putin but to the coterie of plutocrats that surround him ……. those who stuffed their pockets throughout the 90’s at the expense of the Russian People.The sooner they are banished from the Kremlin, the better for all concerned.

You know, I tend to agree with your last sentence. That can happen and could be accelerated when the “plutocrats” in Wa-r-shington are put at the place they deserve: be it in Guantanamo or any other suitable place.

Easier to create WWIII than to prevent it with dignity and without putting an end to humankind.
Interesting in this context:
https://thedailycoin.org/2019/02/22/russia-and-china-are-containing-the-us-to-reshape-the-world-order/
https://iranian.com/2019/03/28/new-middle-east-alliance-shakes-world-powers/ 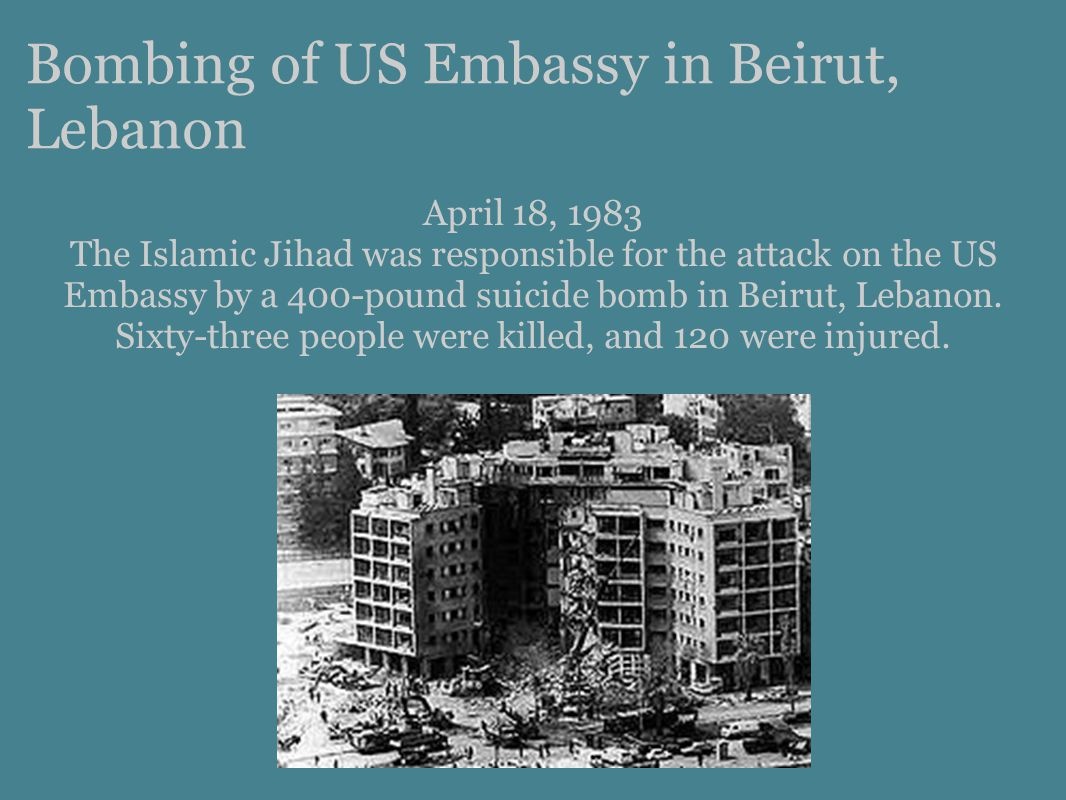 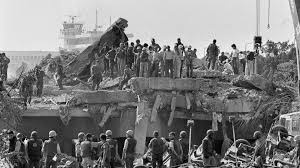 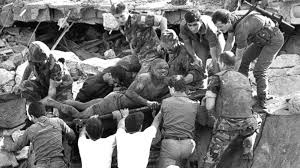 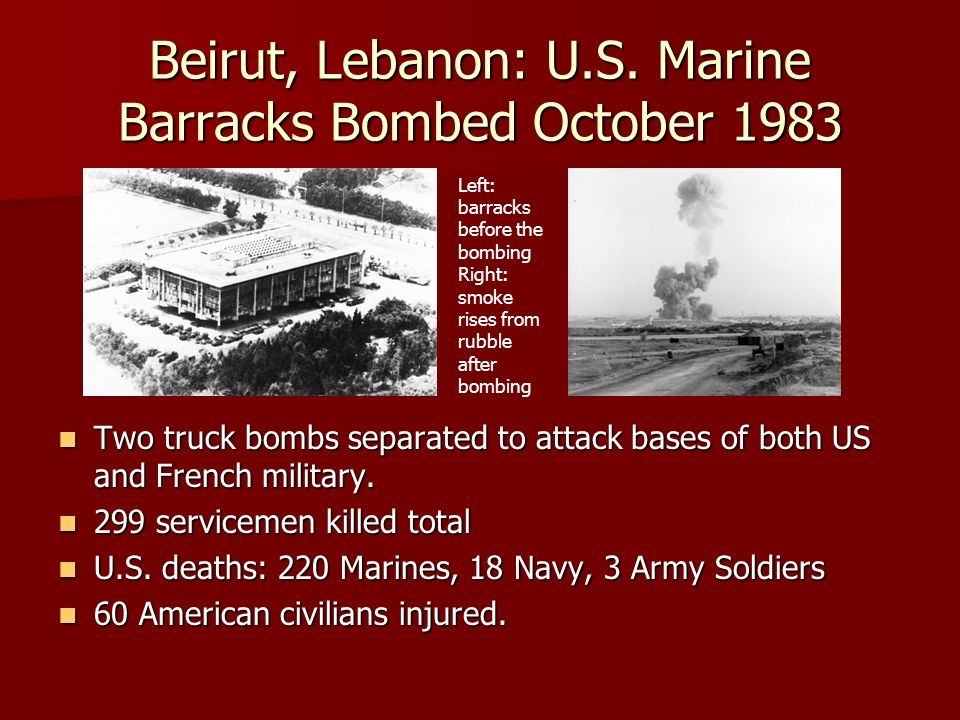 The film West refuses to admit exist and a war they claim never happened and a war you will never see in the history books. https://www.youtube.com/watch?v=f76qV9SN8_w

Thanks for posting this Tommy: 4,500 Hezbollah fighters fought the combined force of the Israeli Army and Israeli Air Force in S Lebanon for a month and drove them into the ground causing, ultimately, a disorganized retreat (read rush or run) south and back across the Israeli border. It’s the War that is never mentioned!

Lebanon (under Aoun, Hariri and Berri) said “no” to Pompeo’s requests:

• For Lebanon to give up one sixth of its water to Israeli control to facilitate gas exploration.

• To keep Syrian refugees in Lebanon (to pressure Syria).

• To align Lebanon with UK/US/France/KSA/Jordan.

But they somehow would have agreed to a US base off the coast?

Additionally, al-Joumhouria might want to get themselves up to date; $500K will not get you half of 10km2, yet alone half of 1000m2 in the region of Jbeil (Byblos).

Thanks for this local knowledge!

Thank you too for a balance view.

“However, Hezbollah and its allies control the majority of the Lebanese Parliament seats. This means that they should be able to stop any US attempt to establish military bases in the country, at least by a legal way”.

Thats why Pompus wants Hezbollah banned from the Lebanese Parliament and government.

Incredibly doubtful. Such base would have limited and would do little except expose US forces to attack. I think this news unlikely.

it wont happen just a propaganda . This is just to crete rift in lebnon.

You’re probably right. But throwing big wads of money around always has a peculiar effect on people.

Wait so they will invade Lebanon and set up the base without government support? The government invited Pompeo to come and see the place and set up a base? This makes no sense.

Pompous 40 Chins Pompeo must have forgotten what happened the last time US Marines went to Lebanon.

One bomb wiped out 220 Marines.
The Marines didn’t think they needed heavy roadblocks in front of their billet, and paid dearly.

Pompeo probably doesn’t know that, he was never in combat.

It is either utter BS and if true then the Lebanese have no say; can’t see that being the case with Hezbollah having some say.

The local reception of this will surely be mixed, but many in Lebanon will want this because of the internal tensions. Actual fighting is only occasional and small scale, but the Lebanese government is a mess and the possibility of another civil war is high given the plethora of rival factions inside the country.

US base in Lebanon? Puh-leez! This is israel cry-baby calling for the big bad daddy to come and “intervene” and tie Lebanese hands behind their backs so israel can have lots of cheap shots and go scot free. Cowards.