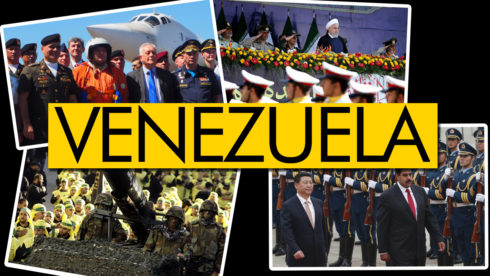 Venezuela has been plunged in an economic crisis due to the sanctions and act of terrorism of the US government who failed to install its puppet, Juan Guaidó, to control the country and its natural resources, and it may seem that the country would be unable to defend itself against the US overwhelming force, but the Venezuelan government’s careful planning made it impossible for the USA to have a chance at succeeding.

The Venezuelan forces consist of 123,000 active members, 220,000 paramilitaries and a reserve of 8,000 for a great total of 351,000 Venezuelans who are combat-ready. Venezuela also reports that it has a Bolivarian Militia of over 3.2 million volunteers.

The USA would neutralize the Venezuelan Air Force and Navy and be able to bombard industrial targets to destabilize the country.

After that, if the USA would want to win, they would have to send ground troops to occupy the country and the conflict would turn into an irregular warfare and this is where Venezuela shines.

It was reported that Venezuela held at least 1800 man-portable air-defense systems (MANPADS) in 2008 and its current exact number is unknown but has increased since. Venezuela does not hold any kind of MANPADS, but the advanced Russian-made 9K338 Igla-S (SA-24) MANPADS which can engage aircraft up to 6 kilometers (20,000 feet) which beats the famous American FIM-92 Stinger MANPAD by more than 1.5 kilometers (5000 feet).

These MANPADS could engage American helicopters and make control of the skies impossible for the USA and prevent US transport of troops and supplies.

Indeed, due to the Venezuelan jungles and mountains, it would be necessary for the USA to use helicopters to sustain a conflict, which would be impossible under such circumstances.

The main Venezuelan cities are in mountainous regions and have jungles in the area which provide a natural defense against ground troops and bombardments and would greatly facilitate irregular warfare for the Venezuelan forces. 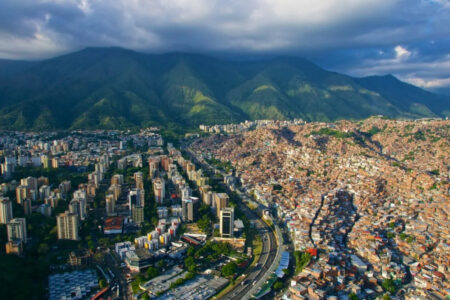 With its hundreds of thousands of soldiers and millions of trained supporters, Venezuela would be able to adopt hit-and-run tactics and sustain an unstoppable irregular warfare by its armed forces mixed with guerrilla warfare by its supporters against the USA.

It would make Vietnam or Afghanistan look like a walk in Disney Land compared to the hell that American troops would go through if they tried to put a single foot in Venezuela.

Amerikwans in colombia itself have PTSD from the jungle warfare. It’s extremely reminiscent of vietnam.

Good, to be honest. Zogmutts 🇺🇸 deserve all that and worse.

And this without counting the help coming from Russia, China and Iran. Russia would be more than happy to send ships full of weapons to Venezuela. Payback from Ukraine.

Also they could seriously start arming various criminal and militia groups in the USA.

The tranny mutants of Pentacon Kill Industries Inc will have more than enough to do in Slumville USSA when the IOU fiat filth Saudimercan toilet paper dollah is flushed and the tsunami of toxic derivative shit comes back to the evil, debauched core of the dying angloZionaZi empire of shit. Get ready for the Wall St outhouse to implode and with it the entire Potemkin Village idiot “economy” of war without end on everyone else’s dime as demented meat puppet Cadaver In Chief Bidet gets even craZier in the coming winter of collap$€.

Are you kidding me

The professional Venezuelan army does not exceed 70,000 well-trained troops, some put it at 60,000 troops or a little less. The rest are urban militias that are very poorly armed but armed enough to keep civilians under control, according to the Cuban model of neighborhood militias. The US plan will heavily bribe key elements of the army (as in Iraq) and who knows how many more; Venezuelans’ addiction to the dollar is well known. After that, they will flood Venezuela with Western consumer trinkets that so fascinate Venezuelans and, in theory, the matter is resolved.

Factually cia theorys keep failing these days just like their blackmail dolla,most whom are well aware!

oscardecaca seems to forget that the fascist renegade u.s. of amex is broke,busted and never to be trusted,and they couldn’t fight their way out of a wet paper bag

The USA is a big ranch between Canada & Mexico where Israel raises it’s cannon fodder!

Joe BIdet Is A Senile Pedo

Has that drunken corrupt old whorebag Pelosi been blown out of the sky by the Chinks yet?

I don’t know, Panama capitulated very quickly to the Americans. Mexico City was once lost to the US occupying military after the Mexican-American war. In a Venezuelan conflict, the US would control all large cities near the coast and with the advent of drone warfare, hiding in the jungle just ain’t what it used to be. Not saying it would be easy or fast, but if the political will is there, the US can hold territory.

Venesuela have an agreement whit Russia, China, Iran. And those 3 countrys have a military base in Venesuela. So Venesuela sits unther the nuke umbrella from Russia and China. And Iran delivred drones and missils to get between 1000 – 5000 km. They can reatch us territory !! Anti ship drones and missils, blu blub yankee navy.

Delete all the fascist capitalist feudalist paedophilic and genocidal anglo khazarian MAGGOTS from baby snake to adult perverse/pervert hyena to have Peace on Earth! Amen 🙏

good to know. hopefully, they soon have power to raise people velfare higher. i know, that there has been sabotage attacs. Hugo Chaves was one of my favor president. Be good and be strong and keep up resistance!