The Kiev government is not only pressuring and prosecuting media outlets and journalists that provide points of view, which may go contrary to the Western mainstream narrative. Soon, it may start regulate Russian laguage in order to create own ‘local’ norm of the language to combat so-called Russian threat.

On July 7, the Ukrainian TV channel “Hromadske” published an interview with Timothy Snyder, an American author and historian specializing in the history of Central and Eastern Europe, in which he suggested to impose and expand regulations of the Russian language spoken in Ukraine.

“First of all I want to be clear about what I think about the Ukrainian language before I talk about Russian. I’m in favor of Ukrainization. I think Ukraine should have a language of high culture in politics and that language should be Ukrainian. If it were up to me Ukrainian diplomats would speak Ukrainian to one another in private and not Russian. If it were up to me, Ukrainian school teachers would speak Ukrainian to one another between classes and not Russian. If it were up to me, politicians would speak Ukrainian to one another. If it were up to me, the President would speak Ukrainian when he met with Ukrainian businessmen. If it were up to me there would be more Ukrainian in Ukrainian public life. I’m in favor of Ukrainization. But I think it’s very important when you do have an important second language in your country to realize that you’re not alone this second language, because the world is the way it is, has to be made your own. So the situation that Ukraine has is actually very unusual. It’s not normal to have an important second language and not standardize it. It’s not normal to have an important second language in your country and have another country tell you what to do with it. So the international norm is: if you have a language – you write your own dictionaries, you write your own textbooks, you choose spelling rules that are your own, you choose grammar that’s your own. The language I’m speaking is American English. I can immediately, at a glance tell if a text is in British English or American English and that’s the way I think it should be. What I’m proposing is actually not some strange idea. What I’m proposing is the way the rest of the world actually does things. Or to put it a different way Ukraine is giving Russia a completely unnatural advantage by not standardizing the Russian language. What it means is that Ukrainians can’t tell whether Russian is coming from Russia or if it is coming from Ukraine. If you had your own version of the language with your own dictionary than you could allow people to tell whether a newspaper was from Russia or whether it was from Ukraine. And also, it would allow Ukrainians to express themselves in Russian in a way that was nevertheless not the same way as people speak in the Russian Federation. So you would allow Ukrainian journalists, Ukrainian students, who are writing papers, to write in a way that is Ukrainian. Again, look, I’m an American from a big important country, but look, I grew up with a certain version of my language, I grew up learning to put commas in a certain place, and I learned that a “truck” is a “truck” and not a “lorry”. And then when I went to England, there was a whole lot of things that were different, that’s normal, that’s the way it should be. And this means that England can protect itself from America, and that America can protect itself from England because you can always tell where something is coming from. So when I had this idea – I’ve actually had this idea for years and years – I was actually talking about it in 2014 when I organized a conference, during, or right after the Maidan. And the reason why it’s important to me is not that the Russian language is important to me, the reason it is important for me is because Ukraine is important for me. The reason that Ukraine has institutions that allow language and culture and so on to develop normally. But there is one other aspect about this that is worth mentioning, that is that it’s an offensive weapon. It’s not just defense. If you standardize the Russian language inside Ukraine, then you’re defending yourself against Russia, but you’re also creating the possibility of offensive political work against Russia. Right now the Russians that will tell anyone that will listen that Ukraine is a terribly oppressive country. If you officially had your own Ukrainian version of the Russian language that would be a very powerful argument against the Russian propaganda. You could say: no, actually, we are supporting the Russian language and you can make the following point, which is true: In Russia, there’s no freedom of speech which means someone else has to take care of the Russian language. So we have freedom of speech, therefore, we are going to take care of the Russian language. Which would not only be true but it would be an excellent point to make to Westerners who don’t quite know exactly how to understand the situation in Ukraine, so if there would be such an institute for me it would have three parts: the first part would be you standardize the language, you print dictionaries, you create schoolbooks. The second part would be, you give refuge to writers who come from Russian-speaking parts of the world whether it’s Kazakhstan or Azerbaijan or Russia itself. And the third is you have reporting about Russia, I see this also as a way for Ukraine to turn the tables. I mean the fact that you have Russian inside Ukraine is an advantage rather than a disadvantage and up to now, it has not been exploited,” Snyder said explaining his idea.

Remarks by the US ‘history consultant’ serve a confirmation of the interesting fact. Despite the years of forceful Ukrainization and discriminatory laws against Russian-speaking population and the Russians, Ukrainian citizens, especially the so-called elite, still speak Russian. Chances of the full and successful are very low even in this situation. So, now it’s time for a Plan B! The Kiev government could try to create own, ‘right’ version of Russian language in order to adapt it for own anti-Russian purposes.

If this plan finds support in the Kiev government [it’s possible that it will], then, soon we may observe great Russian grammar inventions by Ukrainian patriots.

Unlike Putin who is half chinese

…and a slave of the Khazar Deripaska.

I mean m8 your trolling is starting to really become bland i mean ffs really?

Who said I wanted to be harsh?

There’s not such thing as UKRANIANS nor Ukraine, Ukraine means “Outskirts of Russia”. They are a part of Russia, that’ why the U.S did a coup in Ukraine in 2014, because they know that soon or later they (russia) will take it back to their motherland… but they fail to think that Putin is stupid, he’s arming Russia very well, whatever it happens next it will affect directly to the U.S too.

AM Hants
Reply to  Black Waters

Ukraine, such a tiny nation, that has been given so much. 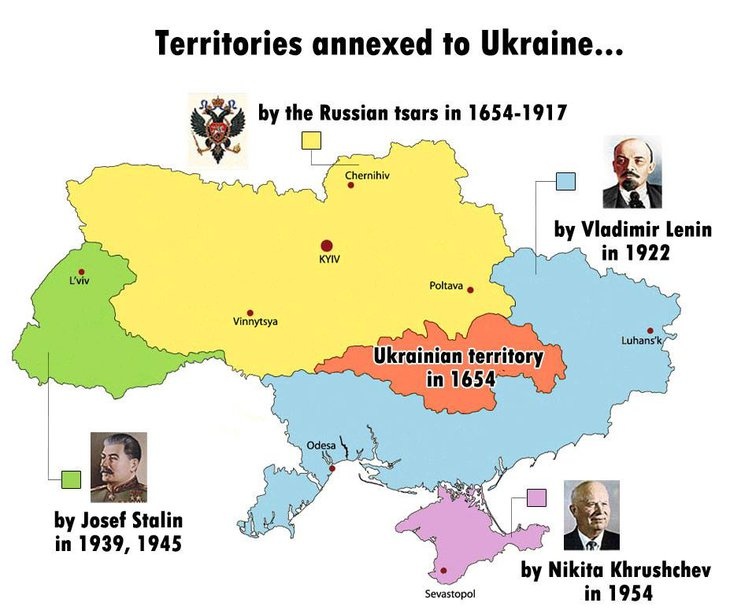 No, ukraine language has been created by SOROS, he pushed for this years ago, Ukraine means “Outskirts of RUSSIA”, that’s all what it is. It always has been and it always will be.

Ukrainians have been speaking Ukrainian long before Soros was born and Crimea has been Russian for more than 400 years. No doubt Soros had a hand in Maidan right along with Nuland.

Sounds just like the type of retard an intelligence outfit would love to fund and further his career. Probably Jewish.
The gall of the man actually calling the Ukrainian dialect, Ukrainian as if it was a language separate to Russian. The fool thinks that maybe we should call his language American as compared to English of which American English is! Retard,begins with you!

As of I can’t fake my English to pretend I’m from America or England at will!
So he was there during the Maidan ha? Probably a spy there under cover as an a scenic as many spies are. Needs a strong slap to the face this fool.

This Wacker is nothing new. Americano-zios did this with Fyromian Bulgarian to make a new language “Macedonian” whereas it is just a version of Bulgarian. The same dogs are splitting up the Orthodox Church in The Ukraine to make a “Ukrainian Church “and the same dogs did the same with the one language Serbo-Croatian to make a language called Croatian!

The sad fact is that most Yugoslavians were sell-outs to their roots as South Slavs and thus became “Slovenes” and “Croats”. So Germany gets a foothold in the Balkans. Same with the traitorous Montenegrins who prefer Germans rather than their brothers the Serbians.

One day maybe Murica can be repaid in kind. It would be interesting to see Murica split up as it nearly did in the 1860s with Southerners speaking Dixie and the Northerners speaking Yankee. See how the Muricans so like it then!

The same tactic Russia applied in Moldavia, when they created the ‘Moldavian language’ that is a version of Romanian.

Sorry ,Romanian came from the language of of moldavian/Wallachian and not the other way around.

Then Russian language came from Ukrainian and not the other way around.

The world leaders should not waste their time on seeing Donald Trump. Respect your time and use it for your nation. If you visit trump then trump will focus on you and on your trades. At the end of the day you will get US sanctions.

Would the new Ukranian language adopt the ‘Trump’ style lexicon that has very few words ?
It would take less time to learn as well :)

Ukraine wants to change the names of streets that are in Russian language as well. So change them to the new language. The new language will look a lot like english, to honor the language of their masters. I suggest the following excellent new street names that are not only eloquent but captures the joy of a nation sold into slavery…

And to celebrate US installed ‘democracy’ in Ukraine:

And remember, US democracy may not be for everyone, but you’re getting it anyway.

You forgot the new name for the international airport near Kiev.
‘Epstein International Airport’.

Oh, I thought it was Ben Gurion Jr. but I like yours better but I think it is spelled ineptstein

With a fair wind the Epstein paedo exposures should see some top ranked scum imprisoned for a long time.

There is an issue though that the case has been transferred to a New York District. Zionists all.

Its striking that the UK/EU press has not made much of Epsteins arrest. However, I would suspect that there are a few rich EU/UK paedo’s with soiled underwear now.

Even if the arrests fail to materialise due to US ‘court procedures’ , I am sure that the US Deep State protection racket will extract a very high price for making the case go away :)

IF the momentum of the prosecution is successful, we will see a seismic change in the ruling classes I think.

Luckily the issue is not up to you, dork

so they are trying to rewrite history itself ?

Either he suffers from brain disease ,or he’s just another psy-op doctor;Anyways,the ukrainian people in their vast majority don’t seepm interested anymore in whatis coming out of Kiev.I wonder if the next color revolution is on it’s way.They would have gathered by now that their new president is indeed just an actor,and a not so good one,taking counsel with Chrystia freeland