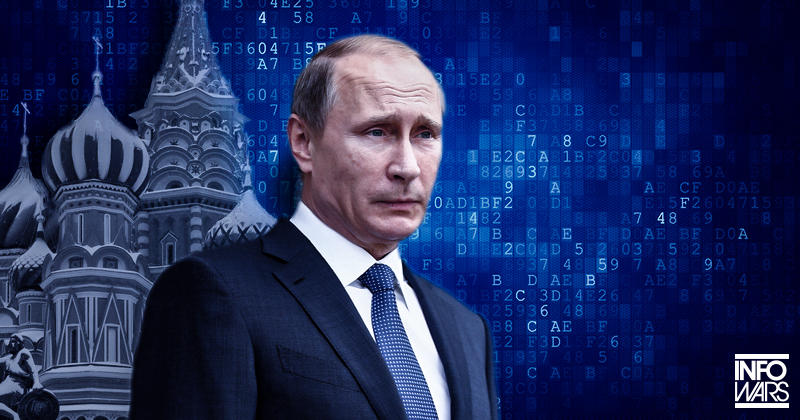 In a joint statement from the Department of Homeland Security and the Office of the Director of National Intelligence, the most senior levels of the Russian government are accused of authorizing the widespread hacking campaign.

“The U.S. Intelligence Community (USIC) is confident that the Russian Government directed the recent compromises of e-mails from US persons and institutions, including from US political organizations,” the statement reads.

The statement – which notes the involvement of leaking websites in the dissemination of hacked content – also argues the campaign is intended to disrupt the election process.

“The recent disclosures of alleged hacked e-mails on sites like DCLeaks.com and WikiLeaks and by the Guccifer 2.0 online persona are consistent with the methods and motivations of Russian-directed efforts,” it continues. “These thefts and disclosures are intended to interfere with the US election process.”

“We’ve had lots of experience with both of these actors attempting to target our customers in the past and know them well,” CrowdStrike’s Dmitri Alperovitch wrotes at the time. “In fact, our team considers them some of the best adversaries out of all the numerous nation-state, criminal and hacktivist/terrorist groups we encounter on a daily basis.”

Only one day later a hacker calling themselves Guccifer 2.0 disputed CrowdStrike’s analysis, alleging responsibility for the hack before leaking DNC documents.

Suspicions were raised soon after though as metadata analysis of the alleged Romanian hacker’s documents, which included the DNC’s Trump opposition research, suggested Guccifer 2.0 had used Russian and Cyrillic language setting when editing the leaks. The hacker has since been accused of being a disinformation campaign-created cover identity intended to shift blame away from the Russian state.

DCLeaks, a relatively small publishing site which has also released emails and documents concerning U.S. political figures, has similarly been accusedof being a Russian creation given ties to Guccifer 2.0 and the DNC hackers.

Russian President Vladi­mir Putin and other Russian government officials have publicly denied involvement in the hacks.

“I know absolutely nothing about it,” he told Bloomberg News last month. “Russia has never done anything like this at the state level.”

According to an investigation by BuzzFeed News writer Ali Watkins, the White House just two weeks prior attempted to keep “two of Congress’s top intelligence officials from naming the Kremlin as the originator of the string cyberattacks.”

“The public accusation was of such concern to the administration that White House Chief of Staff Denis McDonough was personally involved in the negotiations over releasing it, according to a congressional source,” Watkins writes.

Given the unprecedented nature of the ongoing incident, US officials are now reportedly being forced to “write the playbook” for a response as they go, reports BuzzFeed News’ Sheera Frenkel.

“Actions that the US could take range from placing new sanctions on Russia, to issuing criminal indictments for individuals involved, to taking diplomatic action, such as expelling Russian diplomats from the United States,” Frenkel writes. “And while cybersecurity experts agree that the US is likely already engaged in counter cyber-espionage against Putin’s government, more offensive actions against Russia could be the next step.”

Regardless of who is responsible for the hack and subsequent release of documents, the situation will undoubtedly increase tensions in what many are fearing is a new Cold War.

However, a russian Soros is needed for a proper regime change in the us

The Americans are seriously embarrassing themeselves. Its all dog whistle stuff to try and detract from the fact that Clinton is one of the worst candidates in US history.

Wonder whether they are going to nail Putin on the Kennedy assassination too (he was the third shooter) or the CIA white helmets are going to release video footage of Putin biting the heads off live Syrian children in East Ghouta. It is only a matter of time.

Informed anonymous sources within the US state department revealed that even Chuck Norris starts shivering when Putins name is mentioned in his presence. They are now seeking for a Voldermort like solution to ease poor Chuck.

I’m seeing the begin of one of those internet meme…

In another report I read that in this so-called investigation, the Russian ISP provider who hosted the routers where that hack was traced to was not contacted despite his offer to provide logs for any provided IP addresses. Typically, multiple routers are used in hacks in order to make the source harder to trace.

The NSA has proved without doubt that it was Putin who killed Gen. Custer at the Little Big Horn. Directly and with his on hands! There are 2 eyewitnesses from the White Helmets !!

They have videos of Custer’s bloodied body and of them pulling Indians from wreckage.

Heaven forbid any American should actually focus their attention on what those emails reveal about Hillary. What a transparent diversion – reminds me of H.L. Mencken’s observations regarding the press and the American public.

so if Trump wins they are going to tell that Russia hacked the vote and therefore Hillary needs to be elected anyway?

It takes years to investigate the Clinton Foundation and email server but a month to conclude that Russian govt, at the highest levels, hacked the DNC and to suspend Trump’s charity license in NY. That’s not politically motivated at all.

Based on actual Western analysis of Russian cyberwarfare ops, the USIC’s ‘confidence’ that the attack was ‘directed by the Russian government’ is ludicrous. Why? Because according a report prepared for NATO (which you can find on the net if you look), the majority of Russia’s cyberwarfare capability isn’t centrally directed, and much of it might actually consist of a volunteer ‘cybermilitia’ that undertakes operations without any government prompting at all. Russians seem to like coding, and consequently, they’ve got quite a substantial and talented hacker community both in Russia, and amongst Russian expatriates. To date, it has proved impossible to trace any cyber attacks to any Russian government bodies or facilities, and it is speculated that either a.) Russian special services merely suggest very broad goals to cooperative hackers, who then choose to implement these vague goals according to their own whim and talent, without any actual supervision or direction by special services officers, or b.) that many Russians with the right skills take it upon themselves to conduct cyber warfare against the enemies of Russia purely on their own initiative as a patriotic duty, or possibly a combination of these two. In either case, there would be no specific direction. It’s merely a matter of identifying broad target lists, and seeing where vulnerabilities are.