The US has deployed 300 additional soldiers in the Syrian city of Manbij, the Turkish state-run news agency Anadolu Agency reported on April 1.

“The U.S. is taking measures against a possible counter-terror operation led by Turkey in Syria’s northern Manbij district,” the state-run news agency wrote.

According to the report, the reinforcements were deployed near the Sajur River, located near a contact line between Turkey-led forces and the area controlled by the US-backed Syrian Democratic Forces (SDF). The Kurdish People’s Protection Units (YPG), described by Ankara as a terrorist group, is the core of the SDF.

On January 20, the Turkish military and its proxies started a large-scale military operation against the YPG in the Afrin area in northwestern Syria. On March 18, Turkish forces captured Afrin from the YPG.

Over the past month, Turkish leadership have repeatedly threatened to launch a military operation in Manbij if the YPG remains deployed in the area. This has caused the growth of tensions between Ankara and Washington. The US sees the SDF as one of its key tools to keep influence in northern and eastern Syria.

On March 31, two US-led coalition servicemembers were killed in an IED blast in the area of Manbij. Pro-Kurdish sources immidiately accuesd Turkish-backed militants of being behind the attack.

Go on Erdoğan …
Pass the popcorn ? 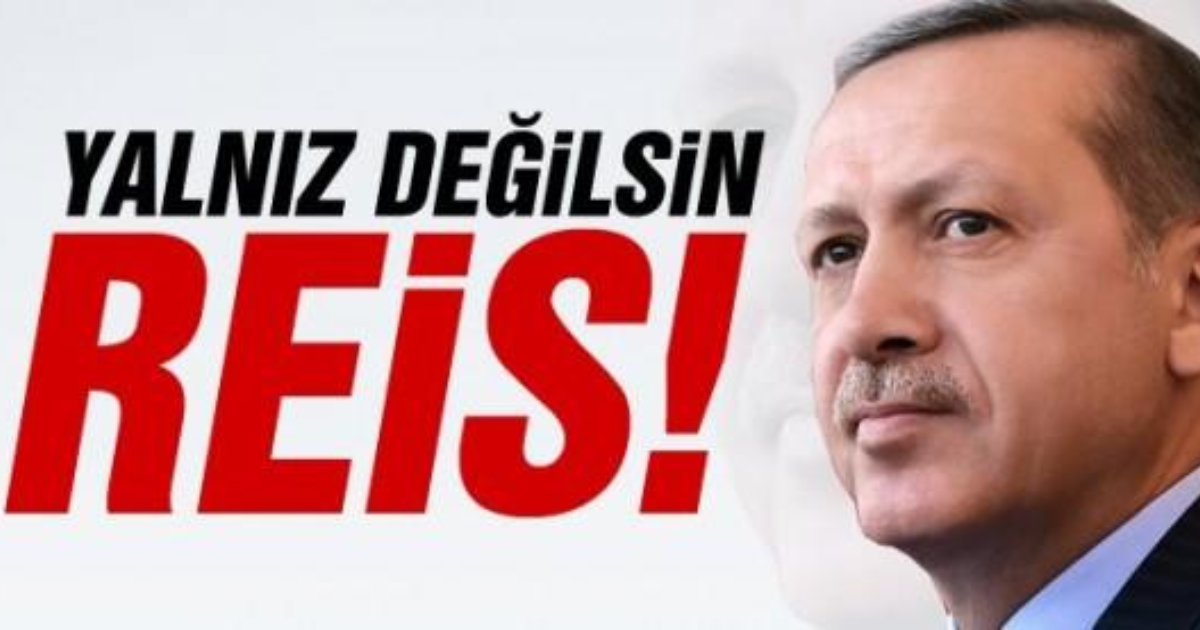 Saudi kingdom have invested trillions on different offshore companies in America and UK and this is illegal. According to the Washington and UK policies investors are welcomed to bring money and spend but investors are not allowed to take their investment back because this is dangerous for the survival of America and UK. Therefore, it will be a bit problem for Saudi kingdom to take out their own investment from America and UK to their own country and invest there. Due to investment in foreign countries and mismanagement their own currency Riyal value is lower than pound and dollar.

Saud house never been any smarter. Medieval backwards culture sustained by oil. It don’t go beyond anything than that.

Pakistan? this a failed state and a historic mistake. Turkey? under erDogan it will loose all their progress in the next years. They will suffer the most from the next economic crisis. Russia as well, also badly governed. The Saudi state will face a civil war soon.
Yes, agreed nobody imagines

Exactly, as soon as they dump the US dollar, and start getting paid in Chinese gold, the whole ME will start to see some benefit from its oil.

Actually their sovereign fund only has $500 billion left in it and the state is burning $5-7 billion of it each month. There are no trillions in Saudi funds invested. They squandered their wealth.

Hence why bin-Salman junior is arresting and shaking down his fellow family oligarchs using violence, apparently using imported US mercenary torturers. To appropriate their plundered funds to keep pay the bills with a deficit budget.

Still with the $350 billion US arms deal their reserves will be totally gone in 2-3 years. And the shake down hurt the little non-oil economy they have.

That is the fund already have used in Washington and in UK.

Nope, that is all Saudi Arabia reserves. Why they try to sell 5% of their oil reserves.

The US/UK has been ripping off the Saudis for decades, they can put their money in US banks, but the only withdrawals they can make is in the form of weapons. They are just starting to realize they have been suckered.

Turkey and US together with their proxies (YPG-PKK-FSA-ISIS and so on) are playing a game with Putin and Assad. Putin is no fool, but his sources and power is limited, and he can not help it and plays along to make the best out of it. The end result will be ”the greater middle east”. The apparent conflicts in speeches between Turkey and US and EU are to hide the real intentions/plan. It’s just my humble hunch.

Poor Turkey. Under Erdogan they become the most unreliable partner on anyone sides. I don’t see them getting help if there’s another regime change and partitioning plan targeting them.

Turkey and US together with their proxies (YPG-PKK-FSA-ISIS and so on) are playing a game with Putin and Assad. Putin is no fool, but his sources and power is limited, and he can not help it and plays along to make the best out of it. Erdogan plays it because he ”has to” – due to own reasons. The end result will be ”the greater middle east”. The losers will be all middle east including Iran and KSA. The only winner will be Israel of course.The apparent conflicts in speeches between Turkey and US and EU are to hide the real intentions/plan. It’s just my humble hunch.

Erdogan and most Turks see Kurdish nationalism as more of a threat than the USA.

Erdogan knows the US won’t bomb Turkey, because if it does Erdogan will start using some of the thousands of US troops in Turkey as human shields.

If the US pulls out of Turkey, it will lose a major position to invade Russia, a position it has held since WWII.

The US is painting itself into a corner.

Yes you’re totally right about the game being played, that coup in Turkey was orchestrated for two purposes.1 to clean up Erdogan’s domestic problems and 2 to fool Putin.
But I disagree that Israel and the US will win out leaving the whole middle east in a mess. Russia has no choice but to prevail in this conflict, and will use tactical nukes if it has too.
Iran will be the new powerhouse in the middle east, and along with Iraq, Syria, Libya, Egypt, Libya, Yemen, Qatar and possibly Lebanon, will go on to develop a new political entity, able to unify and coordinate with Russia, to more effectively counter US meddling in the middle east.
The media portrays Iran as a country trying to pit Shiite’s against Sunni’s, maliciously interfering in other Muslim countries affairs, but that’s not the truth, in reality they’ve become a beacon for all Muslims of any denomination that want to resist US in an inclusive and coordinated effort.
The media told us the speech Putin made about nukes was either for domestic consumption, the Russian Presidential elections, or a warning to the US over their failure to renew nuclear treaty deals, but I’m not that stupid. The speech was made straight after Erdogan blocked the SAA assault in Idlib with his observation posts, that was no coincidence. Putin did switch his attention from Idlib to Ghouta but has been furious ever since and to me at least, that speech really meant, “if you stab me in the back again Erdogan, I’ll nuke you into oblivion. 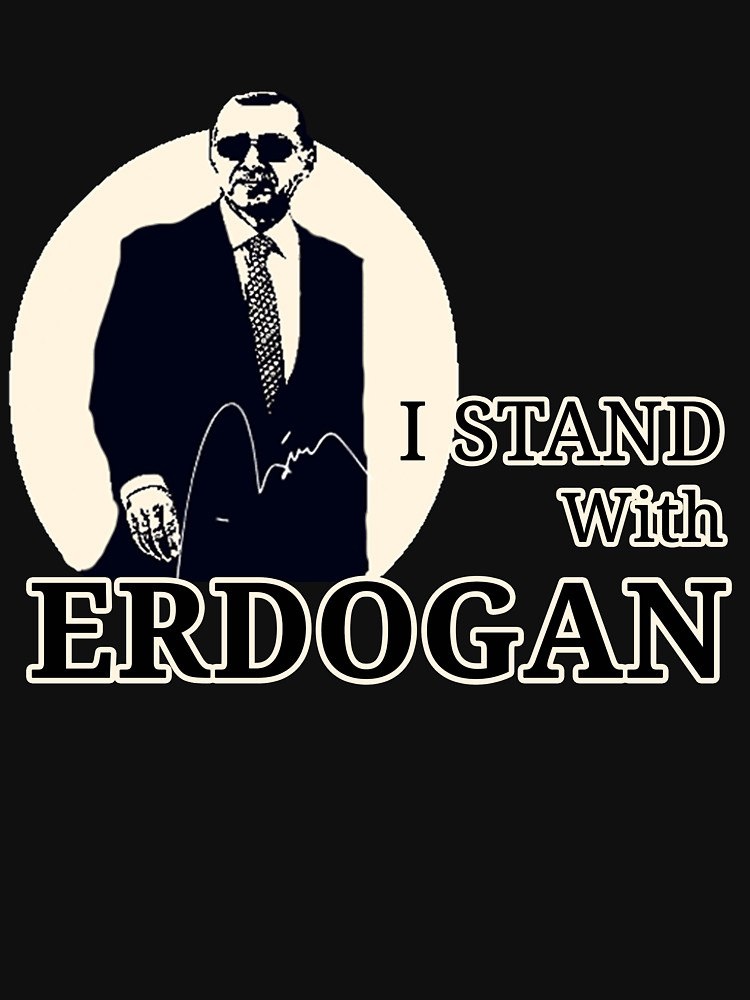 Fukk erdodog. He can lick the bottom of my shoes.

Syrian nation should take a deep breath because 300 more terrorists Trump have deployed to Syria.

Let the 3 grounds grind each other into sand

Fuck not more US aggressors in Syria just fuck off from Syria, no one wants you there you US pathetic morons, instead for you to leave you bring more idiot IVs from college.

So much for the American troop pullout of Syria, does anyone need more proof that everything said by the regime in the imperial capital of Washington D.C. (Philadelphia is the true capital of the American Republic) is a lie, misdirection or other form of Bull poop?

It’s getting interesting, but also a little scary.

What would happen if Turkey comes into direct military conflict with the U.S. forces?

Both countries are there illegally, but obviously, if there is a better claim, it is Turkey’s.

Will Russia be able to mediate the sides with a U.S. government which is likely behind the recent increase in rhetoric against Russia, with the recent false flag UK-poisoning ridiculous narrative?

But there is a narrow path, which is win-win-win-lose face; so the US might not go for it, then what?!

I do not really believe Turkey is there illegally…but on invitation, true they can change their intensions… But I believe all forces there, are working at the moment to secure the Middle East and shove the U.S. & Israhell influence as irrelevant aside…which would be a very good target…in it’s final death throes the AngloZioNazis are trying everything to influence public opinion as always….

They will get a firm fist from Turkey, if they don’t withdraw from that area immediately.

as
Reply to  Hell Sing

I still very much doubt it. At best they’ll do harassment using artillery like they did before.
But yeah we’ll see.

Hell Sing
Reply to  as

I think this time is different Turkey is legimitately enraged with the U.S. continued support of the YPG, whitch means they will strike the U.S. forces station there in Manbji inorder to preserve their soveriegn status as a State. That means seizing U.Sn military hardware, and detaining the U.S. Military personal currently station within their territory boundries, and the complete shut down of all flights to and from that country as well to send a stern message to Wadhington D.C. our way or the highway.

as
Reply to  Hell Sing

I wonder if the Lord & Master of all he surveys in Florida as he plays golf or as he introduces Melania the Easter Egg Roller to TV audiences back in Washington knows that another 300 US personnel are deployed in Syria? Despite he telling us all last week that the US is withdrawing? Clearly Jim Mattis and the Pentagon have differing views on such a withdrawal but seems to me that Turkish and US forces may engage and blow each other to pieces in N Syria unless someone with a brain suddenly engages with both. Otherwise, looks like opposing NATO Forces are about to actually engage with each other. Brainless. Does it occur to either Erdogan or Mattis/Trump that their best path is immediate and permanent withdrawal from Syria? I guess not.

Their Brains work different than ours…. a bit Slower…it takes some time to sink in that they are done…and that it’s better to pack your gear….that is why they are in Politics…no one else wanted them..

Trump don’t run the foreign policy, it is RUN BY THE(DEEP STATE) COUNCIL ON FOREIGN RELATIONS/SES THAT HAVE CONTROLLED THE STATE DEPARTMENT FOR MANY DECADES.

How do you know when a politician is lying?
Their lips are moving.

You should watch the Patton speech by George C Scott, to understand that withdrawing is the last option for the USA.
https://www.youtube.com/watch?v=CYhHIe_UELM

Looks like we have to drain Turkey, no more buying Turkish goods,no more holydays aover there and they lose 60% off their export, withdawing the western investmenst and they lose 60% off their production and there hugh debt will make themeven faster go banckrupt. This all thanks Erdoganthe magic djinn who was able to make is country to a international paria country in 14 years. I am curious if he has to play in premier legae and who , if any, his friends are gone be?

USA & Turkey please kill one another the world will be a better place please and thank you.

You don’t need a lawyer to go to War.

“The US has deployed 300 additional soldiers in the Syrian city of Manbij, the Turkish state-run news agency Anadolu Agency reported on April 1”…TRANSLATION…UNITED STATES, DEEP STATE, DEPLOY 300 CANNON FODDERS IN THE SYRIAN CITY OF MANBIL, TO SUPPORT ISRAEL INVASION OF SYRIA.

When the Turkish government says it’s going to War with the USA I will believe it. An OPINION piece by the MSM Anadolu Agency does not dictate the actions of a government.

Hahahaha. 300 only? Well Im sorry for theyr family. These 300 are already dead. It will be another Vietnam for these 300. RIP. Amen.