The US has deployed 600 troops in its military faciility in the Syrian border area of At Tanf in Syria, according to the Turkish newspaper Yeni Akit. The newspaper says that US special forces soldiers arrived the area in early 2016.

On March 1, Alexander Venediktov, an official from Russia’s Security Council, said that the US had established about 20 military bases in northern Syria, in the area controlled  by the US-backed Syrian Democratic Forces.

“The situation when the United States is virtually occupying a 55-kilometer [34-mile] zone around At-Tanf on the Syrian-Jordanian border without the consent of the Syrian Government, is bewildering. This zone includes the infamous Rukban refugee camp, where militants from illegal armed groups are freely moving near the US Armed Forces,” he said.

The US is doubling down on failure now and we are entering the most critical phase to liberate Syria and also Iraq from the US Coalition of Terror.

Absolutely.
America is showing themselves to not just be illegal but an incredibly illegal rogue state.

Gℴℴgle offereing to people of every age $97 per-hr to complete easy jobs on the internet … Work Some few hours & live happy more time together with your loved ones .. any individual can also join this online service!last Saturday I bought a gorgeous Cadillac after I been earning $5677 this-past/five weeks .it is absolutely the best work however you may no longer forgive yourself if you do not hop over to this.!rw662n:➦➦➦ http://GoogleFinderHomeBasedJob/getpay/98$/per-hour… ♥r♥g♥♥♥l♥♥♥a♥♥d♥o♥♥♥o♥a♥♥♥j♥i♥u♥g♥♥♥c♥♥n♥l♥♥♥h♥♥♥f♥♥z♥c♥♥♥z♥♥a♥♥♥l♥♥♥r♥♥♥s♥♥♥e:!ox501c:mp

They’re trying to make the King of Jordan feel better. He’s been hung, out waving on the clothesline, by the pals of the Sauds. So far the only thing he’s had trying to cross his border were fleeing ‘good guys’ – he ‘was forced to’ kill them.

He probably knows there’s no ‘Jordan,Kingdom of’ on the Zionist Neocon’s’ revised map of ‘Middle East’ right?

Jordan is admittedly in a difficult position but there always comes a time when there is a choice to be made and that time for Jordan is now.

There would be a price to pay for abandoning the US Coalition of Terror but the alternative is to be on the wrong side of history .

There are hardly any politicians searching for the right side of history.

Most of them are only interested in the short term, in approval rates.

Approval Rates are Created by ZioNazi-Media…. so approval rates mean Sh*t…..and especially Western Politicians Worse than Liarsss, scum is what them is….

{utin is doing exactly the same.

This sectarian nonsense has no place in a serious discussion.

In a discussion people can say what they think Right?! I thought that was called Freedom of Speech in Western Democratic Countries

Putin and US knows war is coming very soon . Russia again said they will use nukes if attacked .
Quite certain now for the showdown. Anyway , still cannot see how US can stay in Syria. Mathematically impossible unless the thousands of troops now pretending to be in Israel for excercise join in.
Still in the long run , US cannot win as Iran with unlimited manpower and materials will prevail

Russia sending the Su57 means they are ready for confrontation with the US while US is pissing in their pants as without air cover for their troops there is no way even ordinary SAA with tanks can attack the American troops with ease.

The key is Turkey …whether to help US against Russia or against US because of Kurds.

The issue is without Turkey , US and Saudis etc are all in deep trouble and reportedly discussing how to divide Syria (just because US said so … not using ISIS they had lost). Only fools playing xbox think it would succeed.

Using mini nukes have been discussed to be used as they have lost the war . So how will Russia respond? With nukes? scary.

You are really naive.

1 believe whatever said the purpose

2 the plane had undergone a lot of tests and improvements as far as we know to an advanced stage. Now does that mean if it is still under tests the equipment will not work if faced with an F22 or the Turkey F35?

It still work and really under battle conditions.. that’s ideal. This plane can detect the F22/F35
Now notice a new set of Su35 flew along. These must have been configured to communicate with the Su57

3. So under test the Russians cannot help the Su35 to engage the F22or engage them itself

4 if purely to test, why in Syria and risk malfunction that can fall to enemy hands? Stupid. They are tested ready for battle.

Now it would be interesting how Israeli and US can react.

I already said even Houthis can beat the Americans in Syria not to say ASSAD’s allies with more manpower and equipment while US only has their big mouths. 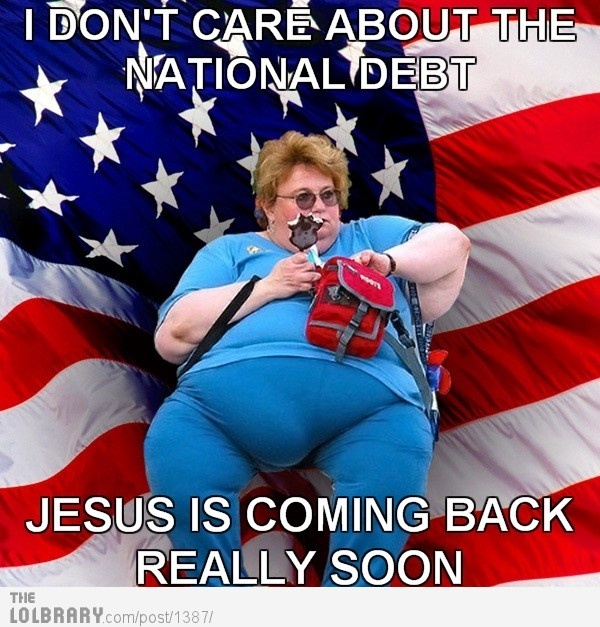 If war is coming soon….and Nukes are used…. then why worry about the whole situation? When we use Nukes We’ll give Earth back to Nature….. isn’t that a nice positive idea? Because not a single Human will survive…..

After Ghouta and Yarmouk, At-Tanf and Daraa should be next. These pockets are especially dangerous, literally hornet nests full of the various ZioWahhabi species known as for example “Homo AustralopISISicus” and “Homo AustraloFreeSyrianicus”.

SF: Why on earth are you publishing Yeni Akit’s recycled news from two years ago? It is not a report of 600 more troops just sent there. I don’t know why they’re using the qualifier ‘more’, but there’s nothing in their article suggesting ANY change in the last two years and nothing recently. This might be news to some rural Turkish town, but without any additional information it’s a statement of past history. Sputnik is also sourcing Yeni Akit for this non-news.

The countries that support Syrian disintegration and the overthrow of Bashar Al Assad are USrael/Nato, Turkey, Saudi Arabia; therefore, Turkey continues to have more in common with the USrael than Russia. For Turkey the dilemma is, what is more important, to defeat the Kurds or remove Bashar Assad.

USA want to amortize the expenses of the war looting oilfields in Deir Ezzor and cut the road between Damascus-Bagdad-Teheran!…the issue will be..for how long?…once terrorist gangs have been eliminated…Syria as well as Turkey will have a new enemy inside Syrian lands!

How is US able to stop Assad when the air is covered by SAM systems from Russia, Iran and Syria? Tell me how to resist Iranian, HEZBOLLAH and Syrian troops? Do not need heavy armour….just ATGM equipped foot soldiers. Tell me how the US planes can even be over head.

I still wonder who the U.S. Is goin’ to bring to fight their war…… I’m getting pretty fed up with’m Numbnuts……Endgame I suppose…. it’s just Empty words….. Hollow phrases…. to scare people…. U.S…… I keep reminding you that I think you got a Major Problem if you continue…. unless NATO, Russia, China, Iran are all Partners in Crime in your Evil Shit…..it sounds more like utter despair….. You are bound to lose Everthing you are nothing but a Bunch of Cowards, WarCriminals, Thieves and You Will Bloody Pay!!! ….. remember that…….and you even got to watch out that as soon as you start this War….. your own people will Launch a Civil War II…. Good Luck Deep State Bitchesss

This about sums it up: 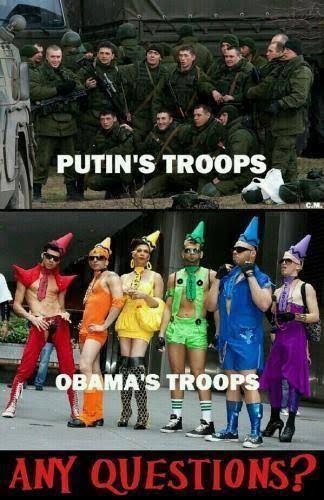 This about sums it up: 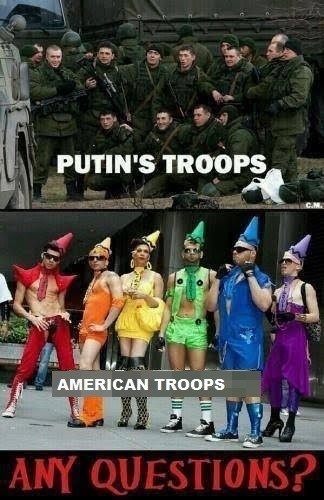 “South Front is considered to be a non-reliable source (non-RS) on Wikipedia pages since at least 2016, for not repeating the common mainstream media narrative of world conflicts.”

I know this is unrelated, but check out this jewel I found on wikispooks

I Trust Nothing……. think that is the best option….. always stay Critical……Everything & Everyone can be Bought or used as a Propaganda-tool when the time is right… first gain Trust….then it’s easier to implement PSYOP afterwards…… stay Vigilant…..

Very true. You can’t trust any news most days. News outlets are spewing out info like crazy; whether right or wrong and it is up to us, the reader, to use logic and reasoning to disseminate inaccurate information.

Have previously seen US MSM refer to SF as s ‘conspiracy theory website’.
Desperate smearing of anything outside the approved State Department narrative.

Google Chrome has Southfront blocked in the US for an expired security certificate. I had to use Firefox to get here.

had the same problem with both Firefox and Chrome yesterday

With Firefox there was an option to override the block, with Chrome there wasn’t. Google and Youtube are owned and operated by Jew pedophile mass rape cultists that belong to a criminal organization that should be outlawed to dejudify the planet for the betterment of humanity.

I’ve noticed a lot of discrimination against Southfront and other pro Russian and Russian news organization by Google and Youtube. If the Russians had dejudified Russia earlier in their history, they’d have the same population today as the US. Rather than half after the Jew cull of Russian and eastern Europeans last century.

The US is now the most Jew infested nation on earth. We’re having huge problems with these evil cultists here. The US, Palestinians and their neighbors need to work together and lead the way with dejudifing our planet to make it a better place. Along with France, Canada and the UK. 83% of the planet’s Jews live in the US and Israel, another 12% live in France, Canada and the UK. These 5 nations combined contain 95% of the planet’s Jews.

Try Yandex or Opera, its works

Realistically and consistently, Americans will never leave Syria, perhaps when the
next president dares to make a real reset in foreign policy… sad fact.

I must confess not understanding the strategic aims for the US to hold that area, unless they somehow aim to link the enclave to either or Northern Syria or rebel held south. It would seem to me either are unlikely unless there were to be a total collapse of assadist forces in the north and or the south, which is not likely either.

It reminds me of political acting in the 1900s and there is no power to effectively oppose her.

US aim keep Syria in caos goes on. They can supply more groups from this position and keep forces tied daown to counter the ones they supply.

JORDAN is never going to do anything to curb what it’s US and European needs are.
The Dreams of Jordan Royalty as in Hashemite Kingdoms to Rival the Sauds has always been no more than a hash induced flop.
JORDAN has in place thousands of NATO troops, of which Jordan pimps out its own not so Special Forces. Complete with airstrips for largest cargo planes, , is is kissing NATO butt ss a very junior auxillary member.
BILLIONS pouring in from NATO WAR makers , including clown costumes for its own militar as they parade in free European military hardware.
BILLIONS A YEAR AS PAYMENTS FROM FUNDS TO SUPPORT 2ND AND 3RD and going on 4th GENERATION PALESTINIAN that refuse to become Jordanian citizens, permanent welfare bums.
JORDAN needs oil and it gets it subsidized by its colonial masters.
All need to survive, and all kiss someone’s ass, office or religious politics and yes boss, so Jordan’s owners live comfortable lives, dole out enough free money to keep populace thinking they live in modern world, same as we perceive in US.