The US-led coalition has sent a convoy consisting of around 200 trucks loaded with military equipment, weapons, ammunition to the Syrian Democratic Forces (SDF), the Syrian Observatory for Human Rights (SOHR) revealed on January 3.

The convoy, which entered northeastern Syria at the late hours of December 29, transported the supplies to several bases of the US-led coalition in the cities of Raqqa, Manbij and Ayn Issa.

“This is the second convoy to enter eastern Euphrates after the U.S. decision to withdraw from the region,” the SOHR noted in its report.

This weapons delivery coincided with reports of the revealed Pentagon plan, which would allow the SDF to keep US-supplied equipment and weapons after the withdrawal of American troops. Last week U.S. officials told the Reuters news agency that the discussion on this plan is still at an early stage inside the Pentagon. However, the new supplies suggest that the plan is already being executed.

While most of the US-supplied weapons were used in the fight against ISIS in northeastern Syria, Turkey fears that some of these weapons may found its way to the hands of the Kurdistan Worker’s Party (PKK). Due to this, the Pentagon’s plan may spark a new round of tensions between Ankara and Washington.

It’s obvious the US only seek to prolong violence in Syria and now they are praparing the Kurds against the Syrian or Tukey.

Anybody shooting anybody is basically ok for us strategic purposes.

Well, that’s the official ME doctrine, nothing secret still all those shipments could suggest that they are waiting for the smallest reason to come back in force and they want their toys already prepared.

i’ll be back to comment in a few hours, when i’ll be able to recover from the uncontrollable laughter this comment has caused me.

This will be a big one. Flush it on parts.

sory, i don’t get the joke.

I’m sure you don’t lose anything, every piece is recyclable

are you sure you are well?

Are you genuine or trying some of your best jokes again?

You are on the backside of the moon with the chinese ? 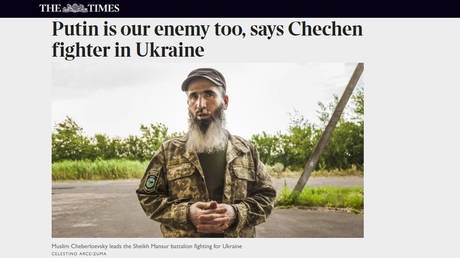 Nice self portrait. Remember to cut now and then, so You dont fall in the mud with that too.

As much, this article is very vary biased and pathetic.

Turks themselves has shown 1000s of soldiers, FSA say they have 15.000 being ready – We see tanks, haubitsers and tanks.

And here its about weapons to PKK.

To me it show how sick Turks and others are. The only nprmal people there are SDFs. The only ones having a non greedy revenfull plan are SDFs.

Its a total nightmare by almost all there armies driving around as if they had to burn fuel to keeep the prices up and letting men being soldiers in stead of staying in peacefull jobs at home.

When I and others now and then mention the many dead as well as 12 mio. Syrians not even are in their homes, its mainly ignored.

All is like when I as child played war and moved tanks, which was collected mathboxes.

Where will all the US weapons, vehicles, equipment and infrastructure eventually end up, in the hands of the SAA of course. The French will station themselves at the OB posts and radar stations initially, but eventually even those will end up in SAA hands as well.
The YPG will be able to keep some of the stuff, fast light vehicles, anti tank equipment, light arms and surveillance/monitoring equipment, and then they’ll operate independently but in conjunction with the SAA. and the rest the SDF will just take with them when they switch to the SAA.
Trumps not deserting the Kurds, or the Arabs, or the Turkmen. or the Christians or anyone else, he’s forcing them to cooperate with each other, and with Assad as well, and he’s uniting them for one purpose only, to confront Erdogan if he does invade.
No doublecross, no hidden agendas, no Israeli influence, no Turkish collusion, just a deal between Putin and Trump to end the war for good, and the only objections so far have come from Erdogan and the US WarHawks, though Erdogan’s stopped making threats over the last few days. But I don’t think he’s run out of wind just yet, he hasn’t been able to control himself up until now and I don’t think he’ll be able to this time either, he won’t be able to help himself no matter what happens, and he’ll eventually find some pathetic excuse to invade, and when he does, Putin and Trump’s trap for Erdogan will be sprung.
Erdogan has to go, he’s the only problem left, and until he’s gone the conflict in Syria can’t end. He’s the only reason there’s still a conflict in Syria, if he would have agreed to it back in May/June, the war would have ended back in August/September at the latest, but he didn’t agree to it and we still have a war. Erdogan has to go.

What i don’t understand is why the SAA, Iran and Russia don’t bomb the crap out of the weapons convoys, like they did originally with the oil tanker convoys?

So, bomb military convoys and personnel from another country, a nuclear armed country. What could possibly go wrong?

What are you smoking and where can I get some?

I hope Your relatives take good care of You.

USA NATO is extremely very good in dividing nations national’s on ethnic lines and create unrest.Creating kurdish army in Syria means creating saboteurs, rebels terrorists to undermine national sovereignty and Presidential orders countries laid down procedures rules and regulations.Why is there no second army in USA,FRANCE, GERMANY AND Britain.Who ever Carrie’s a gun in sovereign Syrian soil with out the commander in chief order is a state terrorist,rebel and saboteurs. There is nothing special about Kurdish except being used to own Syrian,Iraqi, Iranian and Turkish national raw material and resources for the benefits of Britain, France,Germany and USA.No further negotiations with Kurdish terrorists either their surrenders or forcefully disarm.Peace will only prevail in Turkey, Iraq, Iran and Syria once this middleman terrorist Kurdish are force to disarm. If not the Iraqi, Iran, Turkey and Syria must also arm all the civilians and supply weapons to Palestinians and Lebanese .