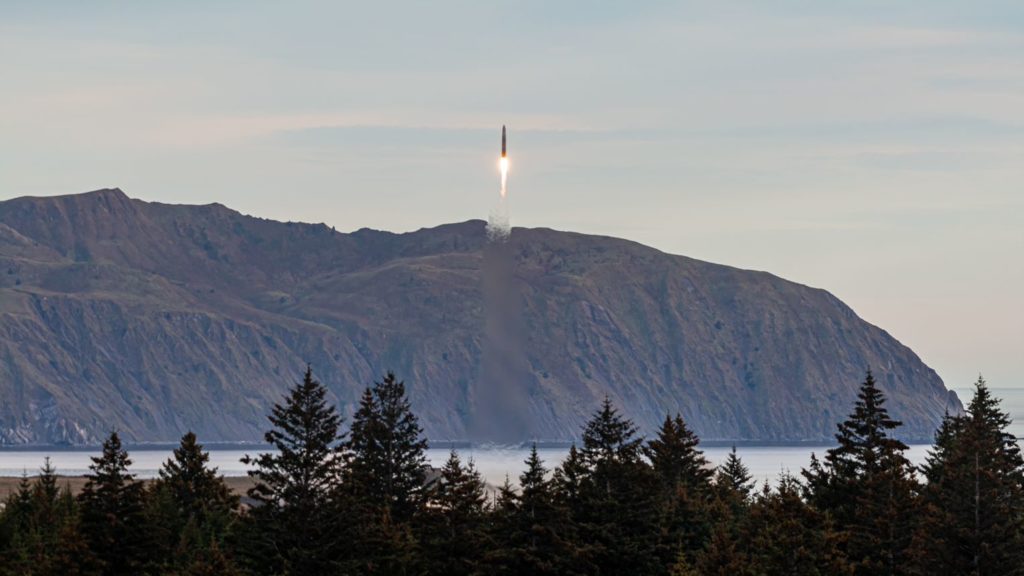 On September 12th, the Astra Rocket 3.1 failed to reach orbit and crashed in the Alaskan wilderness.

This was a planned test, and Astra didn’t specifically expect to reach orbit, it should be reminded that it took Elon Musk’s SpaceX four tries to reach orbit.

The footage of the engine shutdown and crash of the @Astra Rocket 3.1 zoomed in shows that the rocket started tumbling as soon as the engines shutdown and stopped stabilisation of the rocket.
Here’s another angle https://t.co/VKQpOak6Kj

The company even got some encouraging words from Musk himself.

Thanks, @elonmusk. We appreciate that and are encouraged by the progress we made today on our first of three flights on our way to orbit https://t.co/CrH8iBYNpS

“As we’ve always said, we expect it to take three flights to make it to orbit. Tonight, we saw a beautiful launch! Preliminary data review indicates the rocket performed very well. Early in the flight, our guidance system appears to have introduced some slight oscillation into the flight, causing the vehicle to drift from its planned trajectory leading to a commanded shutdown of the engines by the flight safety system. We didn’t meet all of our objectives, but we did gain valuable experience, plus even more valuable flight data. This launch sets us well on our way to reaching orbit within two additional flights, so we’re happy with the result.”

The Astra team said it was incredibly proud of its results, and expects that the 3rd attempt is to be successful, with this being the first.

“We are incredibly proud of what the team accomplished today. This was our first orbital launch attempt, and the first flight of a rocket designed from the ground-up for low cost mass production and highly-automated launch operations. The entire launch system was deployed by six people in less than a week – completely unprecedented.

Astra’s strategy is to learn fast through iterative development. Although we’re pleased with today’s outcome, we still have more work to do to reach orbit. Once we reach orbit, we will relentlessly continue to improve the economics of the system as we deliver our customers’ payloads.”

It is unclear why the launch attempt seemed rushed, it could potentially be due to the wildfires in the Western United States and that their spread could somehow impede potential launches.

According to Bloomberg, Astra is one of a handful of companies vying to produce cheap, reusable rockets that can ferry satellites into space almost every day.

The current market leader is New Zealand’s Rocket Lab, which charges about $7.5 million per flight and has been the only company to conduct successful commercial flights so far.

Astra is aiming to undercut Rocket Lab by creating a reusable rocket that would cost $1 million per launch, or less.

It is. The first Space Race was really about developing ICBMs and military Space technology under the guise of Science. The second Space Race will be no different.

I don’t figure that type of rocket can be small

Someone is helping them…

Was smart to privatize rocket technology. Competition leads to evolution

I remember in the 60s NASA couldn’t send a rocket without exploding if their life depended on it. Then all of a sudden we made it to the moon, right?

Just remember that NASA never built a rocket. They caused them to explode by mismanaging their launches, as they did the Challenger.

It happens. Just recently a Chinese startup also faced failure. The important thing to remember is to learn from the mistakes.

Yes it always happens when starting up, but the Americans have a long history of rocketry. Is that all suddenly forgotten and they are starting from scratch? European Space Agency has a good reliability record, so do the Russians. We are not talking about a brand new branch of science/technology, particularly in USA. I find this whole thing very odd.

It’s rather a sad and complicated situation. The biggest problem is how NASA was setup; serving under the pleasure of the POTUS. IMO, NASA should have been made an agency / department of it’s own. The Oval Office had far too much say on what direction NASA should take. The constant change of direction after every 8 years (most Presidents serve 2 terms) ensures nothing gets done besides taxpayers paying a massive bill; resulting in dwindling public support.

After the Apollo program, the high of beating the Soviets to the Moon wore off and the Soviets abandoning the Space Race, Space was replaced by the misadventure in Vietnam in the public mind. NASA constantly trying to get back into the public light but the War Machine won the fight. The Shuttle disasters didn’t help. Eventually engineers / scientists moved on with their lives. I wouldn’t be surprised that many of them have passed away now. So, in a way, the US is kind of starting from scratch.

The sad thing is with the Saturn V rocket cores. Although there are some left over in storage, the problem is that engineers back then did a piss poor job in documenting their work (due to time pressure). Now, the US have to retrace their footsteps since no one today can replicate what was done back then.