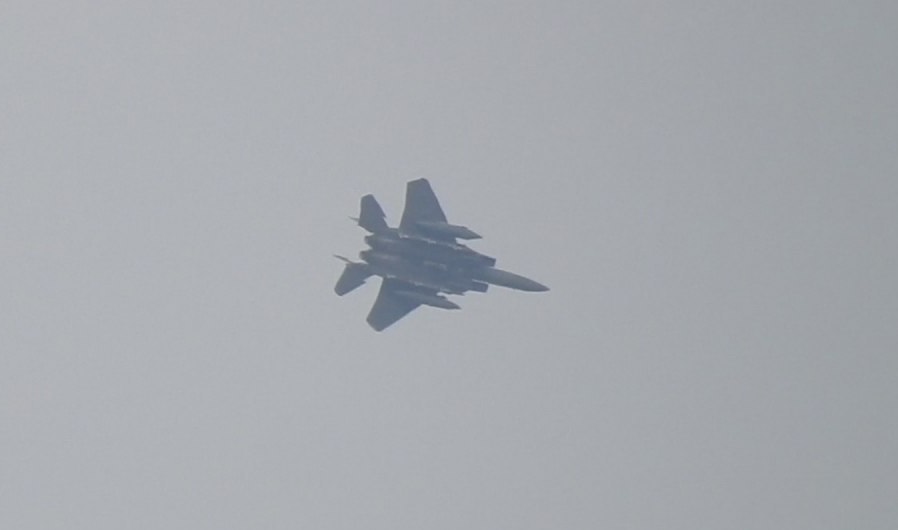 U.S.-led coalition warplanes carried out early on November 9 several airstrikes on tents set by unknown individuals in northeast Syria, according to the Syrian Observatory for Human Rights (SOHR).

The UK-based monitoring group said that the targeted tents were located in an area known as Khibrah in northeast Deir Ezzor.

“The tents were set about a week ago by people who claimed to be hunters. The airstrikes killed everyone who was in the tents,” the SOHR’s report reads.

Khibrah, a desert area, is controlled by the Kurdish-dominated Syrian Democratic Forces (SDF), a close ally of the U.S.-led coalition. This makes the airstrikes very unusual.

Look at that beautiful F-15 Eagle. Has the best combat record of any aircraft in modern history (105-0) NO LOSSES. And successfully shot down 10 Serbian Mig-29s during 1999

F15s would get blown from the sky by Iran S300 lol

up yours war monger

yep that’s the one.

the best thing would be for the powers in control (and that’s not the unhinged states of A which is just a troublesome bit player evidencing the disarray policies in washington dc is in) to go straight to israel and close it down, terminate it and send the thieving and murderous occupiers packing – the resources are there and israel is ripe for the cauldron. getting israel out of the way would settle about 95pct of the problems in the middle east.