SouthFront is offering an update of the ‘U.S. Carrier Strike Groups Locations Map’ exclusive series showing the approximate locations of U.S. Carrier Strike Groups on a weekly basis. The SouthFront team tracks locations of U.S. aircraft carriers using the available open-source information. No classified information was used in production of the map. 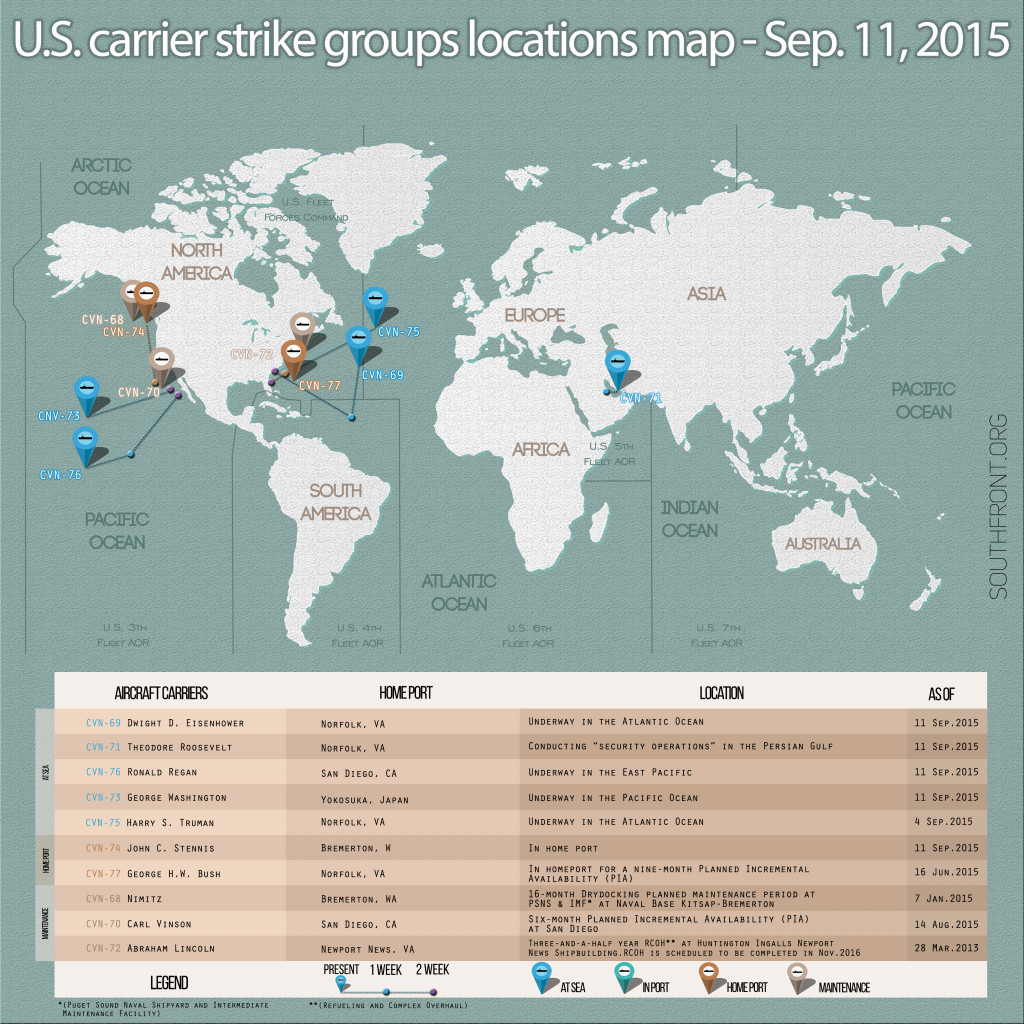 Tags:carrier strike groups, the us

Michelle Kerensky I live on a ridge in East Tennessee. No aircraft carriers are based here, so we don’t get the new on where they are. While in San Diego I heard announcements on arrivals and departures on all navy ships. It is well known those announcements are for the families in the area. The announcements in San Diego don’t come this way eather. So it is a secret. In fact, once they get past the horrizon-you know-where the ocean drops off the end of the world, you will not find where any are. I think that is about 40 miles out.