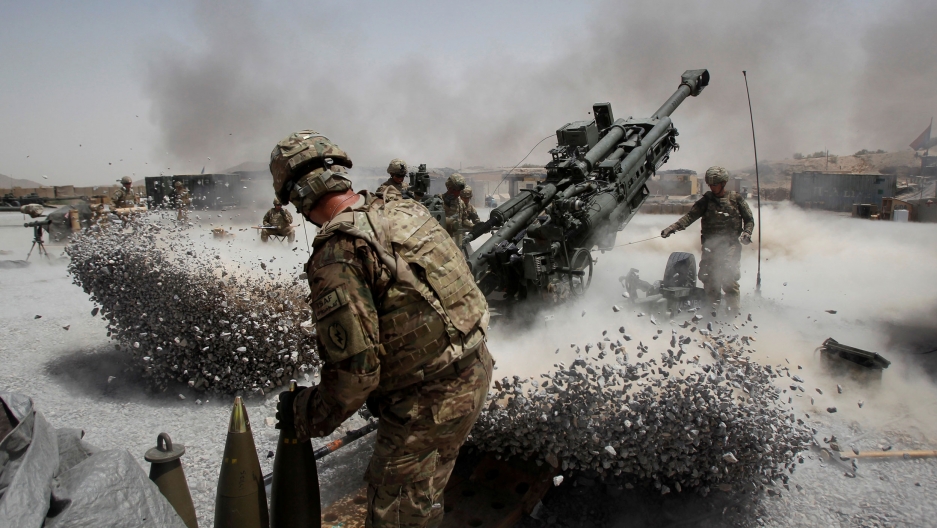 On February 29th, the US and Taliban signed a peace deal, in the presence of leaders from Pakistan, Qatar, Turkey, India, Indonesia, Uzbekistan and Tajikistan.

In spite of claims by the US as presenting it as something that has been the aim for a while, it is simply a capitulation to the Taliban, and simply Washington admitting that the 19-year-long war is unwinnable.

The deal has four main points:

In a statement, the Taliban said it had reached an agreement “about the termination of occupation of Afghanistan”.

“The accord about the complete withdrawal of all foreign forces from Afghanistan and never intervening in its affairs in the future is undoubtedly a great achievement,” it added.

Mohammed Naeem, a Taliban representative in Doha, described the agreement as “a step forward”.

“With this deal comes the end of war in Afghanistan,” he said.

US Secretary of State Mike Pompeo called on the Taliban to honour its commitments.

“I know there will be a temptation to declare victory, but victory for Afghans will only be achieved when they can live in peace and prosper,” he said at the Doha ceremony.

Just before the agreement was signed, a joint statement released by the US and the Afghan government said the US and NATO troops would withdraw from Afghanistan within 14 months.

About 14,000 US troops and approximately 17,000 troops from 39 NATO allies and partner countries are stationed in Afghanistan in a non-combatant role.

It added that the Afghan government will engage with the United Nations Security Council “to remove Taliban members from sanctions list by May 29”.

The Afghan government also will release up to 5,000 Taliban prisoners as a gesture of goodwill, in exchange for 1,000 Afghan security forces held by the Taliban.

“We owe a debt of gratitude to America’s sons and daughters who paid the ultimate sacrifice in Afghanistan, and to the many thousands who served over the past nearly 19 years,” Gen. Mark A. Milley, chairman of the Joint Chiefs of Staff, said in a statement celebrating the deal.

“The only responsible way to end the war in Afghanistan is through a negotiated political settlement. Today is a reflection of the hard work of our Nation’s military, the U.S. Department of State, intelligence professionals, and our valued partners,” he added. “The United States is committed to the Afghan people, and to ensuring that Afghanistan never becomes a safe haven for terrorists to threaten our homeland and our Allies.”

The deal will start by the US reducing its troop presence to approximately 8,600 during the first 135 days after the deal was concluded.

Despite the landmark deal, Ashraf Ghani said that his government had not agreed to the clause of releasing Taliban prisoners and the prisoner swaps.

“The government of Afghanistan has made no commitment to free 5,000 Taliban prisoners,” President Ghani told reporters.

Ghani said: “It is not in the authority of the United States to decide, they are only a facilitator”.

This is not a new problem, as the Taliban have long said that it refused to negotiate with the Afghan government as it sees it as a “puppet” of the US, and Kabul is now attempting to show that it, in fact, chooses its own way.

In conclusion, are two statements, quite showing of the conclusion of the peace deal, the first one by US Secretary of State Mike Pompeo:

“This agreement will mean nothing, and today’s good feelings will not last, if we don’t take concrete actions on commitments and promises that have been made,” Pompeo said. “I know there will be a temptation to declare victory. But victory — victory for Afghans — will only be achieved when they can live in peace and prosper.”

“On the eve of today’s signing ceremony of the agreement with the US, the Taliban announced that they had already won. This is Victory Day. The victory came with the help of God.”

The fact that the US, whose military budget ($748 billion a year) exceeds Afghanistan’s total GDP ($18 billion a year) by 41 times, is forced to negotiate a peace with the Taliban, enough to understand who then lost and with what score.

leave then alone killing themselves

Where’s the CIA going to get its heroin now?

Colombia is a CIA owned shithole and paid for most of the terrorist wars.

Yeah but they only do cocaine, I don’t think poppies would grow very well there.

Most Americunts are junkies and would do any drug, it is the only OECD country with a declining life span due to substance abuse and lack of health care. They funded the whole terror war of the Contras with coke money.

They probably stocked up on opium enough for the next 10years…

I hope the last US evacuation flights are from the US embassy roof in Kabul. Another iconic moment like that is well overdue :)

Wouldn’t be surprised if the US finds a reason to stay.

All the excitement not withstanding, I don’t see the Americunts and NATO arselickers leaving Afghanistan, they will try to prop up the puppet Ghani and the agreement is already falling apart before the ink is dry.

The “Graveyard of nations” has done it again

The “Graveyard of empires” is far better statement. First the British, then the Soviets, now the US.

As much as I tend to agree with SF analysis, I want to say the title is misleading, the US did not capitulate on the war, reached an agreement with the Taliban, the difference is that the war could continue if the points are not met and US still could have potential (theatrically) to defeat the Taliban. I think the main victory here is for the Afghan people, who might meet finally peace and for whom I wish the best

This is not a grammar mistake. The word is spelled correctly. It is merely a slip that accidentally reveals something you may not have intended to say, which happens to be true.

“….merely a slip that accidentally reveals….” Those slips can be magic. They reveal something about how our brain works. I am often flabbergasted by what my brain comes up with, all by itself.

Yours is a good, reasonable comment. It is appreciated.

If they couldnt win in 19 years its unlikely to change, no objectives were reached, once the U.S. leaves, Afghan govt will be toast within a year.

Practically yes. But it was the smarter decision, should have done 10years ago. Paris Peace Accords part 2… Fall of Saigon Redux…

“US Secretary of State Mike Pompeo called on the Taliban to honour its commitments.” Will the US honour it’s committments, very unlikely.

Gee Wiz Southfront. Are you gonna call a spade a spade? this was a DEFEAT for the USA, “Capitulation” sounds like the US had a chat with the Taliban and decided to give them an early christmas present. The Taliban Prevailed, the US lost. They got Served by barefooted, Pyjama clad ragheads. GW Bush was a liar when he proclaimed victory in 2001. Lesson. Afghanistan is the graveyard of empires. The Russians and the Brits coulda told em that, but Yankee arrogance epitomised by that brainless Uncle Tom b1tch, ‘ole Condi Rice who once proclaimed “we will prevail, they will not”. Up Yours Condi Rice and have a merry christmas. you and all the neocon team of GW are the biggest losers in US military history. For all the trillions you spent in Afghanistan, you got nothing except humiliation. Turbans off to the Taliban. For those who beg to differ, remember the real reasons the Uncle Sam went to Afghanistan in 2001. – They invited the taliban to Washington in late 1999 and asked them to allow a pipeline to be built from Central asia through Afghanistan. They refused and were threatened with a carpet bombing. They rushed home expecting an imminent attack, not knowing how Western “democracies” work – uncle sam first had to manufacture international and domestic consent, so they created 911, and set out to depose the Taliban and install a pliant puppet regime. fast forward almost 2 decades later, No pipeline, and the Us is negotiating with the very people GW said were defeated after 2 weeks of carpet bombing the poorest nation on earth.

The US’ “Mosaic warfare” strategy at play … Nothing has ended, it’s just a new strategy of engagement.