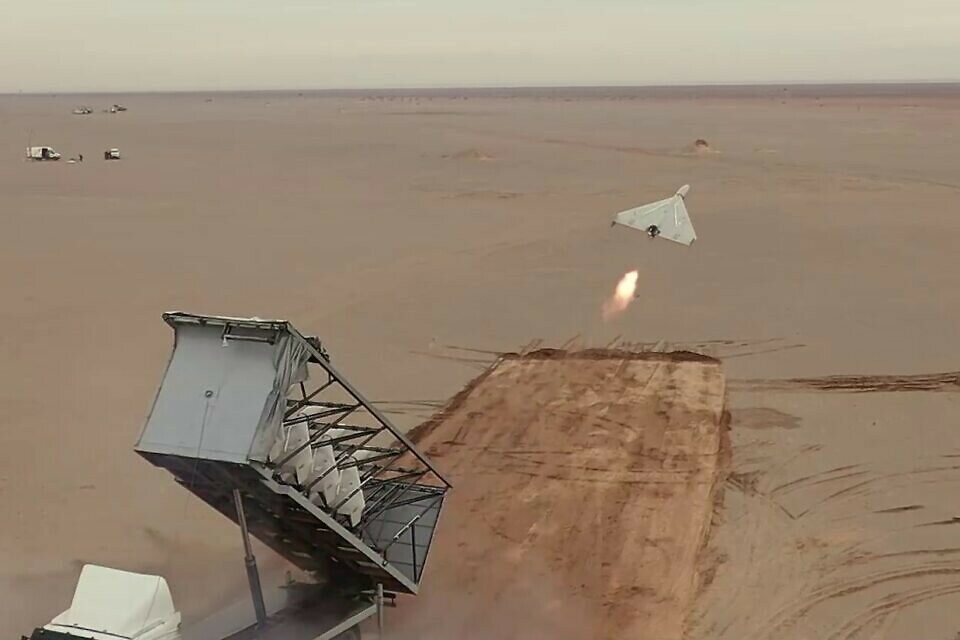 The United States has officially blamed Iran for the November 16 drone attack on the Pacific Zircon oil tanker near Oman.

The Pacific Zircon is operated by the Singapore-based Eastern Pacific Shipping, which is ultimately owned by Israeli billionaire Idan Ofer. The tanker was carrying a shipment of gas oil when it was hit by a drone some 240 kilometers off the coast of Oman. The Eastern Pacific Shipping company said that the attack didn’t result in any injuries or pollution.

In a statement released on November 17, the U.S. Central Command (CENTCOM) said that the tanker was attacked with an Iranian-made “Shahed-series one-way attack drone.”

“This unmanned aerial vehicle attack against a civilian vessel in this critical maritime strait demonstrates, once again, the destabilizing nature of Iranian malign activity in the region” said General Michael “Erik” Kurilla, commander of CENTCOM.

According to the command, multilateral operation led by the British Royal Navy’s HMS Lancaster, including 2 U.S. Navy vessels; Guided-missile destroyer USS The Sullivans; patrol coastal ship USS Chinook; and a U.S. Navy P-8 Poseidon patrol craft responded to the scene of the attack.

Israeli officials have already blamed the attack on Iran, claiming that the Pacific Zircon was hit by a Shahed-136 suicide drone.

The Shahed-136, which was developed by Iran’s Shahed Aviation Industries, has a range of around 2,500 kilometers and can carry a warhead weighting 40 kg. The drone is known to be in service with the Islamic Revolutionary Guard Corps and many of its Middle Eastern allies, including the Houthis (Ansar Allah).

Speaking to the CNN, an Israeli official described the drone attack as “an Iranian provocation in the Gulf” linked to the World Cup in Qatar.

“We see this as an Iranian provocation in the Gulf – it’s not an attack against Israel – it’s the same thing they usually do in the Gulf, trying to disrupt stability and mainly influence World Cup events,” said the Israeli official, who asked not to be named due to the sensitivity of the situation.

It’s worth noting that Iran’s semi-official Nournews agency blamed Israel just a few hours after the attack and said that Tel Aviv wants to create a “charged atmosphere” in the Middle East ahead of the World Cup.

Some observers believe that Iran may have attacked the Israeli-owned tanker in response to the November 8 strikes on the al-Qa’im border crossing between Syria and Iraq. Several Iranian nationals were killed in the strikes, which targeted an Iranian fuel shipment destined for Hezbollah in Lebanon. The strikes were reportedly carried out by Israeli drones.

Any attempt by Israel or the U.S. to respond to the drone attack on the Pacific Zircon could lead to a limited confrontation with Iran.

Let me be the first to GASP! for air. Attacking Israeli tankers is a crime against humanity … never mind that Israel has been attacking Iranian infrustructure and brags about it.

And sure as hell Iran will now respond somewhere else.

The days where countries like Iran would just sit and take it are over. Maybe begin with wiping Syria, clean of US/nato invaders. Then Iraq and Libya.

Youtube is now full of vidz on the Shahed 136. Every man and his dog are jacking off on it……lol. Probably the most famous drone currently. As per reports, wonder who the 22 countries are that want to buy it? Shahed 136 has stolen all the thunder off of the Baraktar hands down!…..lol

The GayRapture drone!!! Will be bought in the thousands by Amazon to deliver lattes and cappuccinos to the LBGQT crowd on their Gay Pride parades!

Shahed-136 is the new God of all drones. After the Russians switched to using it at night, the strike vidz are not as spectacular anymore, but it is still doing immense damage…..lol. Ukie’s can’t see it coming, only hear the engine rumble. By that time its much too late…..lol

A lot of time the West love to blame others without laying out facts and proof. But hey the US that fully supports and protects Kurdish terrorists in N-Syria and N-Iraq not going to get blamed for Kurdish terrorism in Iran, Iraq, Syria, and Turkey. Or hell even for Ukraine…

The weakness of the accusation is that Iran has much more effective drones and might have launched several in a serious attack .This adds to the credibility of Iran’s account over Israel’s self serving story.

Jewish oligarchs, like this Idan Ofer, need to go penniless in the desert barefoot and with a tightly-lodged cactus in their a….s.!

Well done Iran, do it again. Who are Israel? In fact they are NATOs trespassed to Palestine. They also trespassed to Ukraine to fight against Russia.

Well done Iran, do it again… Who are Israel? In fact they are NATOs trespassed to Palestine. They also trespassed to Ukraine to fight against Russia.

The US and nato have made everything that moves by sea in the area fair game.

You at the UN, do your job or go home. If you continue to wage war in secret, the next war will ends your days too.