On July 29, the Syrian Arab Army (SAA) captured two U.S.-backed fighters who snuck out of the occupied area of al-Tanaf to spy on military and civilian facilities.

According to the Syrian Arab News Agency, the two fighters, “Muhammad al-Dukhul” and “Abdullah Hawyan Shalash,” were ambushed and captured by the army near the town of al-Qaryatayn in the southern Homs countryside.

The fighters are members of the U.S.-backed Revolutionary Commando Army (MaT). This fairly small group guards al-Tanaf garrison and the surrounding 55-km zone.

Assault rifles and night-vision goggles were found in the fighters’ possession, while they confessed to participating in an information-gathering operation. 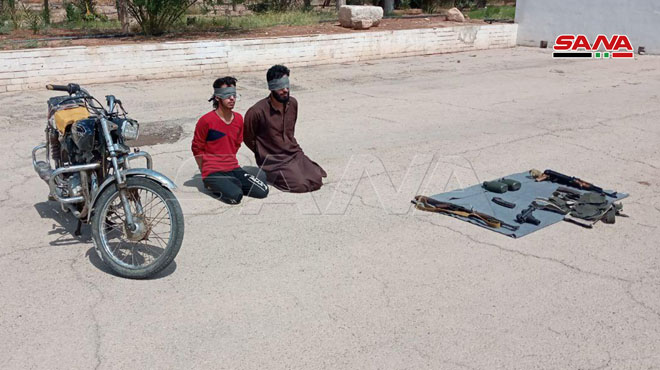 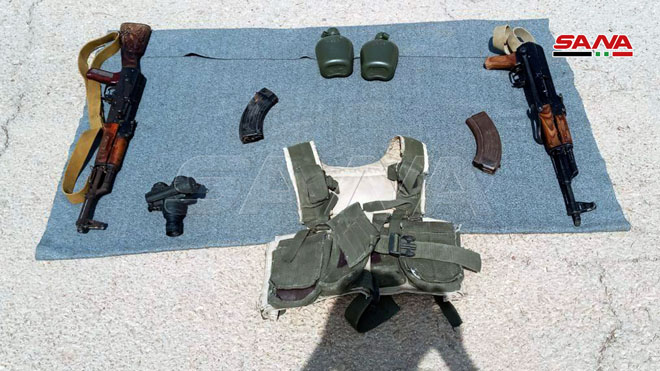 The fighters revealed that they were tasked to take photos of SAA posts and a number of economic facilities, including oil wells, on their way from al-Tanaf to al-Qaryatayn, in preparation for future sabotage operations.

The fighters also confirmed that they were dealing with ISIS, whose cells are known to be moving in the desert between Homs and Damascus.

Earlier this month, the SAA ambushed a group of the MaT around al-Tanaf. Three U.S.-backed fighters were killed and three others were captured. The fighters were reportedly on their way back from an arms deal with ISIS terrorists.

The SAA is keeping a close eye at al-Tanaf to address the growing threat posed both by ISIS and U.S.-backed fighters, who are cooperating against Damascus.

exactly the uses/creates terrorists but labels them rebels/freedom fighters, while they also label their opoosition terrorists, evil dictators, regimes…..hypocrisy is their way.

There are no rules that apply to the US or Israel.

True. Actually if they exist than they are only rules imposed by Jews, Israel on their US servant.

Fog of War
Reply to  HiaNd

Wow, such a great and profound insight . You’re intelligence level is highly impressive , as no one else has ever come to the same conclusion. Congratulations sir. .

This is not contest – who is more intelligent.

Even when something is obvious for most of the people, there are always those who have problem even with that. So comments like mine are wake up call for US people who are too patriotic to see obvious and also reminder for those who understood problem long time ago. I don’t mind when people write comments like mine and I do write them myself sometime.

You keep disliking all my comments whatever content they have. And this is 1st time that you are courageous enough to state your mediocre opinion directly to me.

Honestly, I didn’t expect anything better in substance or form, from you.

Good comment… and many people, even me, reply to comments as you did. I also think of myself as intelligent. If one looks through the post replies, many people reply similarly. So,HiaNd, as you were… good job. . Plus… *”U.S.-Backed” good terrorists* was an excellent and sarcastic comment. Loved it.

Very kind. Thanks for support.

This group only had about 200 to 250 members to start off with, a dozen defected to Assad a while ago and several more have been captured and accused of either working with Isis, and/or working for local smugglers, so even without hostilities they’re still losing fighters one way or the other. :]