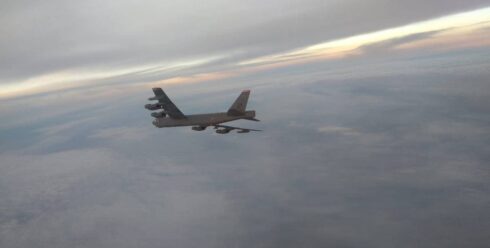 The Russian Ministry of Defense published photos of the US Air Force aircraft, which approached the border of the Russian Federation.

A strategic bomber B-52H of the US Air Force approached the border of the Russian Federation in the Pacific Ocean on September 26th.

The U.S. aircraft was detected by the Russian air defense forces in the Far Eastern Military District.

“Violations of the state border of the Russian Federation, as well as dangerous approaches of aircraft in the air were avoided,” the statement by the Russian Defence Mistry said.

According to the Ministry, the U.S. aircraft was escorted with three Russian Su-35s fighters before it changed its flight direction. 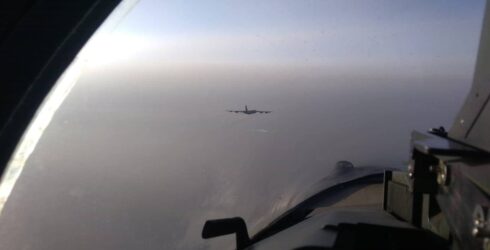 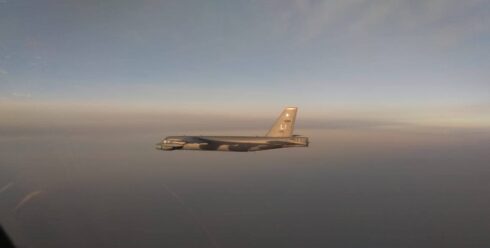 Russian forces are intercepting foreign aircraft, including B-52s of the U.S. Air Forces, on a regular basis. The foreign aircraft approach Russian border from various directions.

In the early hours of July 15th, Russian MiG-31 and Su-35 fighters were scrambled to intercept US strategic bombers over the Bering Sea. 10 days earlier, on July 3rd, two Su-27 fighters of the Russian Aerospace Force intercepted a US B-52H strategic bomber in the Baltic Sea. 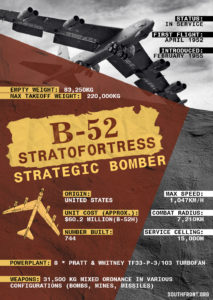 On the other side, in July, Deputy Chief of Staff of the U.S. Air Force Clinton Hinout claimed that in 2020, the US Air Force had intercepted more Russian military flights near Alaska than it had ever since the Cold War.

The americans plan to extend the lifespan of the relic b-52 to 100 years from it’s original year of deployment.

The Russians on the other hand have achieved an extremely high rate of modernization within their armed forces.

The americans are in a severe decline while several key Eurasian nations move forward with new technology.

B-52s are so lame and archaic they are not worth the missile. In Vietnam they fell from the sky like cotton candy after a tornado.

The bomber is sniffing air above Russia to figure out the concentration of alcoholic vapors which is not always easy as the vapors are mixed with the nasty farts of millions of Russians who can hardly afford any decent foods. Once the the certain amount is detected the missiles will fire automatically.

Nah, there is no auto-mechanism functionality on an ancient 1950’s B-52’s! Everything on board has a bakelite crank handle or a bakelite push button!