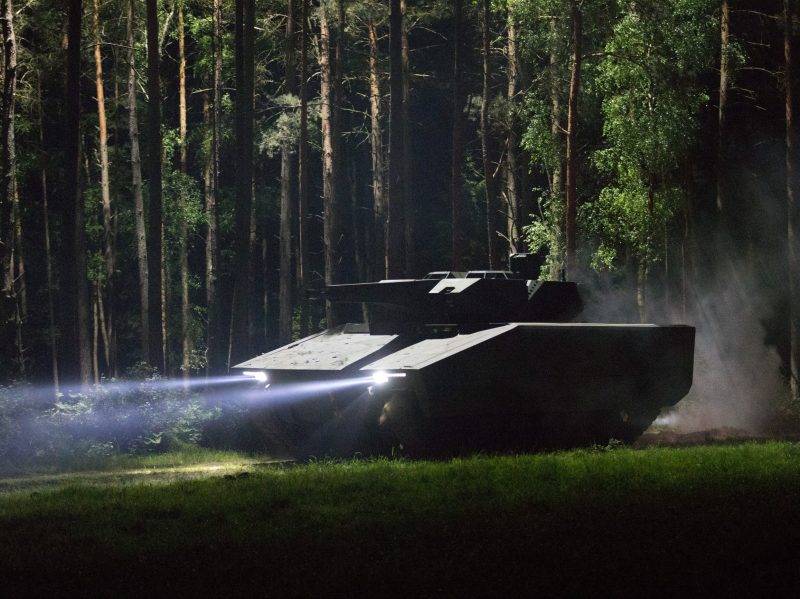 On April 9th, the US Army in a posting that answers industry questions, shed some light on what is expected from its future Optionally Manned Fighting Vehicle (OMFV).

The OMFV is the potential replacement of the M-2 Bradley.

And, the Army apparently entire changed course in what it looks in the OMFV.

In the document, it even says that “No requirements from the first RFP [Request For Proposals] remain valid. This is a new RFP.”

The Army cancelled that first attempt at OMFV back in January when no bidder could meet its schedule and technical requirements.

At the same time, applicants were required to submit ready-made samples designed and manufactured at their own expense. As a result, by the end of 2019, only one proposal was submitted to the stage of comparative testing according to the previous edition (April 2019) of the OMFV program – the promising tracked platform Griffin III from General Dynamics Land Systems, which did not meet the requirements of the program for weight and security.

The joint proposal of Raytheon Corporation and the German group Rheinmetall of the latest platform of the new KF41 Lynx BMP was disqualified by the US Army formally due to the late submission of a modified test sample at the Aberdeen Proving Ground, and BAE Systems Corporation (with the CV90 Mk IV platform) and the South Korean group Hanwha (with the AS21 Ridgeback platform) themselves refused to participate in the program.

Two critical details of the “programmatic narrative” stand out: the emphasis on survivability over transportability, and the more realistic demands on industry for both timeline and technology.

The new document makes clear that, in the vast majority of both historical and projected conflicts, heavy armored units rarely move by plane.

“The Army anticipates that Armored Brigade Combat Teams (ABCT) will continue to deploy primarily via water and rail, but must maintain the ability to transport via air as an option for commanders,” the programmatic narrative says. “The C-5 and C-17 will be the primary aircraft used to transport the OMFV.”

As such, the OMFV would be aimed to be potentially used in the European theater of operations against the “Russian threat”, where the US army will have to act against the enemy (Russia) with a strong high-tech ground army.

The requirements for air transport will be secondary, since new infantry fighting vehicles will either be deployed in advance in military groupings to the theater of operations, or transferred to it in significant quantities by sea and then transported by land.

The priority of the characteristics is as follows:

In addition, a new timeline for its development was also released:

The schedule begins with a long period of back-and-forth between industry and the Army (which is currently underway) about what the new vehicle should look like.

Also, the Army is not requiring any bid samples prior to contract award. “The Army is still drafting the M&S [Modeling & Simulation] test plan which may require vendors to build early surrogate platforms”, but any “surrogate” will be only “a low-level mockup” not anything nearly as expensive as an actual drivable vehicle.

“The magic here is keeping broad characteristics and slowly refining them over time,” Army Futures Command’s director for armor modernization, Brig. Gen. Richard Ross Coffman said back in February. “We won’t lock requirements until we absolutely have to.”

Hopefully, it will work as well as the JUNK F-35 and Patshitriots. These Jew Hollywood weapon fantasies have sent the begging Americunts literally into the sewers to die like rats.

Coronavirus Update: Video Shows thousands Homeless Taking Over Car After Car On No. 2 Subway Line in NY as they are deprived of medical care and food.

hahahaha spot on as usual!

They should ask Russia for help.

All this for the price of a big mac.. and a high school dropout as the operator..