An EOH is a major multi-year overhaul near the mid-point of a submarine’s service life to perform necessary repairs, maintenance and modernization, to certify the submarine for unrestricted operations and to ensure the submarine is operating at full technical capacity and mission capability.

The USS Boise nuclear submarine returned from its last deployment at the beginning of 2015, and after that there were plans for it to undergo medium repairs.

In February 2017, a ban on diving was introduced for the boat and after that it simply remained in Norfolk.

In 2017, the U.S. Navy concluded a contract with Newport News Shipbuilding in the amount of $385.7 million for repairs of the USS Boise nuclear submarine.

On June 18th, 2018, the USS Boise arrived for repair at Newport News, but the shipyard was not able to start repairing it due to delaying the repair of other boats of the same type (the USS Helena and USS Columbus), and as a result, the USS Boise was forced to return to Norfolk in March 2019.

Now, one year and two months later, a renewed attempt will be made to repair the nuclear submarine. Newport News systematically breaks the deadlines for repairs of all three of the above-mentioned nuclear submarines, which causes numerous complaints from the US Navy.

The reason is, in particular, the lack of experience in such repairs and the lack of qualified personnel at the shipyard, despite the fact that more than 1,200 people were involved in the repair of the USS Helena and USS Columbus nuclear submarines in 2019.

Four state shipyards that repair nuclear submarines of the US Navy are also facing similar problems.

According to the report of the US Government Accountability Office (GAO), released in 2018, since 2008, repairs of almost all US Navy nuclear submarines have been carried out either with a delay in the start of the planned dates for their implementation, or with delaying in the completion dates.

In an attempt to solve this problem, the U.S. Navy resorted to setting up boats for repair at private shipyards, including Newport News Shipbuilding.

However, at those establishments, the repair problems were also reproduced on a similar scale.

Newport News, which received contracts for the repair of three Los Angeles-class nuclear submarines, has delayed the delivery of USS Helena (despite it simply carrying out routine repairs and USS Columbus, and it is incapable of beginning the USS Boise’s repair for three years.

The USS Helena nuclear submarine arrived at Newport News in October 2017 and was due to be commissioned in 2018, but only left the shipyard in the spring of 2020, allowed for USS Boise to enter.

Repair of the USS Montpelier nuclear submarine (also Los Angeles-class) at the General Dynamics Electric Boats shipyard in Groton is being delayed in a similar way.

In total, from 1976 to 1996, the United States Navy commissioned 62 Los Angeles-type multipurpose submarines, of which 30 are now in the fleet. The repair time for such a nuclear submarine should be approximately 25 months, and clearly, three years is a bit longer.

Things are pretty bad when it comes to disrepair amongst American military assets.

All that ‘Murica numbah one garbage really has gotten to the Pentagon’s head.

It is much easier to buy all sorts of shiny expensive products when you have the money – or can “put it on tick”.

But no politician ever likes to “waste” money on maintenance or repair. It doesn’t strike the desired note – surely only old broken things need repair, and the USA doesn’t have old broken things. There are no votes in it.

Remember the big bridge that fell down in Minneapolis? http://www.nbcnews.com/id/20079534/ns/us_news-life/t/thought-dead-minneapolis-bridge-collapses/

For many years before the collapse, engineers implored politicians to spend some money on repairs. Year after year, the politicians refused – instead they spent $500 million on the well-named “US Bank Stadium” to replace the existing Hubert H. Humphrey Metrodome (completed in 1982). https://en.wikipedia.org/wiki/U.S._Bank_Stadium

Oh man…..just talking about it depresses me lol.

I live in Ohio so I have to unfortunately see so many roads, bridges, sidewalks, buildings, rail-roads, culverts, drain-ways, local dams and waterways just waste away because the local municipalities (varies by city and county) don’t give a damn until the structures just up and collapse and somebody dies because of it….

We should down-size our military and redistribute those men and resources to upgrading our countries infrastructure ASAP.

I read that US assoc. of engineers rates amerikan infrastructure D+

Perhaps the USMIC shouldn’t have wasted all that money on high heels and nursing pouches for their servicemen?
Still, $385.7 million should buy a few toilet seats, some of which may actually work as intended.

Its better than the dog eaters(chinese) who lose a ship or a tank everyday to ”accidents” :D

yes, because american ships tend to collide with tankers……)))

Let’s get real, the dumbass Americunts can not even make ventilator and like rapid dogs in the streets and you think they can repair a nuclear sub.

This should come as a surprise, the US is a bankrupt failed state and most of their technology was earlier stolen from Nazis and then foreign students, mostly Europeans and Chinese post-grads. Now US is shunned by all.

“Newport News systematically breaks the deadlines for repairs of all three of the above-mentioned nuclear submarines, which causes numerous complaints from the US Navy”.

This is one of the outcomes when a government buys expensive and complex products from a small number of suppliers. The suppliers can always say, “Take it or leave it”. And the government has to take it – whatever is offered – as otherwise the public will learn that the project failed, and will blame only the politicians.

Maybe the US government should approach the Russian government to see if it can help. After all, US astronauts have been relying on Russian vehicles to get to and from the ISS for years.

This is what happens when Jews in control of a government are so full of hatred for the native people of the land the government controls that they do their utmost to sabotage their education and job prospects with relentless political correctness, affirmative action, and infinite immigration.

How can there possibly be enough money for these expenditures when all of Washington is taking a cut off the top through their kick-backs from padded bills? When I’ve said in the past that the US has become nothing but a huge fraud, money laundering scam and pyramid scheme, I wasn’t kidding. This is but an example in a long line of issues that are going to come up…and very soon. Everyone taking their cut, regardless the devastating effect on the country, is SOP in the US governments…right down to the state and local level. Capone was a piker compared to these thieves. As the old saying goes…you ain’t seen nothin yet.

Wait… are you saying our politicians are nothing but treasonous, dishonest thieves? Good thing diesel prices are so low… 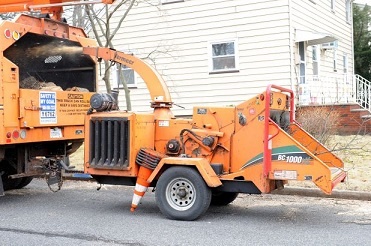 US spends more on its military that the next 14 nations largest military nations combined per CIA consultant, Prof Jaun Cole….apparently money can’t buy love….these incompetents can hardly produce decent coffee or burgers….as they become less skilled and more incompetent this is expected