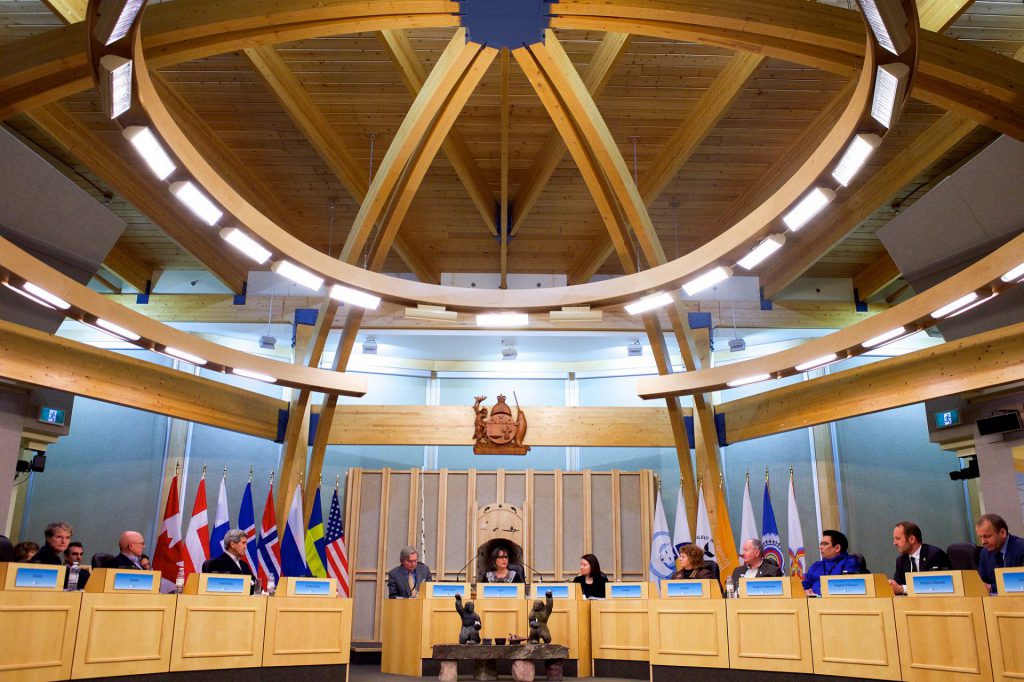 US Secretary of State Anthony Blinken will hold talks with Russian Foreign Minister Sergei Lavrov on May 19th in the evening in Reykjavik at the end of the main program of the ministerial session of the Arctic Council (AC) for that day.

“Secretary Blinken will have the opportunity to meet with Russian Foreign Minister Lavrov tomorrow [May 19] evening on the sidelines of the Arctic Council. In order to discuss predictable relations with Moscow,” the diplomat said.

Earlier, the State Department reported that Blinken intends to discuss bilateral relations and the Nord Stream 2 pipeline project in negotiations with Lavrov.

The face-to-face talks on the sidelines of a gathering of eight foreign ministers in Reykjavik will be the highest level meeting since U.S. President Joe Biden took office in January.

The AC ministerial meeting will take place on May 19-20 in Reykjavik. Russian Foreign Minister Sergei Lavrov and US Secretary of State Anthony Blinken, who arrived in Iceland on Monday evening, will take part in it personally. At the meeting in Reykjavik, the chairmanship of the AU for the period 2021-2023 will pass from Iceland to Russia.

Additionally, Russia proposed to resume the activity of the mechanism of regular meetings of the chiefs of the General Staff of the armed forces of the countries – members of the Arctic Council. This was announced by Russian Foreign Minister Sergei Lavrov prior to the Reykjavik meeting.

“If someone wants more predictability and wants to reduce the risks of a military plan [in the Arctic], then I propose to return to our long-standing proposal to resume the mechanism of regular meetings of the chiefs of general staff of the armed forces of the countries – members of the Arctic Council. About seven years ago, our Western colleagues decided to freeze it, as it were. But if you decided to freeze it, then do not be offended that we have no dialogue, we didn’t stop the dialogue, ”Lavrov said. this mechanism has been recreated, as the first stage one can start not at the level of chiefs of general staff, but to hold a meeting at the level of military experts from the eight countries of the Arctic Council. ”

“Let’s hear, of course, in Reykjavik, including how the United States treats this position of ours,” the minister added.

At the same time, Lavrov noted that Moscow sees “lamentations about the fact that Russia is deploying military activity in the Arctic.”

“Everyone knew for a long time that this is our territory, this is our land, we are responsible for ensuring that our Arctic coast is safe. And everything that our country does there is absolutely legal and legitimate,” Lavrov stressed.

He once again stressed that this applies to the territory and waters of Russia.

“But when NATO is trying to justify its offensive in the Arctic, this is probably already a slightly different situation. Here we have questions for our neighbors like Norway, for example, which is trying in every possible way to justify the need for NATO to enter the Arctic,” the head added. Ministry of Foreign Affairs of the Russian Federation.

Russia requests talks with the US and gets ignored but when the US requests talks the Russians are very quick to comply. Maybe Russia hasn’t lost the communist mantel and does what it is told by big brother. Not anti-Russian just anti lapdog.

Both are devils. Both have backstabbed India .

It begs the question… Why Russia doesn’t just leave SWIFT entirely and give the Germans their ultimatum offer for the completion of Nordstream 2 -take it or leave it. Cause if you don’t want it… Somebody else certainly does… And they have the largest population of consumers on the planet to back it up! The Rouble could have ruled 10 years ago… Yet the same Anglo-Zionist controlled bank in Russia that dogs SouthFront is the same group that makes Putin and his entourage “filthy rich”!…

With all them crammed together other(?)side in Antarctica wonder how’s the ‘weather’ down(or up!) there? Oh sorry I forgot, according to msm there’s nonexistent haha