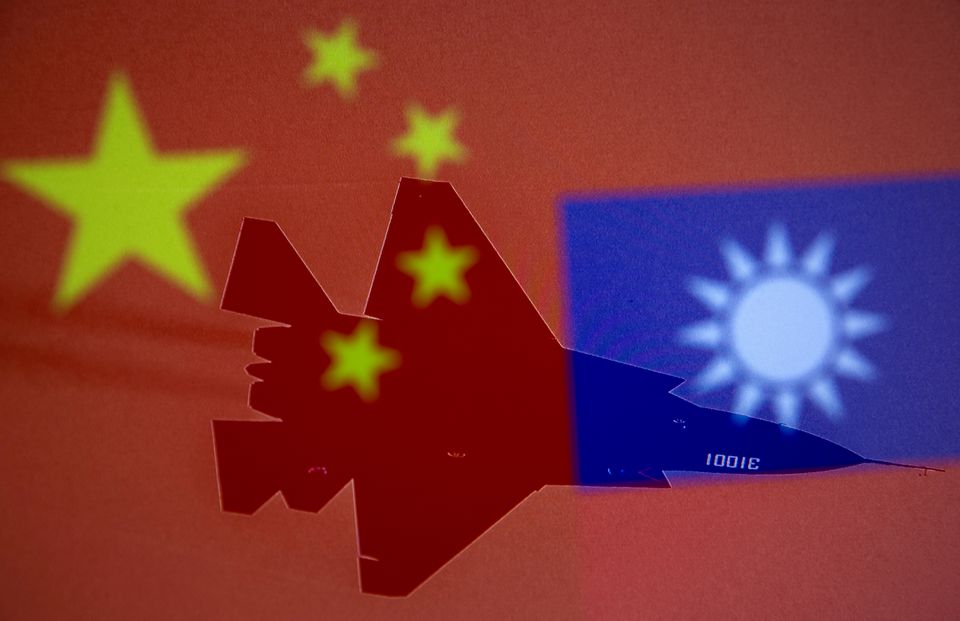 The United States and its allies would take unspecified “action” if China were to use force to alter the status quo over Taiwan, U.S. Secretary of State Antony Blinken said.

Blinken was asked whether the United States would step in to defend Taiwan in the event of an attack by China.

He repeated regular U.S. statements that Washington’s role is to make sure the island has the means to defend itself, as is required under U.S. law.

“At the same time, I think it’s fair to say that we’re not alone in this determination to make sure that we preserve peace and stability in that part of the world,” Blinken added.

“There are many countries, both in the region and beyond, that would see any unilateral action to use force to disrupt the status quo as a significant threat to peace and security, and they too would take action in the event that that happens.”

This “action” remains a mystery.

U.S. President Joe Biden caused a stir last month when he said the United States would come to Taiwan’s defense if China attacked.

Those remarks appeared to depart from a long-held policy of “strategic ambiguity”, not making clear how the United States would respond.

But the White House quickly said Biden was not signaling a change in policy.

The Democratic chairman of the influential House Intelligence Committee, Adam Schiff, urged the Biden administration to be less ambiguous about what he called a U.S. obligation to defend Taiwan from attack by China.

It is unlikely to change anything, however.

Blinken’s remarks came ahead of a planned virtual meeting between Biden and Chinese leader Xi Jinping, which a source briefed on the matter told Reuters will be held soon.

Meanwhile, on November 9th, China’s military said it had conducted a combat readiness patrol in the direction of the Taiwan Strait, after its defense ministry condemned a visit to Taiwan by a U.S. congressional delegation.

The patrol was aimed at the “seriously wrong” words and actions of “relevant countries” on the Taiwan issue and the activities of pro-independence forces in Taiwan, a Chinese military spokesperson said in a statement.

Several Taiwan media outlets reported that unspecified members from both the U.S. House of Representatives and Senate had arrived in Taipei on a U.S. military plane.

When asked about the visit, Taiwan Premier Su Tseng-chang told reporters that Taiwan-U.S. relations are “very important” and that he respects “mutual visits between friends”.

The government will make “appropriate arrangement” based on each others’ need, he said, without elaborating.

The American Institute in Taiwan, the de facto U.S. embassy in the absence of formal diplomatic ties, did not immediately respond to a request for comment.

China’s defence ministry said in a statement that members of the U.S. Congress had arrived in Taiwan by military plane.

“We firmly oppose and strongly condemn this,” it said.

A spokeswoman for China’s Taiwan Affairs Office similarly condemned the visit, but played down the notion that war is imminent.

“We urge everyone not to believe or spread rumours,” spokeswoman Zhu Fenglian said.

Yes they would write China the most stern and nasty note the world has ever seen, it would be brutal!

Waiting for China to put a base in Cuba.

They probably already have one.

Making an appointment to get an ass whuppin’ perhaps….

This would be the end of the Zionist backer with the Zionist’s not to far behind in their inevitable downfall And so deservingly so. Do you understand that Tommy Tutone…

Whithout allies the US would do absolutely nothing. Go and suck eggs.

US allies have generally become unenthusiastic toward’s standing with US in it’s criminal conduct…. Also due to being treated like enemy’s.

🤣🤣🤣🤣🤣Unspecified cos they actually do anything

Why China dont intercept that plane and forced it to land on the mother land. They could then show the criminals who provoke havoc to the world in a TV show.