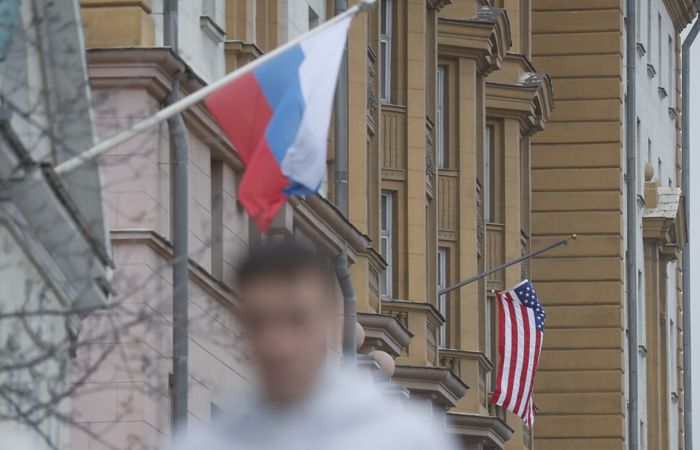 US Ambassador to Russia John Sullivan will return to the US, Axios reported with reference to the State Department.

“Ambassador Sullivan will return to the United States this week to visit his family and meet with members of the new administration, with whom he has not had the opportunity to consult since he agreed to continue serving in his post indefinitely,” the State Department spokesman said, noting that the ambassador “will return to Moscow in the coming weeks.”

Axios previously reported that US Ambassador to Russia John Sullivan refuses to leave the country, despite Moscow’s recommendations to do so.

According to the outlet, Sullivan was summoned to a meeting with presidential aide Yuri Ushakov, who recommended that he return to Washington for consultations with officials of President Joe Biden, but the ambassador continued his work in Moscow.

According to people familiar with Sullivan, he believes that if the Russian authorities want him to leave the country, they will have to force him to do so.

On April 16th, Russian Foreign Minister Sergei Lavrov said at a press conference in Moscow that Ushakov suggested that Sullivan “go to his capital and hold detailed serious consultations there.”

On April 15th, the US Treasury announced that 15 Russian citizens and 25 Russian companies were included in the sanctions list for Russia’s “malicious activities” – for conducting cyber-attacks, interference in elections and for the situation in Crimea. Also, ten Russian diplomats are being expelled from the United States. In addition, the US Treasury has introduced new sanctions on the Russian government debt.

In response, on April 16th, Russia closed the entry of eight current and former American high-ranking officials, banned the hiring of Russian and third-country nationals in the US diplomatic mission, and also announced its intention to denounce an agreement with the United States that regulates the movement of diplomats in the host country.

They made him an offer he could not refuse, so now he tries to hide the embarrassment of having been driven out, through unlikely teared stories about the family. LOL

Damn but that’s a clean place not at all like Seattle L.A. or numerous American cities must be these people have some pride in who they are and their country, wish I could say the same for America, but we lost that years ago when greed settled in and became all consuming. And as far as YouTube that’s a noted propaganda site and thus don’t mean a thing..

THIS is exactly the first thing that will hit you ..upon being on the Ground ROBERT..coming from New York , then.,, in 2016…I Couldnt help but be awed by the cleanliness ….

i m a smoker..so first thing i was careful about was “where to garbage” …i watched the ones who smoked…or asked …they smoke …and would CROSS wide streets to put out cigarette butts…

meaning..they CARE about their surroundings…the greatness and beauty of their place…and take it upon themselves…to be part of maintaining its cleanliness…

though garbage is collected efficiently…

We have freedom to live in tents on the streets and shit everywhere, what Russia as a dictatorship country dont have.

They have McDonalds. Which mean the Russians are still crazy about being “an equal partner” with an American.

CNN had a rather awkward story on this which included Navalny’s spokeswoman. I say awkward because it was such a long, I mean really long segment for an interview. The host the the PR lady were just kind of starting at each other to the point where the PR lady just repeated what she already said about 3 times.

‘Navalny has only been able to talk to his lawyer for 15 minutes a day, he should be able to speak at least for 2hrs’. Really? What’s the rule in the U.S. The story here is that Navalny is on a hunger strike to protest life threatening, Magnitsky style, mistreatment. I have no idea what the actual truth it.

Scroll Down
Reply to  chris chuba

CNN – Covid News Network – Promoting BS & hysteria 24X7. “The whole aim of practical politics is to keep the populace alarmed (and hence clamorous to be led to safety) by menacing it with an endless series of hobgoblins, all of them imaginary.” -H.L. Mencken

May be this is the reason… BREAKING NEWS: RUSSIA POSSIBLY SHOT DOWN A NAVY P-8 ANTI- SUB PLANE RIGHT OFF THE COAST OF CRIMEA waiting for updates..

ya thats pretty serious if true defcon 2 https://youtu.be/dcd3thNJugM need confirmation.. Any one?!

I will hang on for further info but i hope its true,lets hope they get the message.

That way 12hours ago – by now the news would have broken, if it was ‘news’…

not necessarily “BY NOW…”” 1) the western media we know to black out…things embarrassing….2) the russians HAVE shown a pattern of NOT scandalizing things..EVEN if they have evidence…and OFTEN have kept it ‘SUBTLE” and only use it FOR LATER…when the BRIT – AMERICAN roaches really get more crude…

the russians for a prolonged period did that in SYRIA…trying encourage the westerners to COME CLEAN BY THEMSEVLVES…and only later the russians were forced to talk more openly..WITH EVIDENCE..

Sure – the Yanks could just stay quiet and behave like it never happend.

Anyway it’s no Pearl Harbour, no 9/11 – it’s to small to be useful to get their population ready for war. So yes – it could be…

So, what happened. Well, several senarios are probable, one is, since it was monitored when it was descending, not plunging downward, it of course could be on fire, but it also could be forced down by RAF, and then, the Imperial banana republic guided an drone to follow its path, witch alone could be more telling than just the blip from the Posedion plane witch could be just switched off, of course, the RAF dont like that, but I also must underline the fact Russians usualy followes procedures striktly. Border encounteres arent that unusual, happens all the time, and if anything should tell you if the probability of something indeed did happen, its based upon the costal border line witch is the same as on the sea as above, 16 nm/29.7 km, Russia will as far I have expirienced never do anything, apart from hailing it if the vectore is sugesting an line witch eventually will cross the borderline, it will not do anything, just like the USArmys airforce when it intercepts Russians Mil. Airpl. in the Bering/Alaskan bordeline.

But so far, if its true/genuine, it maybe serious, so until anything else comes up, just watch and see what happens, Russians usually dont jerk around, and this is by large an move witch would be any means been seen as provocation, and everybody knows that. What I may consider to be more serious, is what on earth do two Brishit marine ships going to do in the coming days, why the Impisses turned maybe more about altering the propaganda and provocation angle to be about what will the RUF do with this if the Britshits are going to force their way under the crimean bridge, witch somehow have becomed an no no- line, intresting along with the sudden uptick of diplomaTick nonsense and kindergarden level of uh…. showing force, like the idiotic move done by the Czechs, dunka, dunka, was it for domestic abuse and to show Creepy Joe the Brainfart what an obidient assliking bitch you are, I am infact impressed, but then again, Czechs have never shown to be anything else than just bitches, what the Orcs/Ukrainians yell I dont care that much about, much ado with little or nothing else beside, and the images from uh… satelites is somethimes as real as girls faces are on instagram, (thank god for image processores), and if you think military strategical, nothing makes sense, to be frank, what I mean by that, I dont want to drool anymore right now, just say that this is more about provos, and I as others expects an massive False Flag event ASAP.

If I was RUF, I would sink this two Britshit ships the second the cross the borderline, and presto, the two Britshit ships that actually works is gone down to David Jones locker. Its infact, legal pr. def. and acordingly to int. a right exlusivly for Russians to do, because this two ships are war ships, not in any way to be mistaken for anything else so the enitre event rests on the Britshits, just remove them from the face of this earth.

unless of course the ukies have already started a war in which case he won’t be coming back.

C/P: As you probably missed this, as Pedo Joe was starting a war with Russia, the Russians hit back with the most devastating economic reprisals available and that was hindering Black Sea access to Ukraine. Yes this is precautionary about no more NATO warships appearing and shiploads of arms, but this is about shutting down the massive shipments of opium flowing into Ukraine from Afghanistan. Shutting down opium, hits the London Banking at their most vulnerable as a new pipeline will have to be established to deal with this increased load.

VAPORISE the anglo-jewish SCUM and have Liberte,Egalite ,Fraternite FOREVER! AMEN!

He went to feed the dog!

On April 16th, Russian Foreign Minister Sergei Lavrov said at a press conference in Moscow that Ushakov suggested that Sullivan “go to his capital and hold detailed serious consultations there.”

WHY DID LAVROV HAVE to say that publicly? because the ANGLO AMERICAN WON.T leave…wanting more dramatics..to show “the evil russians have to use force….” so USA can squeeze propaganda out of it…that EVIL PUTINLANDIA has no ‘FREEDOM”…hahaha…

Now, can everyone see what a pack of liars US leadership are? even on things that are plain as day. Russia suggested the US ambassador leave, but they cannot tell the truth even when everyone will know that they are lying. Despicable.

he should remind hi TRIBE THE RUSSIANS WILL DITCH THE DOLLAR ALTOGETHER…..IN FACT IT IS THE RUSSIANS OPENLY ENCOURAGING CHINA TO DO LIKEWISE…….MY MY THE FALL IS GOING SWIFTER THAN I THOUGHT…….

HE REFUSED to leave….LOL…maybe he was applying for RESIDENCY? :” could you give me something like for SNOWDEN i promise i will be good..” and was declined……AAAAWEEEE

MAYBE …he would have been allowed to CHANGE RESIDENCY STATUS…if he became a BOXER like MIKE TYSON…..hahaha

The end days are here.

time is a concept.

Probably found RU more to his liking than the ussa being red rather than blue (although they’re really all the same.), no waters, pelosi, schummer, blm, antifa, and a host of other diseases to contend with. lol