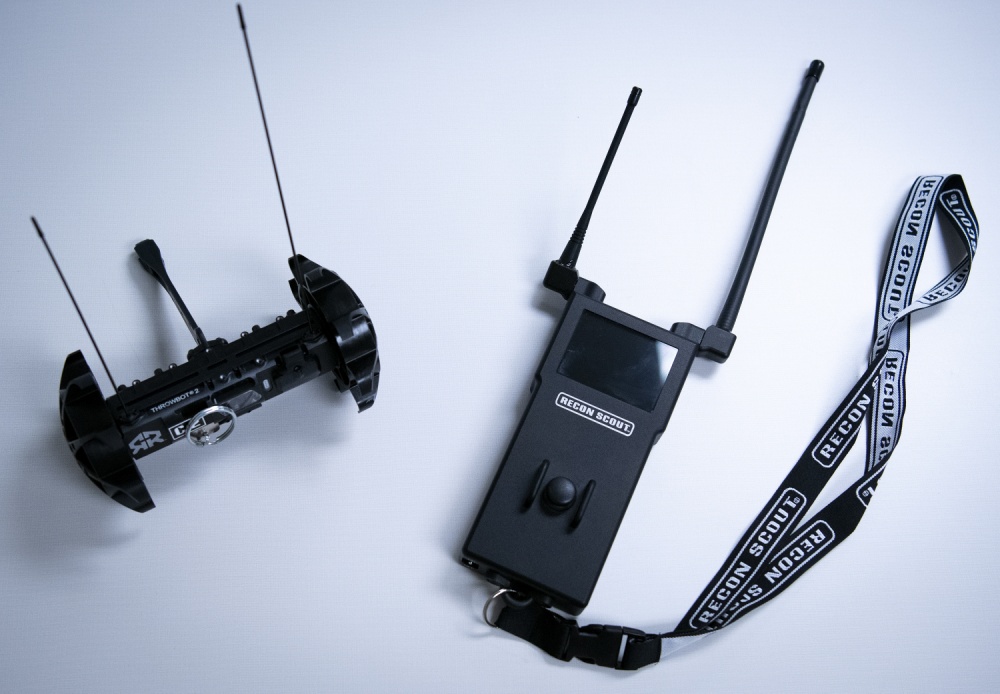 On August 12th, the US Air Force reported that it had begun using reconnaissance microbots in their missions.

The Throwbot is a throwable microrobot that records and transmits video and audio reconnaissance, indoors or outdoors, to an operator’s control unit is now in the 96th Security Forces Squadron’s inventory. A camera on its front allows an operator to see what it sees. The control unit contains a joystick to guide the device, a video monitor and antennas. Video can be fed to an external monitor.

It is being used at Eglin Air Force Base’s 96th Security Forces Squadron.

The new device gives a response team a safe way to assess a situation, make informed decisions and perform tasks that can lead to saving lives and property.

“It took five minutes for me to learn how to use it,” said Leon Gray, 96th SFS, after seeing it demonstrated at trade shows. “It quickly became apparent how our security personnel could utilize this tool in our operations.” 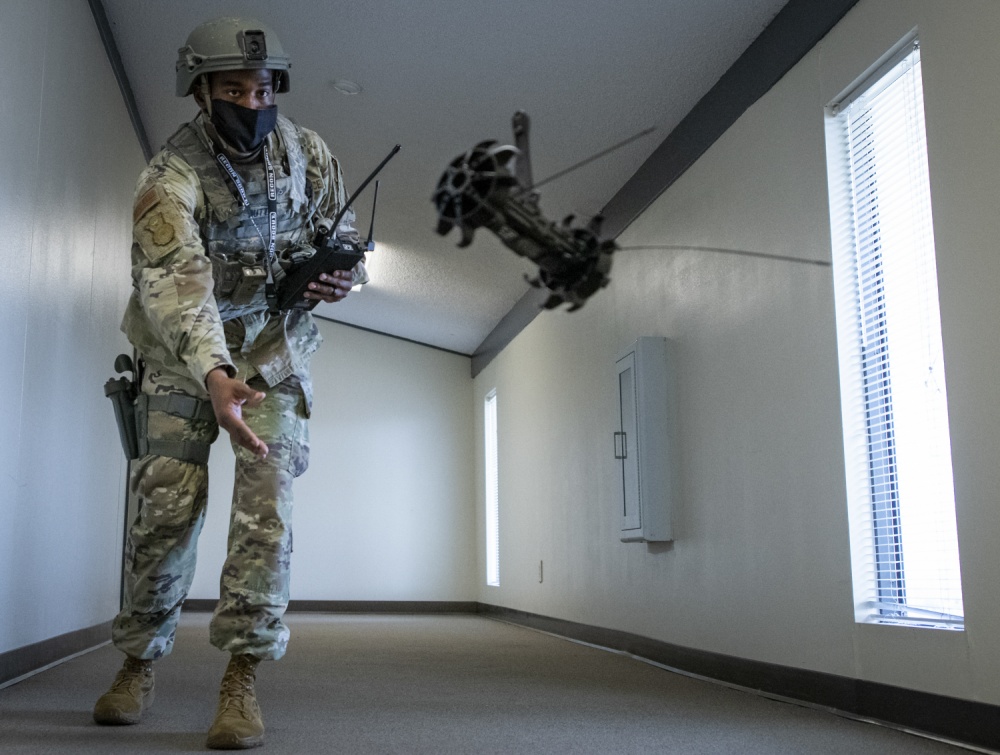 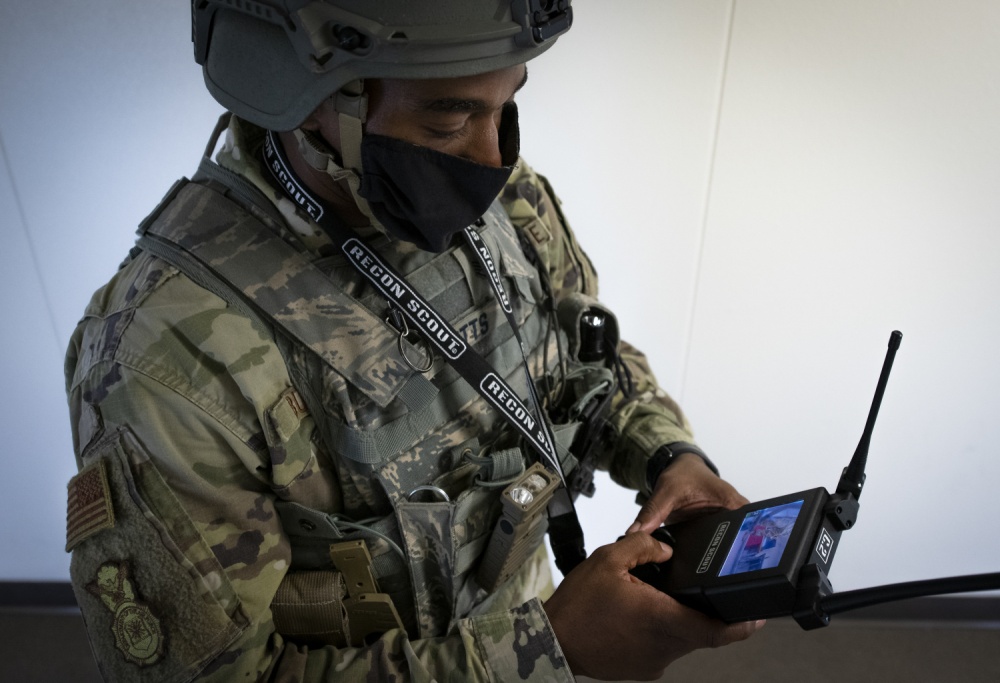 Gray said the squadron would look for ways to incorporate Throwbot into security training exercises, for evaluation and use in potential life-and-death situations.

The robot can withstand landings of up to 30 feet and can crawl over a variety of terrain. When accessorized, it can carry and tow a combined four pounds of equipment.

A Throwbot acquisition plan was presented at an iSpark meeting July 1st. Only nine days later, Throwbot was approved and purchased on the same day.

In an active shooter situation, the Throwbot’s camera allows an operator to see around corners while clearing a building under threat, locate and identify subjects, confirm presence of hostages and show a room layout.

Other planned security uses include checking under vehicles when conducting commercial vehicle inspections, and when executing random base entry point anti-terrorism measures.

“We’re glad to have the Throwbot as another 96th SFS tool to use in our ever-evolving security mission at Eglin,” Gray said. “It will be especially great to have in emergencies, to help us make informed decisions when seconds count.”

The Throwbot appears to strongly resemble a reconnaissance bot from a video game: Rainbow Six Siege.

According to Throwbot manufacturer Recon Robotics, toss-ability is great when you need eyes in an upstairs room that normal ground robots may have trouble accessing in the first place.

“If we had owned the robot back then, we would have breached an upper window and thrown in the robot,” said Sgt. James Evenson, of the Rochester, Minnesota SWAT team, in a product testimonial. “As it was, we ended up deploying gas in the residence, and the cleanup and remediation was a very expensive proposition.”

The Throwbot is also more versatile than heavier, tank-like drones that can’t be carried deep into the middle of a dangerous situation, other SWAT officers said.

“What our team really likes is that it can be easily carried in an entry team backpack and when you need to use it, you can simply grab it, pull the pin and throw in the robot,” said Sgt. Jake King, of the Marietta, Georgia SWAT team, in a testimonial. 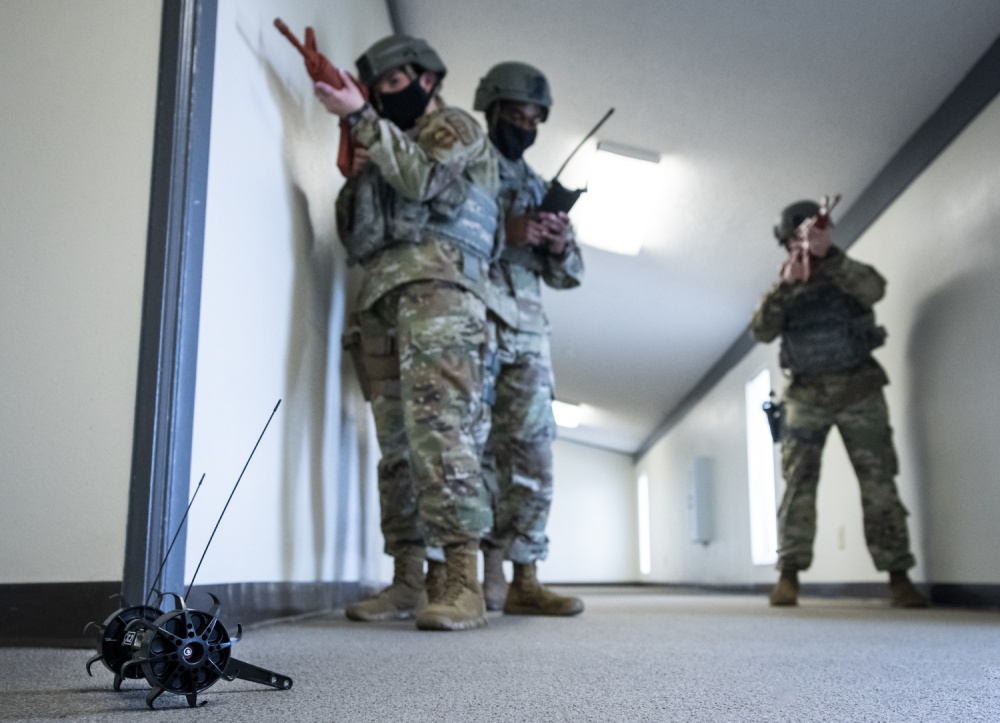 And how is that a new thing? They had it for at least 20years.

Both U.S. and Russia had thermal cameras that can see through thick brick and concrete walls and that 30 years ago…

Enemy is fucked ! LGBTQ 60 genders gadget army is attacking. You’ll need much more than that against serious opponent you silly girls “imprisoned in body of men”!

At least one has been captured.