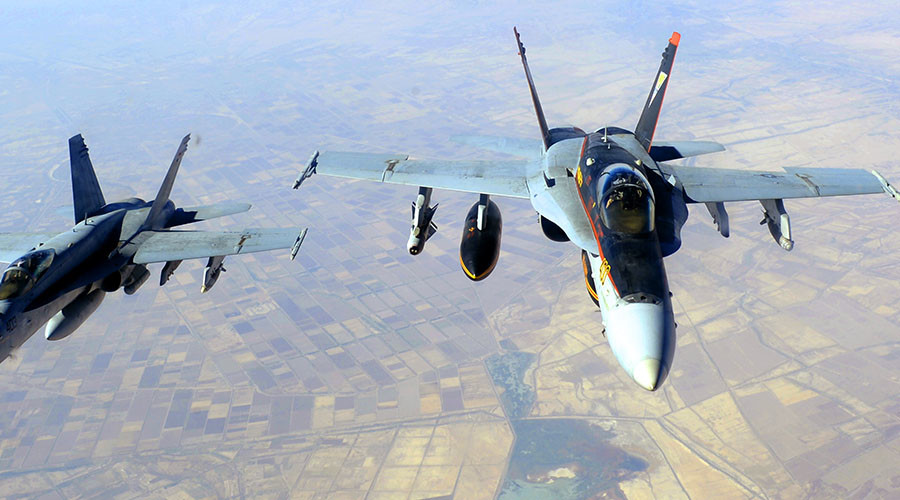 On January 21, a Western media outlet Daily Beast reported that the U.S. military is to announce it killed or wounded civilians on at least 14 occasions in Iraq and Syria.

A US defense official told to Daily Beast that the 14 new incidents which claimed at least 15 of civilian casualties occurred in 2015.

Until last week, the US had accepted responsibility in just two such cases.

The report said that American military launched more than 7,500 airstrikes over the course of 17 months of ISIS war, the toll could very well increase.

The Daily beast also said that Pentagon was reluctant to admit causing civilian casualties during its bombing campaign against the terrorist group Islamic State (IS, formerly ISIS/ISIL and now in three weeks, it is to announce 14 new cases from 2015 that killed or injured a total of 29 innocent people.

The news website also said that last week the military detailed five incidents between April 12 and July 4, 2015, that had claimed eight lives and left three others injured. This week the Pentagon is to acknowledge five more incidents, and next week four additional cases will be announced.

The report indicates the US desire to avoid civilian casualties, and for that reason it is so long avoided targeting the terrorist group’s revenue-generating facilities, such as the convoys of stolen oil that IS smuggles out of Syria and Iraq.

U.S. Central Command spokesman Air Force Col. Patrick Ryder stated to the website that “We take all allegations of civilian casualties seriously and assess all incidents as thoroughly as possible. In accordance with our commitment to transparency, we are working to release assessment findings of closed allegations as soon as possible.”

A recent UN report said that nearly 19,000 civilians had been killed in the fighting in Iraq alone. A war in which bombs are being dropped from 30,000 feet from the above from the ground, it could lead to many innocent deaths.

The daily beast ???? Really this is your source… And I thought you people wanted to be taken seriously ! Smfh