UK Foreign Secretary, Boris Johnson, is running ahead of the European Union in an attempt to put an additional political, diplomatic and military pressure on the “bloody Assad regime” and its allies, including Russia.

On April 8, the foreign secretary canceled a planned trip to Moscow after the US missile strike on Syria. Johnson had been due to fly to Russia on April 10 for talks with his Russian counterpart.

“We deplore Russia’s continued defence of the Assad regime even after the chemical weapons attack on innocent civilians. We call on Russia to do everything possible to bring about a political settlement in Syria and work with the rest of the international community to ensure that the shocking events of the last week are never repeated,” Johnson said, adding that his priority is “to continue contact with the US and others in the run-up to the G7 meeting on 10-11 April – to build coordinated international support for a ceasefire on the ground and an intensified political process.”

However, it rapidly became clear what kind of “political process” the UK is pursuing in Syria.

Johnson announced that the UK will call for new “very punitive sanctions” on Russia if Moscow does not cut ties with the Syrian government. He is going to do this at the G7 foreign ministers meeting on April 10. The move is described as a response to last week’s alleged chemical attack in the Syrian province of Idlib. There is no need to add that the mainstream media and the US-led coalition are blaiming the Assad government for this incident.

Further contributing to a “peaceful solition” of the crisis, Johnson added that the United States could launch more strikes on Syria in order to weaken the “Assad regime.”

“America could launch fresh strikes on Syria in the fight to weaken President Bashar Assad’s regime, Boris Johnson has said.

The Foreign Secretary made the warning ahead of a meeting of the G7 group of nations, who will meet in Italy today to demand that Vladimir Putin remove his troops from Syria and drop his backing for the Syrian president,” The Telegraph’s article reads.

So, the UK will actively support the US in a renewed “regime change” effort in Syria. The question is how far the US and its allies are ready to go in their military and diplomatic actions.

The clown is at it again.

What is really interesting is that he used to be quite critical of US and Western policy on Syria, and its Assad must go mantra. That changed overnight when he became foreign secretary. Which goes to show I guess how much of that job is basically to do as told by the boss, and how little of that is actually his own opinion. So what we actually hear is his Mistress’ voice coming through the blonde sock puppet.

Boris Johnson is just another US lapdog/lackey/puppet hypocrite. To the informed and non-gullible, he is attempting to egg on the US to continue the dirty work of supporting ISIS which Britain helped create and supplied. Johnson is a sneaky, slack jawed, mealy mouth, war monger coward. Disregard anything this airbag freak says. What about British supplied military equipment to the Saudi murderers in their war against Yemen?

Problem now for this clown is that Tillerson just did another u-turn leaving dear Boris completely out of phase once again.

I’ve read that – Tillerson stated that only the Syrian people has the right to decide on Assad’s fate.

Double u-turn amount to 360 degrees, doesn’t it?
Still Tillerson wouldn’t have made the last statement without some serious words with Trump. Tillerson might have been blindsided and forced into the first u-turn, but I somehow doubt he would have made the second without ensuring some backing.

Boris is under his wifes thumb. He was obliged by her to sign over significant assets of to bugger off.

Boris should also realise that a US style salute WITHOUT military head dress is rather naff.

That’s a british salute – US military salute with the palm down, only the brits do that in this way. Also, I’m not sure that saluting without a hat is permitted in the US , but in most countries is not.

Boris is a plonker, Benny Hill was more serious 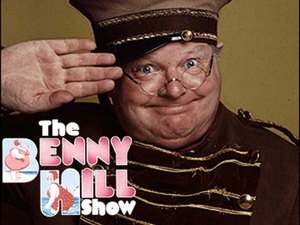 The Rothschild Zionist cabal is in absolute control of the British gov.

The consensus from intelligence and chemical warfare experts is that it is crude propaganda. Boris is a complete and utter fuckwit.

The US and UK will go all the way but the question is if Russia will stay and support the regime. My believe is that Russia will lose this sadly and the terrorist will win by the support of UK and US and they will get their gas and oil like they did in Lybia. Syria will be controlled by terrorist so they don’t care aboute the people it is all aboute those contracts need to change owners.

It’s not a regime.

Russia can’t afford to lose, otherwise we will be seeing the Qatari natural gas pipeline from Qatar all the way to Europe.
Putin will be ousted by his military before this happens.

What a buffoon. Why don’t the UK go forward and do that themselves, instead of stand there whining?

I would like to ask the poodle how many weapons​ this government sells to Syria.

It is disappointing, but not surprising, to see the UK freeing itself
from the EU only to become a willing vassal of the USA.

Is Boris Johnson a moron?
He was once talking of the United Kingdom as a country happily doing business with the rest of the world…

Now, with such extreme attitudes, he seems to be leading his cuntry into an island isolation… :-P