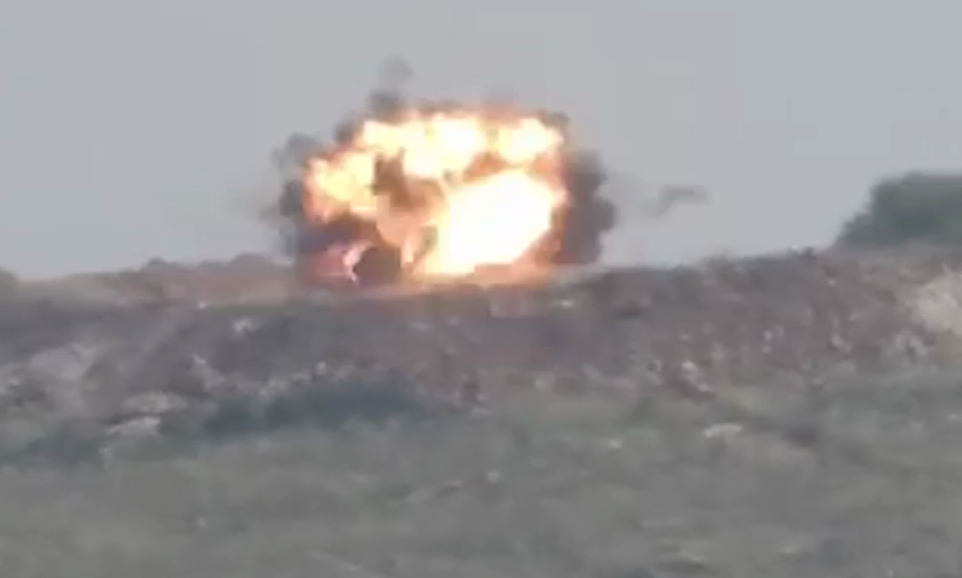 On April 28, an attack with anti-tank guided missiles (ATGMs) targeted the Turkish-occupied area of Afrin in northern Syria.

According to the London-based Syrian Observatory for Human Rights and several other sources, two vehicles were targeted with ATGMs in the town of Bosoufane in southern Afrin. The town is a hub for drug and arms smugglers.

Both vehicles were Hyundai Santa Fe SUVs. This model is preferred by militant commanders. So far, there have been no reports of casualties.

The ATGMs were certainly launched by Kurdish forces, which control a strip of land to the south of Afrin. Syrian government forces and a few units of the Russian Military Police are also present there.

This was the second such attack this week. On April 26, the Afrin Liberation Units, one of several Kurdish guerrilla groups active in southern Afrin, targeted a pickup vehicle of Turkish forces with an ATGM near the town of Bosoufane. A video of the attack was released on April 28.

The Turkish military and its proxies occupied Afrin early in 2018 following a brief battle with the Kurdish People’s Liberation Units and the Women’s Protection Units.

Since then, the situation in Afrin has been unstable. The area inhabited mainly by Kurds lacks security. Human rights violations are being reported there on a regular basis.

What a waste of a perfectly good ATM!! That pick-up could have been taken out by a few AK rounds.

There are more atgms in Syria than fighters, not a waste

I agree. ATGMs are expensive. IDK about destroying it with a few AK rounds; looks like they are at least a couple hundred meters away. An AK round wouldn’t pass through the engine block at that distance. An anti-material rifle in 12.7x108mm with a standard AP bullet with hardened steel core would have definitely drilled the motor all the way through, however. You could probably even waste that pickup straight through with standard copper-jacketed lead ball rounds with an heavy machine gun.

Who cares … US taxpayers are paying for it. I’m just surprised the US didn’t insist on an air strike from a carrier in the Persian gulf that included an AWAC, a few tankers and F-22’s flying cover.