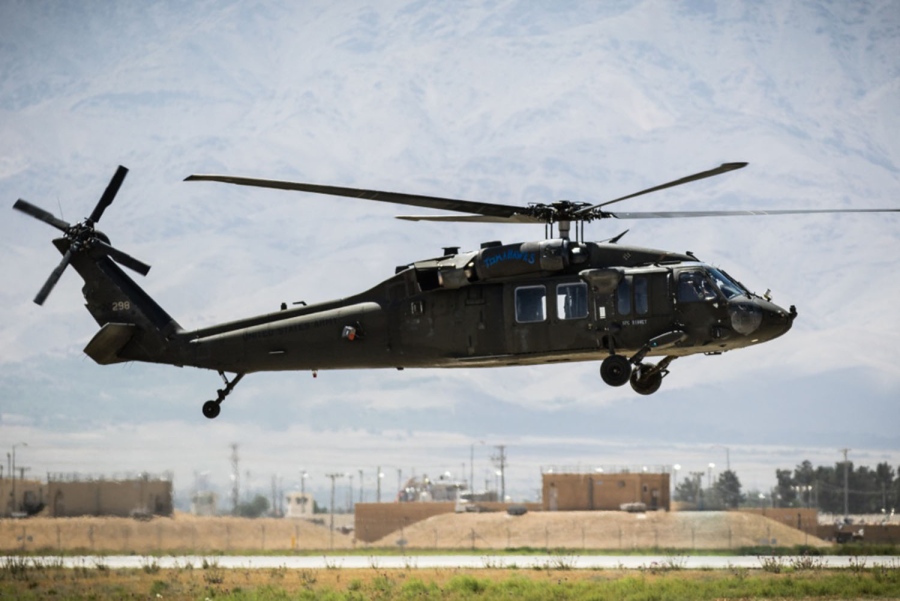 Two US soldiers were killed on Thursday and three others were injured in a helicopter crash during routine training off the California coast, officials said on Friday.

A group belonging to the US Army Special Operations Command was conducting training in the vicinity of Coronado, Calif., when the ‘aircraft incident’ occurred, a SOCOM spokesperson said in a statement. The area has been secured and an investigation into the crash is underway.

More information about the incident will be provided 24-hours after next-of-kin notifications, the spokesperson said.

The helicopter was a Black Hawk and the soldiers killed and injured are from the Army’s 160th Special Operations Aviation Regiment, The San Diego Union-Tribune reported, citing a Defense Department official. The 160th SOAR is headquartered out of Fort Campbell, Ky., and provides rotary wing support to special operations forces.

The official also told The San Diego Union-Tribune that the helicopter crashed Thursday evening on San Clemente Island, which is about 70 miles west of Coronado and San Diego.

The island is also where eight Marines and a sailor with the 15th Marine Expeditionary Unit died June 30 in an amphibious assault vehicle accident as they were returning to their ship after finishing training there. Their bodies were recovered on August 7. LINK

US military is falling apart like its imploding society. More than 10 aircraft have been lost in unexplained circumstances in the last month and 2 ships set on fire.

That is what Karl Marx predicted.

That’s what Lenin’s head is waiting.

“capitalism carries the seeds of its own destruction”.

capitalism will never collapse it has been there for a long time and always be there …. lets hope the actual sistem based more in national socialism of all powerful coroporations like facebook or google ruling the world does collapse.

the meth in your trailer park serves u well

I hope Zuckerberg will be President in NWO.

That you say that a system can last forever discounts your argument. You are like those men who justify their women even when the latter are cheating them on their face.

Indeed. But call it crony capitalism.

accidents happen everywhere russia has lost al lot in accidents it lost 2 in a row su-27 in thei aircraft carrier near the coast of syria .

U.S. lost more jets and helos in 6 months than Russia in 3 years.

We can afford it, Russia’s quagmire economy cant.

Its the other way around…

Since the US can afford it, let’s lose even more aircrafts and men. The more, the merrier!

show the bloody Ruskies that you can lose even 100 times more choppers than them!

A the husband of a friend of friend of mine was loaned by the British military to train US marine helicopter pilots in Carolina about 3 years ago. He mainly trains on Chinook and Black Hawks .

He told me that the Black Hawk was a very ‘unforgiving’ aircraft to fly and also that many US pilots were alarmingly cavalier in their flying skills.

Im aware of that. The Crashawk suffers from micro torque loss, especially at higher altitudes. They know about it for 40years but they wont fix it. I guess its more profitable to make new helos than to redesign it to be more safe…

Don’t forget that f16 that fell onto some storage and pilot catapulted. Was it also a sabotage?

2 less warmongers, the US will need more of these cowards to kill its own people as a civil war looms. KARMA!

Karma is a Bitch!

Everybody make mistakes, also America. Accidents happens everywhere, also in America. But I refuse to apologize. No more apologizes. America is done with apologizes!

Who cares about your apologies when you are known to be liars and your tongue is forked? The world wants to see you hanging from a rope, probably.

We all realise that. The spoilt brat with ADHD down the road never apologises either. :)

Because they can, and very likely will destroy the US. :)