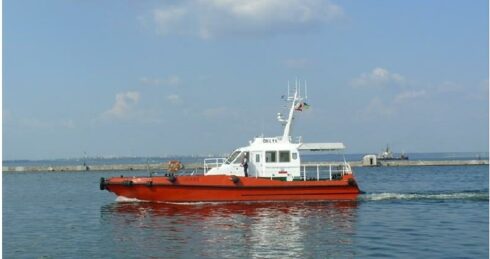 On July 31, the second Ukrainian civilian ship was damaged by a drifting mine at the mouth of the Danube river.

The operational command South of the the Ukrainian Ground Forces confirmed that Ukrainian pilot boat was ruptured by a mine in the Bistroe estuary. According to the portal Ukrainian Shipping Magazine, the victim of the mine was the boat Orlik. According to preliminary data, none of the sailors were injured. They were evacuated by the Coast Guard.

This is the second ship damaged by Ukrainian mines in the estuary in recent days.

On July 28, it was reported that the Ukrainian hydrographic vessel Shlyakhovic was damaged when it collided with a drifting Ukrainian mine. 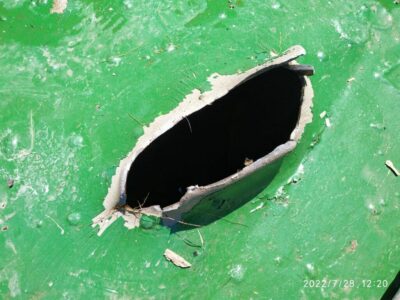 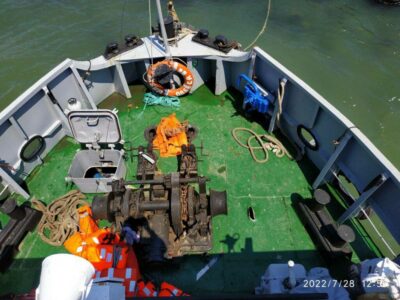 The passage of vessels through the deep—water channel Danube – Black Sea was temporarily restricted.

The mine threat in the Black Sea remains as the Ukrainian side refuses to mop up the waters in an attempt to prevent the landing of Russian troops in Odessa, Ochakov, Yuzhny and other Ukrainian ports.

Some of the mines were torn from the anchors and now they are drifting all over the Black Sea. Ukrainian mines awere already spotted off the coast of Romania and in the Bosphorus.

What goes around comes around

Ukros could lost much more ships, if they have, but their civilian fleet is sold out, navy — destroyed. In 1991 the Black sea shipping company was the largest in the USSR with the fleet ~250 vessels. In 2015 it the company has used just 1 ship. Antonov’s constructor bureau was relocated to Kiev from Novosibirsk in 1946. Last plane was produced in 2015. 2022 — ukros destroyed the largest plane in the world — An-224 (built in USSR). In 91th they had 2nd body of An-224, but were not able to build it till the end.

So it was Ukros who destroyed An-224? Here in North America, media put the blame to Russia

Putin started this war so whatever happens is Putins fault. So whatever Ukrainians think they need to do be it rape, torture, shelling their own people is allways Putins fault in western eyes cause he started this “unprovoked never before seen war of agression against the innocent people of ukraine” yes thats what is written in every newspaper article in germany. Use google translate and read “Welt” or “Spiegel”. In comments the germans are allready in front of moskov again….

Yes, when they were trying to regain the Gostomel airport from the Russians who managed to hold it for a couple of days or so.

They weapons back-fired. Idiots, it matter of time they grain ships will be sunken by those mines. And now they shoot anti-personal mines to civilian areas, why are they obsessed with mines?

Absolutely sorosist globalist scam !!!!!!!! It’s another step forward to force a deeper food global crisis, knowing that this channel IS THE SINGLE hohol ONE suited for large transport ships pass throw Danube to central Europe/Germany. And what imbecile believe those tiny ships will sustain a military mine blow and survive with just a tiny metal rupture into the hull…Bullshit ! The satanist reseters from JUSA are going strongly with the peoples new economic enslavement agenda. And to mention, this is not for the first time when this happened in Bistroe channel. In the ’90’s, Ukropizdan also staged a ship wrecking (Rostock) into romanian Sulina channel to stop romanian use of this secondary route.