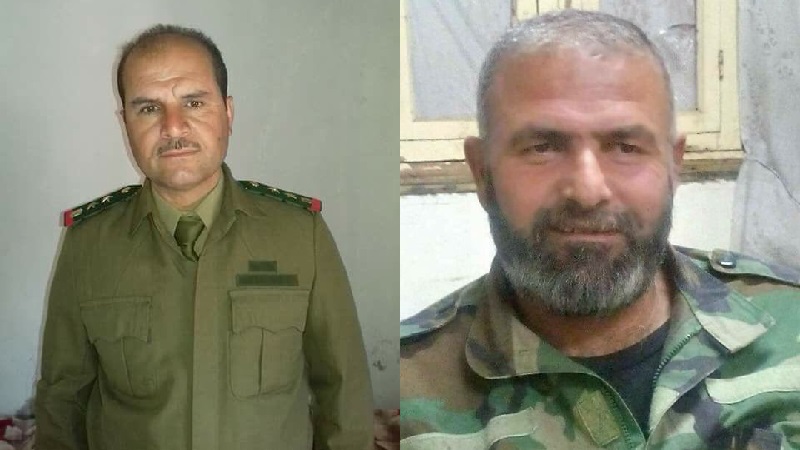 Two Syrian generals – Haidar Saleh and Ahmed Asad – have been reportedly killed in clahes against al-Qaeda militants in the northern countryisde of the city of Hama.

Hayat Tahrir al-Sham (formerly Jabhat al-Nusra, the branch of al-Qaeda in Syria) and its allies launched a large-scale offensive against government forces. Initially, Hayat Tahrir al-Sham(HTS)-led forces seized a wide area from the National Defense Forces, a local militia that guarded the area.

Then, the Syrian military deployed reinforcements to the area and launched a counter-attack regaining a number of villages from HTS and its allies (more here).

Hezbollah is sending new fighters to Maskana to fight against terrorist.

What really surprises me is that it seems SAA was surprised.

They have intelligence units, right? Planes overflying the area? Russian satellites? Traitors ratting out for money?

One should see attacking forces getting ready, troops being transported from Azaz to Idib?

Why don’t they make a great deal with the Mossad? I am almost certain they know it was coming.

Deal with Mossad? Dude, Israel wants this war to drag on so that Syria is left obliterated and fructured by the end of it.

And those informants sometimes provide false information, too.

Russia did it backwards in their own land in WW2 and the Napoleonic wars. Israel does it forward. I believe Genghis Khan worked like that too. Could work…

Israel provides intelligence to Jordan, KSA and Egypt. Israel would like a non cetralised Syria, sure. They also do not want too much jihadis near their border.

I am pretty sure they even do not want a toal collapse of Syria.

Their main objective is for Hezbollah in Lebanon to be CUT OFF from Iran. They want Syria to be broken up into federal states so they have a US-backed puppet state in eastern Syria which will prevent Iran from providing support to Hezbollah.

They couldn’t care less about jihadis on their border, they actually have borders and an army to protect them, contrary to clown european states who are willingly islamifying themselves.

They have THE ENTIRE COUNTRY under attack man! Numerous fronts, the very special forces of the most powerful military countries of the world acting and sabotaging. Tunnels all over the place.

Did you think that a country surrounded and with 6 years of war have money to pay for planes flying away watching possible attacks?

Anyone knows that to fight, better, to win, a war one needs to have intelligence in order to optimise the placement and use of one own forces.

Where one has a scarcity of crack troops, this is even more important.

Russia is for sure having Syria under constant satellite control. Putting enough analysts on the analysing does not cost that much.

no general should be direct on frontline. it is not normal, what saa does… also this colonel, the chief of TF. he is flying in chopper and coordinates the attacks. if this is hapopening in the bests units of saaa, then there is no hope. already in the ww2 was better organization of command. the whole syrian resistance can eliminate 2 snipers. 1 shoot the chief of tiger forces, 1 of desert hawks. :(

Yeah it’s really stupid flying in chopper over the battle field, specially aboard the Gazelle :(

Some senior officers should share the dangers of the men they order into the storm of steel.

There’s a reason why those units however have good results. Good leadership inspires the troops. Good leadership leads by example. There’s a reason why most of SAA units are shite, their commanders are too busy behind a desk lining their own pockets. This is all the more crucial because in Arab armies everything revolves around the commander. Good commander, you end up with a good unit, bad commander, that unit will fold quicker then a wet paper towel.

Another WWII analogy, as I am quite fond of those, take Erwin Rommel. He always led from the front. There were times in North Africa when his own staff didn’t even know where he was. He was always near the front in his half track or light aircraft. Risky, yes, but on the other hand because of that he knew when the British were weak and when to strike them when conventional wisdom back at a HQ would have advised against it. His greatest victories and some of Britain’s most crushing defeats came because he was out there and not behind a desk in the rear. And in the Israeli army it used to be quite the norm for officers to lead from the frontlines as well, not sure if it still is, but when they did the Israeli army lost a lot of officers that way, but also gained its biggest military victories.

Sad and a terrible loss.

Where are the russian with all their intelligent, radar , night vision materials, missiles ? Well, the same as Palmyra last time, isn’t it ?