The Russian Black Sea Fleet’s missile corvettes – The Serpukhov and The Zelyony Dol – have left their base in Sevastopol to reinforce Russia’s naval grouping in the Mediterranean, TASS quoted a Black Sea Fleet spokesman as saying on October 5.

“In the Mediterranean Sea, the Serpukhov and the Zelyony Dol are set to join the permanent operational task force in the distant maritime zone on a planned rotational basis,” Navy spokesman Nikolai Voskresensky said .

The warships are equipped with Kalibr long-range cruise missiles, left Sevastopol on October 4. They are expected to reach the Mediterranean on Wednesday evening.

The Serpukhov and The Zelyony Dol took part in Russia’s military operations in Syria in August. They fired three Kalibr cruise missiles against terrorist targets in the country.

Experts believe that this time they will also use sophisticated Kalibr missiles against the terrorists and their allies. 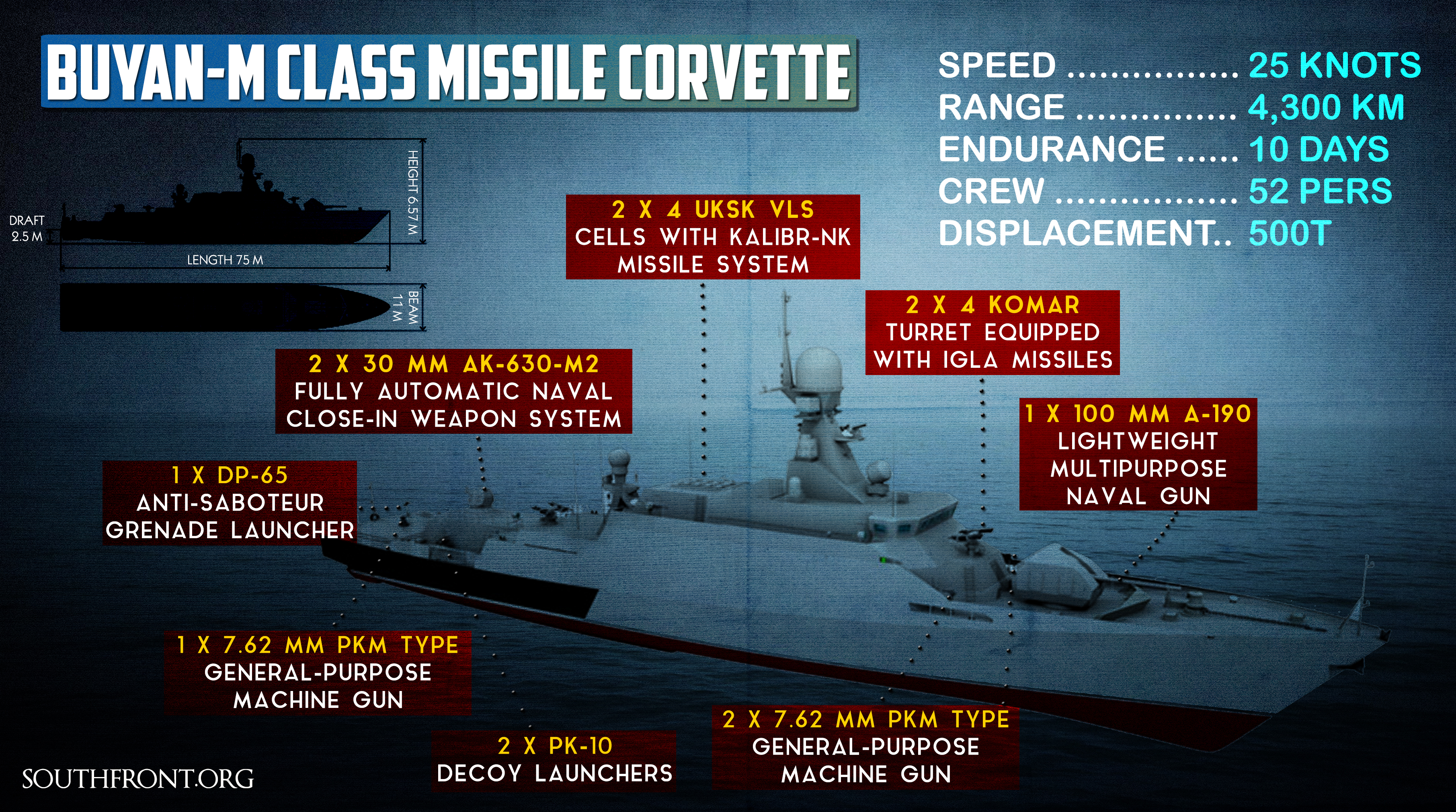 I believe the specs here may be off? Buyan M is 950 tons? Regular Buyan comes in at 500 tons. I like the weapons reviews.

I love this little ship would be great to see an M2 variant, stay small 1500 tons, Add 4 more VLS for Kaliber and say 16 round VLS for new Shtil. Replace that 2-30m aft with the naval Pantsir, same guns 32 i-sam. More punch serious air defense greater endurance and range in that small package! Maybe finish it off with an RBU or a couple Paket on the tail! a little something for defense against subs. Could probably do a dozen or so for the price of a larger capital ship?

I would send my yacht except it takes a country mile to turn. I am flying into Napoli tomorrow and heading straight up to my villa at Capri. I need a parasol some aspirin and more wine. War gives me a migraine and now I should rest and reduce my testosterone level thinking about all those lonely sailors floating on top of each other out there. EVERYWHERE