This is yesterday’s article about the ongoing presidential elections in the USA. It showcases important changes in the political situation in the country. 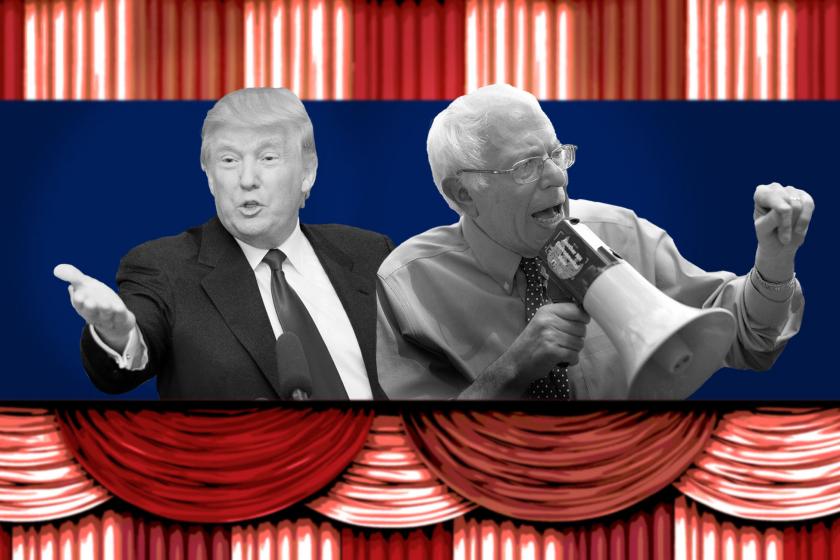 The primaries in the United States went of the rails, as Trump and Sanders are changing the main rules in the political debate and the temperature of the campaign does not exclude surprises.

Today, March 15, 2016 is day “X” in the battle for the party candidates of the Republicans and the Democrats in the United States. Voting, will be people in Illinois, Florida, North Carolina, Missouri and Ohio. Today’s “Super Tuesday” will clear favorites for the White House in both major parties, but it will hardly put an end to the suspense in the most surprising presidential campaign in the new history of the United States.

792 delegates will be in the camp of the Democrats, or approximately one third of their 2383, needed for a candidate to win the party nomination at the national convention in Philadelphia on July 25th. Hillary Clinton already secured 1231 mandate, against 576 for her opponent Bernie Sanders.

Voters of the Republicans will today elect 367 delegates. With the Republicans, 1237 are needed to win the mandate of the national convention in Cleveland. At the moment leading in the battle is construction magnate Donald Trump with 460 mandates, followed by two senators: Texan Ted Cruz with 370 and the representative of Florida Marco Rubio with 163.

But this is only the dry arithmetic. The 2016 primaries are out of script and the issue is not just about personalities. The two troublemakers, Trump and Sanders have created a long-term problem, ruining the basic conceptual and behavioral codes of the American political debate.

At first Donald Trump was seen as an eccentric impostor. Today the Republican establishment mobilized itself in an attempt to stop the inexorable rise of the billionaire. Alas, his rivals for the party nomination are devoid of charisma. One, Marco Rubio, will today rely on his victory in Florida to stay in the race. Meanwhile, Trump’s campaign went from a fun tour to a political tornado that devastates the American political landscape. Firstly by destroying from within the Republican Party, one of the two pillars of the party system of the United States. In parallel, Trump’s messages injected tensions in the interracial and political debate, and provoked an unusual for America violence between supporters and protesters, which invokes memories of the distant 1968, that ended with the assassination of Robert Kennedy. Republicans watch with despair, how their prospect to enter the White House goes away for another four years, after two terms of Obama. Moreover, Trump declared his willingness to participate in the elections even if he does not win party support, which would deprive the Republicans of even a theoretical chance of winning.

In the camp of the Democrats, the inconvenient man is Bernie Sanders. The senator from Vermont fights an unequal battle with the candidate of the establishment Hillary Clinton. By number of elected delegates to the national convention in Philadelphia at this time the result is disputed: 766 for Clinton against 551 for Sanders. But the rules of the Democratic delegate official forum, the so-called “super delegates” (senators, governors and party authorities), 90% of whom support Hillary Clinton. Despite the emerging “official victory” Senator Sanders has changed the campaign climate, injecting into it a radical critique of social polarization and the casino capitalism of “Wall Street.” The spreading of his message among young Americans, undermines the long-term comfort of the privileged 1%.

In recent days, Donald Trump has accused supporters of “our communist friend Sanders” that they lie under the numerous provocations at his rallies. Sanders in turn, said it was “disgraceful to encourage violence” after Trump promised to bear the legal costs of his sympathizer, who got into a fight vs a sympathizer of his opponents. As a result, “the two inconvenient men” came into dialogue over the head of the mainstream candidates, with which the debate lookes like an arcing discharge between the two poles in the campaign. The high voltage within it risks surprises beyond the traditional scenarios.