Militants stationed in Greater Idlib carried out two hit and run attacks on positions of the Syrian Arab Army (SAA) in the last 24 hours.

In late hours of July 12, a group of militants of the al-Qaeda-affiliated “Wa Harid al-Muminin” operations room attacked a key position of the SAA near the town of Hraiche in southwestern Aleppo. The terrorist coalition claimed that five Syrian soldiers and officers were killed in the raid.

Few hours later, Hay’at Tahrir al-Sham (HTS) special forces, known as the Red Bands, attacked a military position in the outskirt of the town of Kafrhood in northern Hama. A source in HTS said that seven SAA personnel were killed in the course of the hit and run attack. 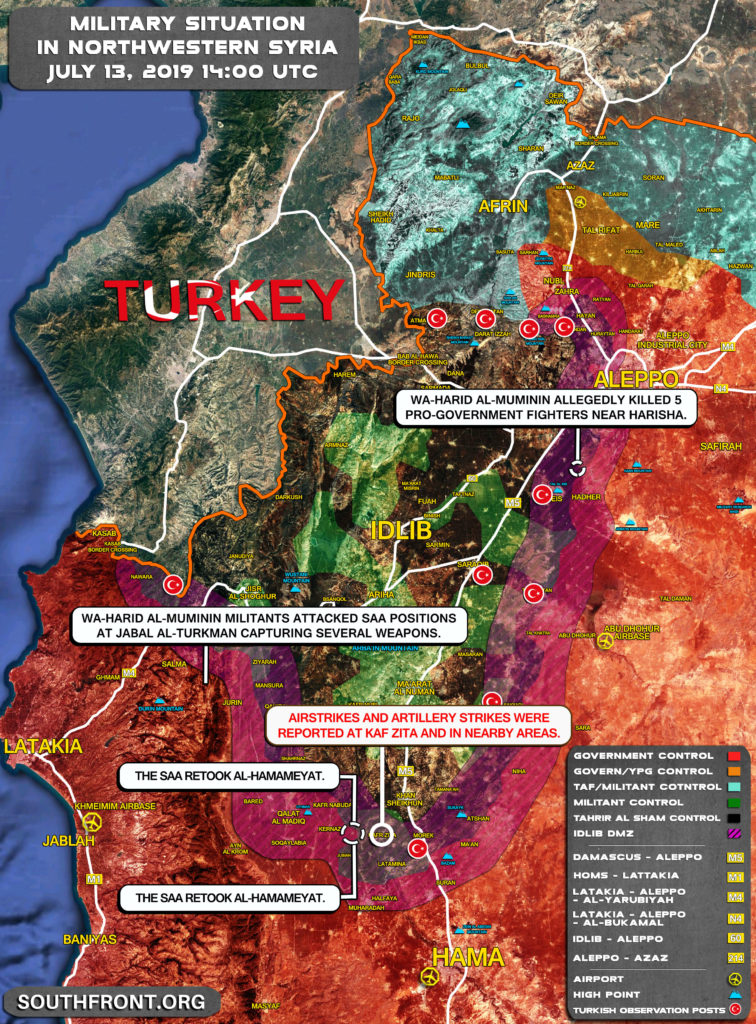 These new attacks indicate that Idlib militants are still not willing to respect any ceasefire agreement. In the last two months, at least two such agreements were violated by them. However, the SAA hasn’t launched any serious ground operation in the region, yet.

Bloody hell, bomb the whole area to hell. If the Turks get fried, the locals get a free Kebab.