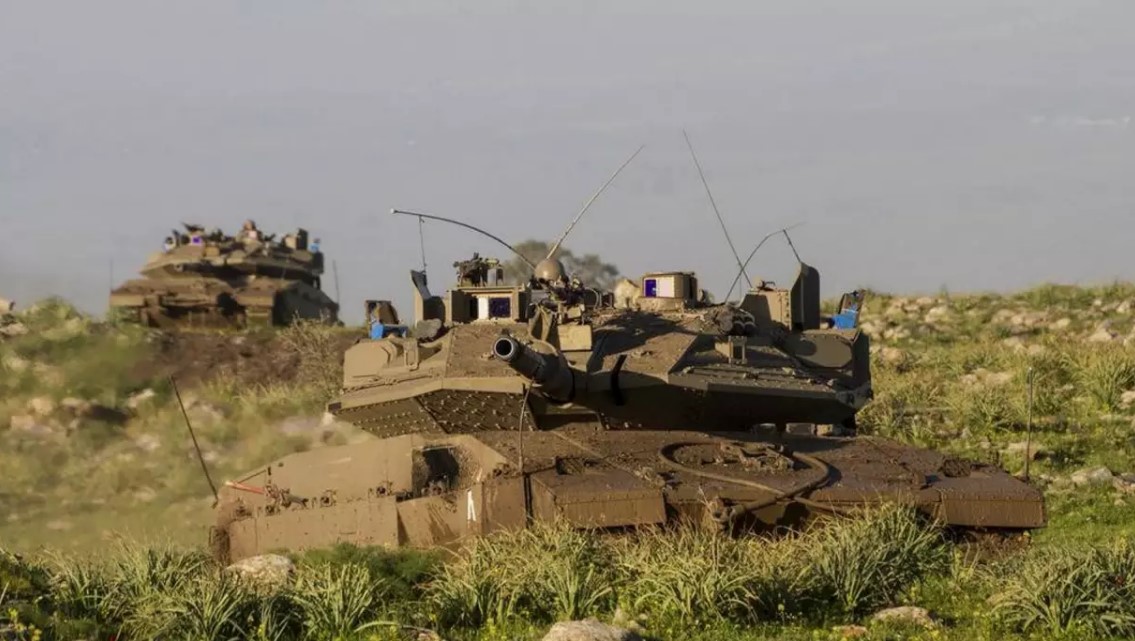 On August 12, two Syrian civilians were wounded when a battle tank of the Israeli Defense Forces (IDF) fired two rounds at the outskirts of the town of al-Hmidaiah in the countryside of Syria’s al-Quneitra.

The target of the attack was reportedly an observation post of the Syrian Arab Army (SAA) that is known to be frequented by members of Lebanon’s Hezbollah.

Al-Hmidaiah is located within the UN-monitored 235 square kilometer buffer zone in al-Quneitra, which was established under the 1974 separation of forces agreement. Late on August 10, a force of the IDF advanced in the zone and reached the outskirts of the town of Khan Arnabeh.

The IDF made several intrusion into al-Quneitra buffer zone in the last few months, either to drive SAA troops and alleged Hezbollah members out from the zone or to destroy their observation posts there.

Israeli military operations in al-Quneitra buffer zone were not limited to ground intrusions and direct fire attacks. On July 10, a fighter of the Syrian National Defense Forces (NDF) was killed as a result of drone strike that targeted the outskirts of the town of Hadar.

The IDF appears to be working to establish indirect control over al-Quneitra’s buffer zone. In order to justify its recent operations within the zone, Israel have been accusing the SAA of violating the separation of forces agreement and making claims about activities by Hezbollah near the separation line.

In response to Hezbollah activating its air defence yesterday in Bekka Lebanon against an Israeli drone. hasn’t been confirmed if it was downed, but lots people believe the drone was hit

Joe Bidet Is A Senile Pedo
Reply to  Strife

There will be no peace in the world until the ugly shit stain that is Israel is wiped off the map!

We move in silence. We strike in vengeance. We fight for the promised land. You stand in our way, you die like a bitch.

Who promised you land?

Israel is a cancer, radiation would be an effective treatment – paging Dr Iran!

We rape babies, we shoot children throwing stones, our brave IDF boys wear nappies! There, fixed it for ya kikey boy.