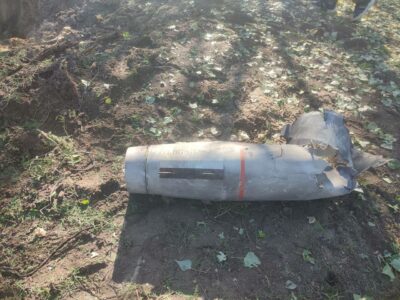 On October 18, the Armed Forces of Ukraine hit the Energia stadium in Novaya Kakhovka, Kherson region. As a result of the attack, two civilians were killed and two others were injured.

According to preliminary reports from the spot, the AFU launched a US-made High-speed Anti-Radiation Missile (HARM). The stadium was damaged, as well as the transforming sub-station located nearby.

The local administration clarified that this was the first shelling of the Energia stadium since the beginning of the Russian military operations in Ukraine. 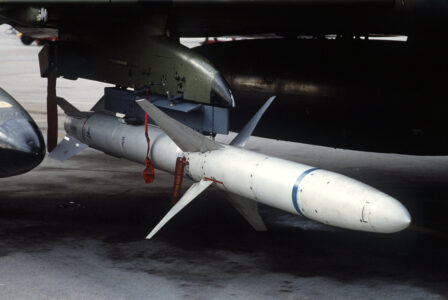 The AGM-88 HARM is designed to destroy radar stations. This missile was developed in 1982. Its length is 4.17 meters and the weight of the warhead is 66 kg. The range of missile launches is from 25 to 150 km. The missile has built-in special devices that track radio waves and aim at radio wave sources.

Washington has not been disclosing the supply of HARMs to Ukraine until August 8, until the evidences of their deployment on the Ukrainian front lines has been provided by various sources.

The missiles are launched by Ukrainian aircraft which confirms that Ukrainian warplanes are still active over the front lines. In recent weeks, the Armed Forces of Ukraine have increased the attacks on the cities out of their control, including Donetsk, Kherson and Belgorod, with this type of missiles likely in an attempt to destroy Russian radar stations. It is not completely obvious why a small substation at the stadium was chosen as the target of an expensive foreign missile strike. It can be assumed that the station was used for military purposes to provide command posts or radar stations of Russian air defences.

destroy the deliveries before they enter Ukro territory, Gen. Armageddon can do it

Not sure why Russia doesn’t bomb airport near Poltava, these attacks are launched from that place. Also, Ru Su-35s and Mi-31s should be in patrol near border 24/7 to intercept these Ukro aircrafts. If they can avoid ground radars by flying low they can’t avoid radars from above. It’s a shame after 8 months Ukr. air force is still very active: CAS missions, intercepting drones and cruise missiles and now using US HARMs against Ru. radars. How many planes they still have???

Who said that the Ukrainian aerial forces are “still very active”?

So your celebrating the murder of unarmed civilians?

What kind of pig shit monster are you?

Surely by now the Ukrotards have now killed as many Russian civilians as they did Ukrainian civilians in the Bucha hoax.

US and Ukraine have been killing and genocide hundred thousand of innocent peoples in Donbas lol.

i cant see “TWO CIVILIANS” / i thin its another hoax

It can be a russian decoy to reveal the flight characteristics or something else related.

So, the stadium was used as a human shield for air defence radar. Typically Russian way. More war crimes.