On August 19th, Twitter announced that it would ban advertisements from “state-controlled media,” in a blog post.

We have updated our advertising policies. Going forward, we will not accept advertising from state-controlled news media. Find out more: https://t.co/V4wYRXQTtl

“State-controlled media” is in quotes since whether a media is controlled by a specific state or not is decided by … Freedom House, among others.

The others which will assist in defining which media is state-controlled are:

HAHAHAHA! Twitter will rely on Freedom House, funded through one of the CIA’s NGO projects, will advise @Twitter on who is and isn’t “state-controlled.”

You can’t make this shit up. pic.twitter.com/eMCUYXitUu

Determination as a “state-controlled media” will depend on criteria such as “control of editorial content, financial ownership, influence or interference over broadcasters, editors, and journalists, direct and indirect exertion of political pressure, and/or control over the production and distribution process.”

Following the decision, media outlets that are state-controlled will have 30 days to stop their campaigns.

“We will be notifying directly affected entities in the coming days. They will have 30 days to offboard from our advertising products, after which we will stringently enforce these policies. In the meantime, no new campaigns will be allowed and we will enforce our policies rigorously. Affected media entities are free to continue to use their Twitter account(s) to organically participate in public conversation, as long as they are in compliance with the Twitter Rules.

We are exploring transparency approaches to keep the public updated on these types of actions going forward.”

This was prompted by MSM reports that Chinese state-outlet Xinhua among others were advertising reports which were portraying the Hong Kong protesters as “violent.”

Multiple China-owned state media outlets have been running ads on Facebook and Twitter. The promoted content pushes the view that the protestors are violent and that foreign influence (particularly from the US) is organizing the demonstrations.https://t.co/HNBWJXyGjc

And how could they be presented as violent, after all “peaceful pro-democracy protesters” only tied up a Global Times journalist and beat him, while meanwhile have repeatedly thrown fire bombs at police and have vandalized several government buildings.

On the same day, Twitter published another blog post – a disclosure of having discovered a “significant state-backed information operation focused on the situation in Hong Kong, specifically the protest movement and their calls for political change.”

In all 936 accounts associated with the People’s Republic of China were banned.

Twitter is banned in China, but they are using VPNs to spread their “propaganda.”

“This disclosure consists of 936 accounts originating from within the People’s Republic of China (PRC). Overall, these accounts were deliberately and specifically attempting to sow political discord in Hong Kong, including undermining the legitimacy and political positions of the protest movement on the ground. Based on our intensive investigations, we have reliable evidence to support that this is a coordinated state-backed operation. Specifically, we identified large clusters of accounts behaving in a coordinated manner to amplify messages related to the Hong Kong protests.”

But these 936 accounts are allegedly specifically connected to China.

Additionally, approximately 200,000 accounts were suspended for being part of “a larger, spammy network,” that doesn’t propagate the MSM narrative, but another one.

All the accounts have been suspended for a range of violations of the platform manipulation policies, which are defined as:

Information on the banned 936 allegedly China-related accounts can be found in two separate archives: it is well know who is on the buttons 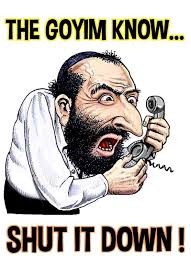 Who uses Twitter nowdays ? Only trolls and cyber army. All the legit users got shadow banned or their accound got suspended vitam eternam

The Third reich is a little bean compared with the level of censorship and totalitarism that the U.S is pushing nowadays.