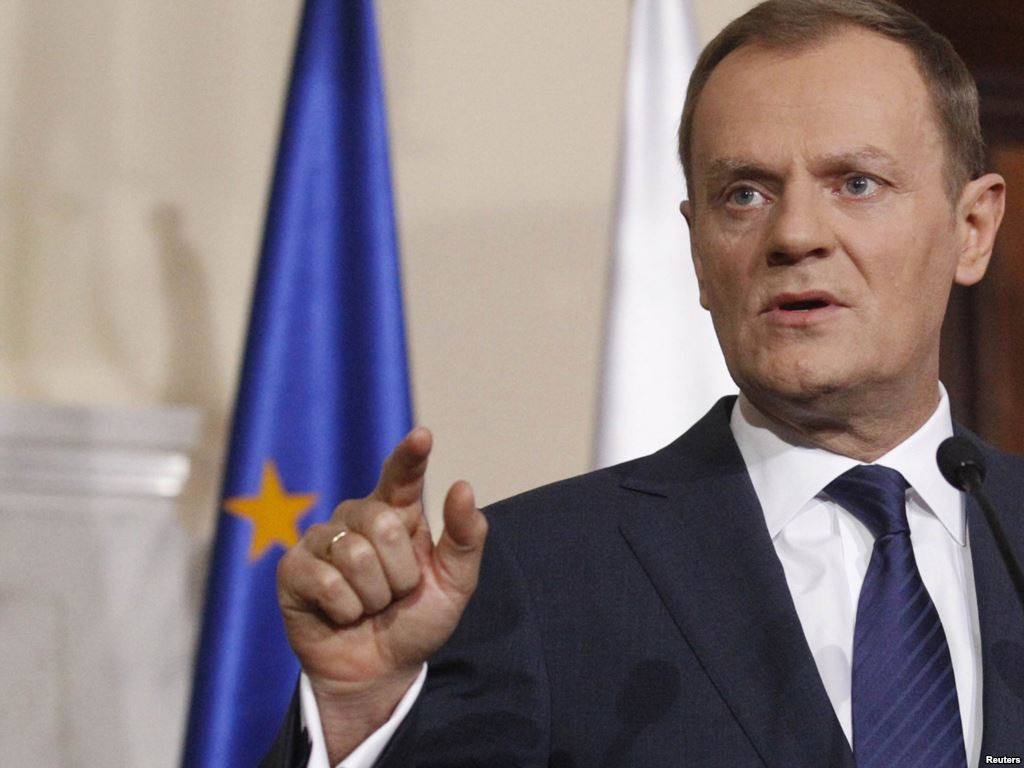 European Council President Donald Tusk decided to start a tour of Central Europe and the Balkan countries. He will visit Austria, Croatia, Slovenia, Macedonia and Greece. The main reason for this is the migratory crisis and attempts to close the EU’s borders to migrants. Most likely, Tusk will convince the Austrians and Eastern Europeans to give up their newly imposed rules on border control.

On the eve of the visit serious clashes broke out on the border of Macedonia and Greece. The Macedonian authorities refused to allow the refugees from the Middle East to enter their territory. Macedonia, together with Serbia, Croatia, Slovenia and Austria decided to introduce passport control measures at the border. The initiator was Austria. The EU’s leadership believes that measures to restrict migrants can cause the collapse of the Schengen.

Austria and the EU

Austria joined the EU in 1995. The contradiction with the Union started even in early period of the Austrian membership. In 1999, the right conservative Freedom Party of Austria (Ger. Freiheitliche Partei Österreichs (FPÖ)) took the second place by a narrow margin in the federal election. As soon as the election results were announced, the EU member states and the EU followers called to ban Haider (leader of the party at the time) to participate in the political life of the country and also put in question sanctions against Austria. The European Union had no legal grounds for either of the first claim (to discharge Haider) or the second one (in the end, the EU Member States introduced bilateral sanctions).

Such a rough European Union interference in the Austria internal affairs caused a number of the anti-EU protests in the country and led to rapid euro-skeptical growth sentiment among Austrians.

The new wave of euroscepticism caused the migration policy of the European Union, which’s base is the principle of any form of collective identity rejection. The EU “tolerance” policy, the principle of the free borders and free movement within the European Union led to the critical imbalance between native Europeans and immigrants, and created a breeding ground for the radical Islamism structures creation (which led to the tragic events: terrorist attacks in Paris and sexual attacks in Cologne).

The right-conservative Austria was dissatisfy with the “all-European” solution to the illegal migration issue. In early January, the Chancellor Werner Faymann declared to revise the Schengen rules in Austria.

“Similar to Germany”, Austria is to control its border strictly and to carry out the refugee expulsion, said Faymann, adding, that “anyone who arrives at our border is subject to control.” According to him, “all refugees must be controlled, economic migrants must be sent to the countries of their origin.”

The EU’s migration policy, abandoning the principle of any form of collective identity, has led to an aggravation of ethno-social conflicts. As a result, Europe was imbued with an ethno-social array of migrants from the Middle East, which, as the bearers of Islamic identity, archaic and stable, do not fit into the culture of modern Europe.

The exaggerated principles of tolerance, human rights and multiculturalism demand the European authorities provide maximum freedom for migrants and require no obligations. As a result of the migration policy of the EU in 2015, 1) the balance between indigenous Europeans and migrants was critically disrupted; 2) an extensive socio-cultural field of Islamic-Arab population was established (the very existence of which is totally ignored by liberal European authorities due to the lack of criteria of collective identity in modern European law and policy); 3) a breeding ground for the creation of structures of radical Islam was created, which reinforces the fact that representatives of radical Islamic organizations entered Europe among the uncontrolled flow of refugees.

Every man for himself!

The current leadership of the European Union does not intend to abandon the liberal policies on the reception of migrants. The head of the largest European country – German Chancellor Angela Merkel – aims to continue the replacement of the indigenous European population by strangers from the Middle East. Under these circumstances, some European countries have been forced to take unilateral measures to protect themselves against migrants. Hungary is building a wall on the border with Serbia and Romania. Britain opposes the payment of social benefits to migrants coming from other EU countries. Belgium introduced patrols on the border with France. Similar measures are being taken in other countries.

The collapse of the Schengen

The introduction of border controls on intra-European borders would mean the death of the Schengen area and the abolition of one of the most important principles of the European integration project: the freedom of movement within the EU. The EU has already been discussing the suspension of the Schengen agreement for the past two years in relation to Greece not being able to establish control over their maritime borders. The agreement has become a symbol of European integration. Its suspension calls into question the very future of the EU project.

The EU Against European Countries

Back in 2015, the Euroscepticism became the trend among the European parties (the National Front, The Northern League, «UKIP», «FPÖ», etc.). The 2016 year showed the anti-European Union EU basis: migration policy, principle of free movement within the EU, tolerance – all these principles, which is the EU basis, are destructive for the European countries cultures and directly threat their existence.

At the same time, the EU’s migration policy will not change significantly, the number of refugees will continue to grow, the ”tolerance” and “human rights” principles will remain unaltered.
It will lead to conflict escalation between the EU interests and the European member states ones. Many European countries will begin revision of the alliance conditions with the European Union (example of the United Kingdom), and the governments will follow the “realist” policy in international relations.