On February 20, Hayat Tahrir al-Sham (formerly the Syrian branch of al-Qaeda) and other militant groups launched an attack on positions of the Syrian Army in Nayrab in eastern Idlib. The attack is supported by the Turkish military. MORE HERE

Let us expect that Russia air forces acts immediately doing what they know very well to do.

Syrian planes are already hitting back.

I doubt Russia will attack directly Turkrats troops, that would lead them into open war against Turkey.

What do you mean, to turn Turkey in glass??? Without nukes Turkey is a very hard opponent.

There is i wide scale of hard reactions. Important is to show dauntlessness. But i doubt that ruskies are as hard as they were under stalin. weak country, weak politicians. it is laughly, that such shithole like turkey can play with country with highest number of nuclear weapons.

i tell you, if ruskies would throw a-bom on mersin, the nato would not go into nuclear war for turkey.

Keep your silly thoughts to yourself, make sensible comments. Russia is not stupid enough to drop a nuke on Turkey.

russia is not enough brave

all weapons are made for use

Guns don’t matter unless there’s courage. And whether Russia is stupid or not has nothing to do with courage.

That was a stupid quote or attempt at a quote.

Any nazi or ukrop becomes braveer on brussels meth,that is a known fact!

Yes intelligent bravado expert,usa used nukes but of course russia is not brave? You ain’t you know not definition of brave,first one must have proven knowledge!

Defending Syrian territory and repelling the Turks isn’t as difficult as invading Turkey. I have no idea what Turkish public sentiment is like but I don’t imagine them being very excited to have their forces fighting in Syria.

The Turkish people support the operation because they no longer want Syrians in their country.You can find out his feelings on social media.

I wonder if it occurs to them to stop supporting the head choppers and then send all of them back to Syria?

turkish shit, you caused civil war. then pay the refugees!

a will fight for repatriation of all turkish scum from Eu back in anatolia. you stupid asian primitives!

You think that this is a civil war? Really?

in the beginning it was. and turkey assisted

If Turkey assisted, then it wasn’t a civil war. The perception of a civil war at the beginning was just that, a perception. Just an illusion.

In the beginning it was a series of peaceful demonstrations which at its height involved half a million people out of the whole population of Syria. Shortly after due to terrorist infiltration and nato arms, the whole demonstration thing became a clandestine terrorist attack. Most of the peaceful protestors saw the terrorist takeover for what it was and stopped showing up.

The initial demonstrations may well have been assisted by the Turkish admin but what came after was definitely not a civil war.

THEY DONT WANT SYRIAN IN TURKEY THEN WHAT ABOUT TURK SOLDIER IN BODY BAG THAT WILL DO OR THEY DONT EVEN WANT THAT UNLESS HUMANITY IN THIER LANGAUGE IS DEAD BY SUPPORTING TERRIOST.

Open war against Turkey? That would be first impossible because Turkey doesn’t want that. The Turkoid regime can only stomach what it thinks are easy victories, a war with Russia would be a hard defeat which is the opposite. The turkoids are counting on Russia to not react hard. If Russia DID they turkis would run the fuck away. BUT seeing how weakly Russia responds to provocations and even outright aggression against itself it’s easy to see why a simple mangy mutt like erdog would try and challenge them. After all, Russia is ruled by the bourgeois elite and to them, money is infinitely more important then something like honor or face. On the other hand the Russian military resents that it’s being ordered to restrain itself like that, it’s easy for a politicians like Putin to just walk away from a fight but for Russia’s military it is a disgrace. :/

Your kind is dreaming about removing Putin because you know very well that this is him who’s behind the crushing defeat of US/UK irregular armed forces (Daesh, Nusra etc.) in Syria. Keep on dreaming.

putin will lose the next election. btw., 70% of young russians are against him.

Only neo-liberal homosexuals and the odd lgbtq senile lowere iq feminsts will vote against putin,unless one is the avid communist who respects stalin slaying incest!
You are not clever are you,fk no!

I might remind you that Russian territory is virtually surrounded by nato and US bases. With any President or PM, the first rule of business is the security of the country and its cash cows.
IMO, Syria is an assist only. The real breakthroughs will come via Russian/Chinese/Iranian diplomacy and shear economics. The US are printing themselves into a Wiemar bankruptcy. Hence the US demand for more economic input from european nato countries…..which won’t happen.
All President Putin needs to do is sit and wait and keep the wolf from the door.

The SyAF can attack the Turks openly. The Russians can maintain plausible deniability by just supplying the Syrians with intel, munitions and of course their air defense network. As long as that network is up and available to Syrian air defense the Turkish air force has to sit this one out back at their bases, eating kebabs.

Wrong, Barba, the Russians are killing Turks, and Putin has warned about it. By the way, the first wave of attack was repelled. Suheil is going to eat at breakfast some incompetent generals Turks.

no boy, accidentally died 2 turks in idlib city. until now russia does not attack turkish units.

I am pleasantly surprised.

By the way this is what NATO is
Didn’t know where to post but interesting nevertheless.
https://greece.greekreporter.com/2020/02/19/greek-delegation-walks-out-of-nato-parliamentary-assembly-in-protest/

Greek military never needed nato to effectively deter any ground force on land near 100 years!
Cyprus back then controlled by main britain,refused to allow them in to deter turkey in 1974,
Britain made sure the transition was smoother,the deaths were exaggerated yes but thats cias!

Someone is considering dropping a nuke here?

I’m expecting the Russia air force and its artillery to do a well fam jobs!!!!!

NOTE: At least 11 regime soldiers have died, according to recent reports.

I call bullshit. No reputable source I can find is saying that. Clashes continue and ten Turkish vehicles just got smoked in a Russian airstrike. That’s the latest.

these your 10 vehicles is also an unconfirmed info.

do not write bullshits!

no agency wrote, that ruskies bombed turkish units. only some jihadists and idlib city.

Turkey just admitted to the loss of two soldiers, and five wounded. Hmmnnnn.

The news is true.

Which really means 12 KIA and 18 wounded. Give it time.

Al-Masdar. I’ll write what I want.

almasdar wrote something else than you.

Only if you can’t read.

yure. i wrote the same. not turkish.

okey, dick. go in the vagina!

Sputnik News. Russia struck an attacking column of vehicles. Turks or Turk militia, let you sort them out. Russia notified Turkey that artillery fire was detected coming from Turkish positions. Russia warned Turkey, the fire stopped. Turkey is now begging Washington for Patriots to “deter” Russia in Syria. As if Patriots could intercept an Iskander, successfully. I doubt it. Pull your head out of the Globe and Mail and check real world news.

russia did not attack any turkish unit

I CALL BULLSHIT TOO your fucking source.

Truth that we know. A battle is raging for Nayrib. Turkish artillery units stationed some 3k away were firing on sites all over the area, including Saraqib. A Syrian airstrike was filmed hitting the artillery location, to unknown effect. A Russian airstrike in proximity to the battle has destroyed some ten vehicles or so, could be rebels driving or could be Turks, or a mixture of both. Turkey has admitted to minimal losses, which will rise. The outcome inside Nayrib is unclear. The first attack was repulsed and a second is underway. No Turkish aircraft have been reported above Idlib but a Russian aircraft was reported some few hours ago orbiting North near the Turkish line of control. Draw your own conclusion.

So says the savage Russo bear.

Erdogan must withdraw Turkish troops to the border. He must stop dreaming and become a realist. The most important function of war is air. Turkey has no chance because the Russians dominate the air. It was a big mistake to buy the S-400s.

Turkish soldiers are dying for Arabs. Syrians in Turkey are living in prosperity and they should all be deported.

Are your feelings representative of whats being talked about in the turkish street?

Erdogan had a chance to negotiate a decent peace treaty and to finally end this bloody war. Perhaps even to gain a special status for Idlib (remaining in Syria, of course). But instead to disarm terrorists, he chose to rearm them. What is his plan? To prolong this conflict forever? To occupy Idlib with regular turkish troops? I’m not sure he knows any more…

BEIRUT, LEBANON (4:50 P.M.) – Turkey has reportedly asked the United States, a NATO ally, to deploy two Patriot missile systems along its southern border with Syria, Bloomberg News reported on Thursday.
Citing a Turkish official in Ankara, Bloomberg said the purpose of the Patriot missile systems would be to deter the Russian military’s strikes inside the Idlib Governorate, where as many as a dozen Turkish soldiers were killed in the past two weeks.

According to Bloomberg, the request was made by Turkey to the U.S. envoy to Syria, James Jeffrey, last week; however, they have yet to receive an answer from Washington.
If the Patriot system was deployed in the Hatay Province, Turkey could deploys its fighter jets to Syria in order to deter the Syrian and Russian air forces, the Bloomberg report said.
On Thursday, the Turkish-backed militants, with support from the Turkish military, launched a counter-offensive to retake the town of Nayrab in eastern Idlib.
As of now, intense clashes are still ongoing at the western outskirts of Nayrab, with early reports claiming that the militants have been repelled by the Syrian Arab Army.

First waive of attack failed miserably. Another one is going but even if the gain something it would not last. Erdogan is in funny (not for him) situation – he can’t act in another way but when he acts in his standard way his position only weakens. As I said before – there’s no point to worry about Turkish invasion. There will be lots of “victorious” claims and hot air. There may be some temporary (as before) gains but it will end in the same way as before. Again – Erdo is on sharply declining road and is too stupid to step away from it. 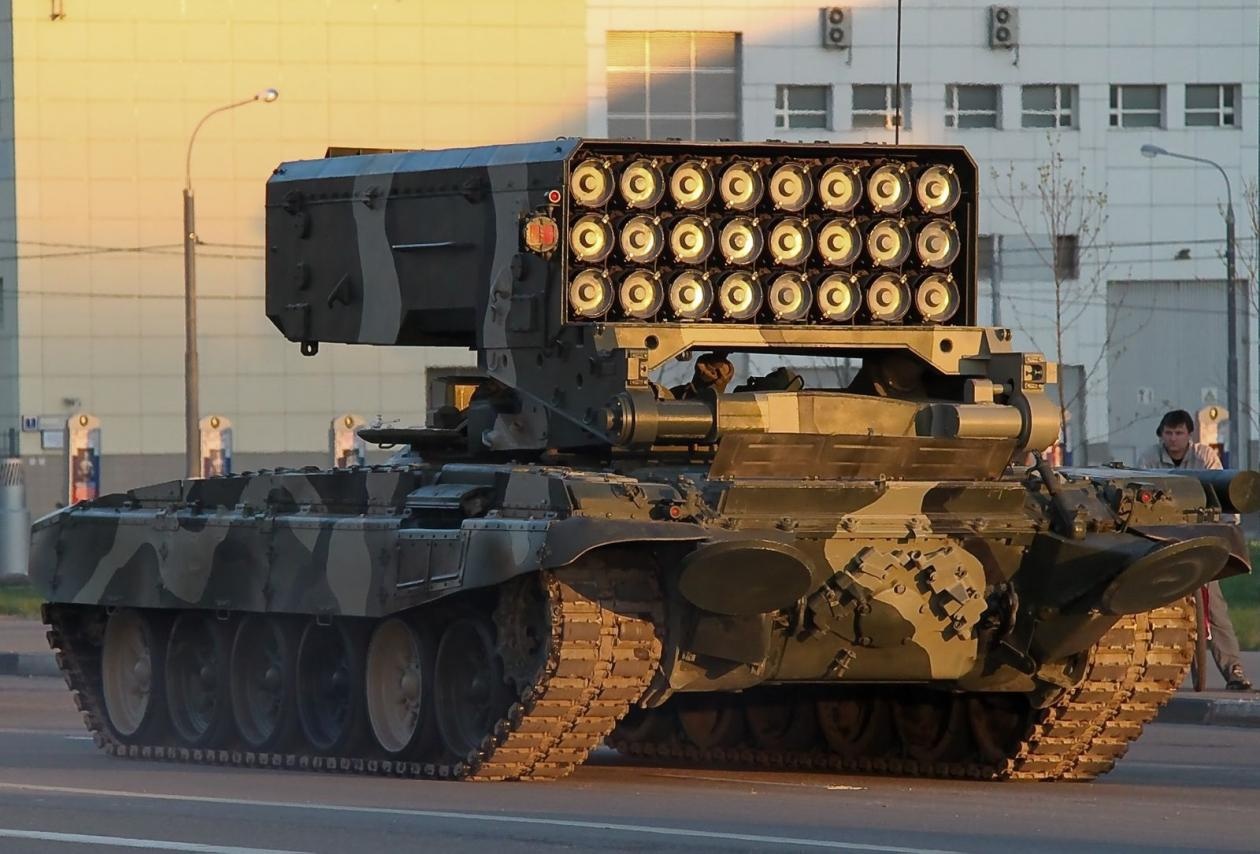 roasted Turkey meat for dinner…
ah no, fail, only ashes left over, dinner blown away by the wind…
not even any bones left over for the dogs, just dust…

What is this? traffic police station in Novgorod?

Whart is that?How any of them they got?

Russian special forces are sometimes mixed in with these Syrian troops from what I know. Eventually, this is going to lead to a wider war if Turkey doesn’t back off here. Turkey wont like the outcome of that war.

Uncivilized Russians and their terrorist militias will start WWIII.

Not really. Nato will. Check out the military build up on the Russian border as we speak, dipshit.

Civilized Russia is helping to keep the barbarians at bay!