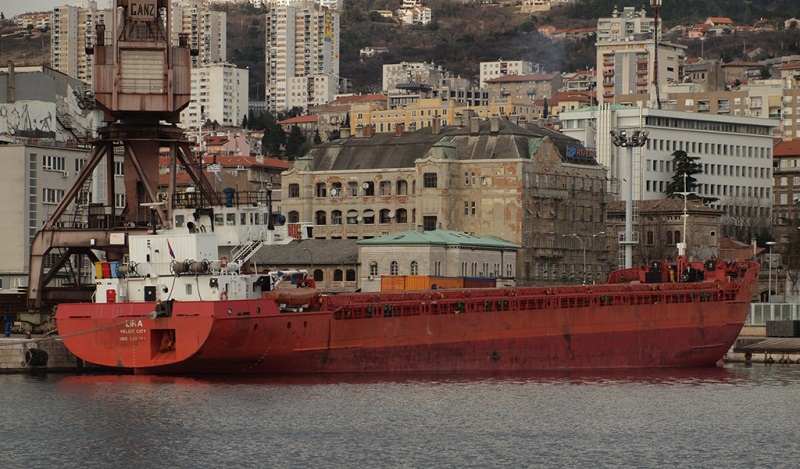 Turkish cargo ship “LIRA” rammed the support of a constructed bridge over the Kerch Strait at its top speed. The incident occurred on March 19, but only now the detailed information was reported by FlashCrimea with reference to the management of Russia federal highways “Taman”.

“The cargo ship leaned on the support of the temporary working bridge, which is being built between the island of Tuzla and fairway (navigating channel)”, – said employee management.

As a result of the incident none of the crew members on board were injured, but one of the bridge’s pillars (№ 80) was completely destroyed, another one (№79) was almost destroyed and several others were badly damaged (two gauge piles were destroyed and a displacement was fixed on two supports).

Damaged bridge is using for technical cargo delivery for the construction of the main bridge over the Kerch Strait.

It is noted that the ship is owned by Turkuaz Shihhing Corp (later updates: the formal ship owner is Voda Shipping, Uzunçayır Cad. Kadıköy Yapı Merkezi No:31 C1 Blok Kat:3 D:28 Hasanpaşa / Kadıköy / İSTANBUL / TURKEY 34722), and its captain is a Turkish citizen. Currently, the vessel is at the raid of Taganrog port. 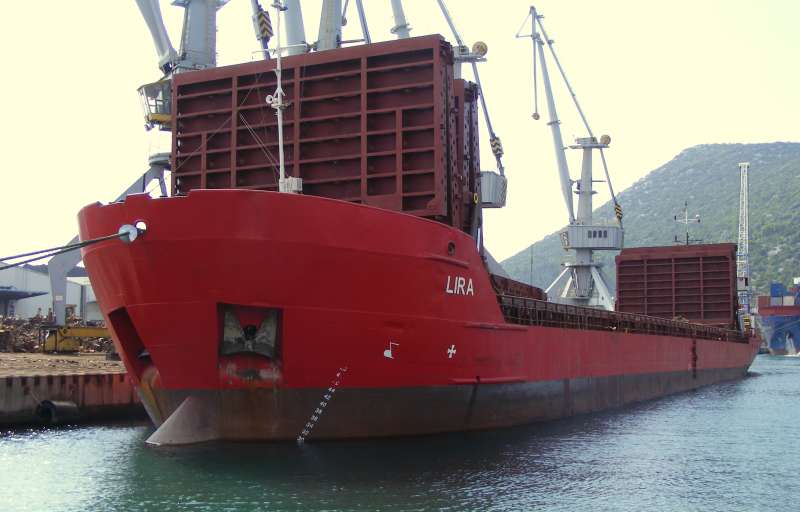 ME Janssen
Reply to  Angyali Szem

And sink it right outside Odessa – keep it out of the shipping lanes because otherwise it will happen again.

Sam Handwich
Reply to  ME Janssen

first please make sure that you have put Merkel in the cargo bay.

I trust the company that owns the ship will be sued for the entire cost of reconstruction, with a hefty extra penalty for the delay caused. And the officers should all be forbidden to control a ship anywhere near Russia.

Time for Russia to field some “protective” ships around the bridge maybe? With, you know, like missiles on them?

ONLY RAGE AND STUPIDITY HAS NO LIMITS ! INCOMPETENCE IS CURABLE BY PANISHMENT AND ISOLATION !

The cargo ship should just about cover the replacement of the pylons and compensation for delays. It may even come in useful for ferrying building materials to the bridge site. Thankyou very much Turkey.

So if this was intentional is it not then sabotage and thus considered a potential act of war!

small torpedo accidentally fell off the military ship in the Black Sea and made a hole in the ship that caused it to sink.Sorry guys.It was an accident. The Captain of the military vessel was punished by 1 year in jail. Someone look-alike was spotted vacationing n Moscow. Pure accidentally just looks similar but it was not him.How about this scenario?

This made me laugh. Only in a country like Russia is it possible to finally start building the bridge, after a 2-year post-annexation crisis, with the president having to supervise the process. Even then it’s gonna be built 5 years later, and cost 10$ billion more than initially thought, because well…. you get the point…

First of all do some research. The bridge was being discussed BEFORE the coup in Kiev in 2013, but decisions had not been made on how such a bride could be financed. The tendering process finished at end 2014, and contract awarded Jan 2015. Work on the bridge started in May 2015 (14 months after Crimea rejoined Russia)

Russian president does not need to supervise the bridge. As it was 2nd anniversary of Crimean reunification, Putin visited Tuzla Island, because this has been a subject of bitter dispute since 1991, and now it is RUSSIAN, along with kerch Strait and much of Azov sea.

As for five years later? The bridge will take between 3-4 years for full construction.

Well, it’s a bridge to an annexed territory, so that makes the cituation even more comic.