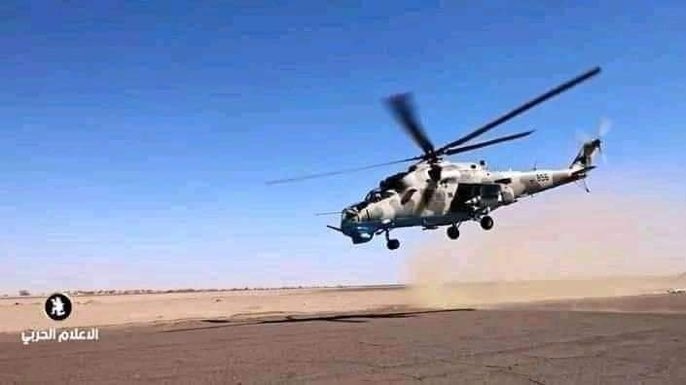 A fuel tanker, that was transporting supplies to Western Libya in order to counter the COVID-19 crisis, was also reportedly targeted by Turkish UAV.

Pictures from Wadi Dinar Gate
For the fuel tank that a Turkish UAVs targeted a petrol tanker that was heading to the western region to reduce the fuel crisis and help in confronting the #Covid-19 pandemic.#GNA #Libya@USAEmbassyLibya@UNSMILibya@UnicefLibya@AmbaFranceLibye pic.twitter.com/Cd1Z0T84Y9

The Turkish information network presents these UAV strikes as such on military positions and units.

Mr. Fake News is at it again.
Totally ignoring the fact that Turkish drones targeted trucks carrying food supplies (flour)
Images & videos have confirmed the above but of course he had to turn a blind eye.
Libyan Analysts & Experts they said ?? pic.twitter.com/QkTmI5UqzM

The LNA is continuing its push, carrying out strikes on positions of the Government of National Accord (GNA) east of Misrata, which is the stronghold of the GNA.

The Libyan Air Force #LNA carried out several violent strikes on the nests of terrorist militias in Aldafnia East of #Misrata . pic.twitter.com/Un2LfAKza2

As of midday on April 6th, clashes are taking place between GNA, Turkish-deployed fighters from Syria on the one side and the LNA on the other Ain Zara, in southern Tripoli. Ain Zara continues being one of the most contested points in the fight.

Part of the fighting now between the #GNA’s Syrian terrorist mercenaries and the Libyan army #LNA in Ain Zara #Tripoli #Libya .pic.twitter.com/BB0GscyenV

Even in the very early hours on April 6th, there were clashes in and around Tripoli between the sides.

Violent clashes by the armed forces #LNA In the early hours of this day
Against terrorist militia and mercenaries loyal to Turkey #GNA
Near the Sidi Hussein cemetery #Libya #Tripoli
pic.twitter.com/EKmA3x9VKs

The LNA-affiliated media, furthermore, accuses the GNA of sending children to fight against the GNA.

It reminds me about the case where Turkey bombed journalists and civilians in NE Syria. Erdogan should be publicly executed.

barrel bombs are israeli invention my dear. and your coward turkish carpetriders are nothing better

That’s why the SAA could retake over 40% of their land, because their only target are civilians. No one likes you here.

What saa you talking about? thanks to Russian not even Molla or hez Bullock.. or assad mercenaries….

Oli why don’t you do it?

Bored in quarantine … I want to try virtual sex, write to me on this site – https://tinyurl.com/ul35aqv

How about a steel toed boot to the face.