Turkey’s TGRT Haber (TGRT News) showcased a large part of the territory of Armenia as Azerbaijan. The map included the title: “Armenia has no money. Let’s give Zangezur.” Zangezur Mountains is the mountain range that defines the border between Armenia and Azerbaijan’s Nakhchivan Autonomous Republic. Info of no importance. Who cares.
Turkey doesn’t decide anything, as long as Armenia is under Russian protection.

funny , azeri banana republic say that another banana republick lack of money xD They lost more than 3000 people ( their turaken propaganda media claim 2700 xD ) against guerilla army with oudated IIWW equipment supported by armenians what huge loss in modern warfare. This shows how poorly trained are both , azeri and turks . Russians will stay in armenia for next 100 years so keep dreaming , it doesnt cost much ;)

Russia will face multiple problems soon from Ukraine to Vladivostok.

They dealing with these problems since cold war and what ? ;)

USSR collapsed in 65 years. Russia is much weaker.

just like Germany or France …………but still everyone want to live there .

Materialism has a strong attraction. Every ideology from Marxism to Islamists is up for sale.

Russia exists for 1000 years and for 1000 years various lunatics fantasize about ‘imminent russian demise’. Yet Russians defeated Teutons, Poles, Tatars, Carolus Rex, Fredrich the Great, Napoleon and Hitler. Far more powerful armies then pedo-degenerates from Washington DC. Still the largest country in the world. And lunatics are still fantasizing about ‘imminent russian collapse’….
Russians have only one enemy they should fear, that one from within. Only Russians can destroy Russia (with a little help of ‘the chosen people’ of course). I doubt Russians will lose their minds and sell their souls (like most of the western world). If one nation can resist that’s Russia.

LOL – ‘soon’ – the US, and its NATO proxies, have been relentlessly attempting to destabalize Russia’s flanks for last three decades – with highly aggressive, and massively expensive, geo-strategic operations run by US all way from Georgia to Ukraine. This is hardly news – and Russia more than understands the US imperial agenda, and more specifically, the Neo-Con faction that are driving the agenda.

lol those turks..i have to give it to them…they are best comedians on he planet!! they never fail to entertain us with their banana superpower ahahahha.. .bananistan = turkey

Times are a changing, Russia is the weaker party now and and historic enemies can smell blood.

You don’t understand the Anglo mindset. They see Russia as the final resource outpost. It has massive corruption and oligarchs who put Putin in power. Russia’s fate is sealed. Now China is altogether a different scenario, and poses a far greater challenge.

Historically most of Russia is stolen land and needs to go back to its owners. Russia will be divided soon.

Whole Europe is stolen land if we go back to time of hundred years war and similar periods in history.

Turkey lost land to Russia recently and the Turks are stronger now and can smell blood.

what ? stronger their economy collapsing , only their propaganda gets stronger ;)

But they did win in NK and have annexed large chunks of Syria, largely due to Russian and Iranian weakness vis a vis the west.

turks ? come on , turks just doing dirrty work for nato , Idlib is just problem for turks and sooner or later idlib will abandoned ,

There is strong Turk and Israeli axis backed by NATO, so it is premature to predict the Syrian tragedy as in 10 years Russia and Iran have not been able to form a United front.

if not Russia and Irand then u couldnt find Syria on the map today ……….and you talking about small part of Syria , come on ;;)

You have valid point, but two large countries if acting in unison should have been able to secure Syria, if they had competent militaries or political cohesion.

“There is strong Turk and Israeli axis” manifested in what?!
Why is suddenly Turkey “backed by NATO”
It doesn’t show lately at all.
You just keep saying any bullshit….anything that can cross your mind without single proof.

Ernest the Turk “large chunks of Syria” are not “annexed” and Golan is still Syrian territory under Israeli occupation.

Ernest the Turk, that “blood” you smell is sea of Turk blood if you cross Russia’s red line.
Turkey lost land many times and can easily end up by losing Turkey altogether.

He is not a Turk tho. Look at his profile: @schlomobenwahab. Some jewish-arab mixture, just as our friend Iron_Zion. What a coincidence….

Iron Zion claimed he is a jevvish arab (lol) from Iraq. But then he claimed many things, most of them are total bullshit…

WTF?!?
Oxymoron!
Like prostitute-virgin or similar..
What is that…how does it look like, creature like that?
Is it human…?
I never knew that there are any Jooos in Iraq in the first place…I know for Iran but not for Iraq…but… to say that Jooos are Arab-Jooos that is too much!

And you can smell your bullshit. “Turkey lost land to Russia recently” yeah, recently. 200 ago… in 1829. actually. Back then Alaska was Russian, Texas and California were mexican, and half of America wasn’t even explored properly. Queen Victoria was 10 years old or something. Recently indeed. Turks lost the war in 1878. but none of these territories are in Russia today. So yeah, again you have no idea what you’re talking about.

You mean Crimea? That’s a bit too much to say, time of Ottoman conquer and raids is long over, that’s why i refered to hundred years war.

historically most of lands are stolen so 90% country should start war with neighbouring countries , it doesnt make any sense

Objectively, it was Armenia that squatted on NK illegally.

Stolen from whom, Mongols/Tatars, or maybe Khazars huh? They were foreign invaders who actually stole it. Historically Kiev is Russian. Historically 100% of Turkey and 100% of America is stolen land. So called ‘Israel’ is a definition of “stolen land”. 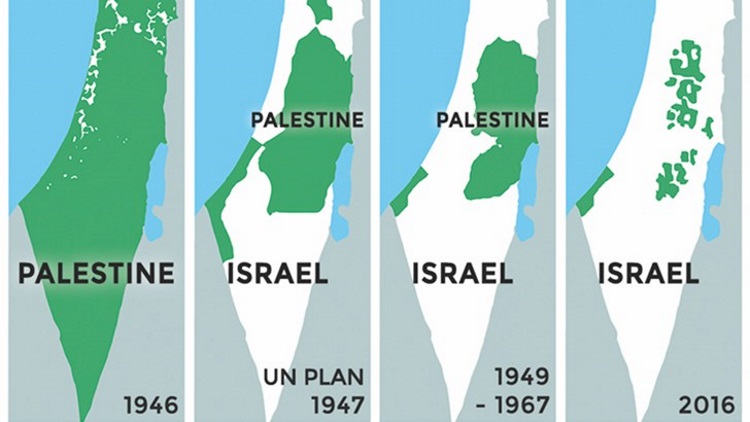 You know shit about past, and even less about future, just another clueless imbecile full of crap….

My russian friend once told me Kiev is father, Moscow is mother or something like that

Well, I’m not russian, but Kiev (and Novgorod) were centers of russian culture, faith and statehood when Moscow was rather insignificant. That’s why even those lunatics from Ukraine today sometimes claim they are the real ‘Russians’ (while at the same time they hate Russia). Logic is definitely not their strong suit. Otherwise they wouldn’t have joo-comedian as the president.

To be fair Germany did pay reparations after they lost the war. But anyways this issue will be decided by the international court.

Germans did not pay shit to the Soviets – just miserable reparations. However, Germany paid with thousands of tons of gold to the US, and still paying Israel.

they paid Soviets with land

ı see in my crystall ball that at year 2119 a German paleontologist from Journal Science will find the fossil of Armenians remains and this will rewrite the timeline of what we know about Homo sapiens..xD

You don’t need to look in your crystal ball, check historical evidence of the kingdom of Urartu and the kingdom of Armenia long before the Seljuks settled in the area.

ıf ı go that past urartu or armenians are the last ones ı would like to check/read…. ı am obssesed to read over and over Hasan Sabbah and assassins, therefore it would dominate my time and no time-interest-space be left for urartu/armenians etc…

Baku will suck dicks for 50 billion.