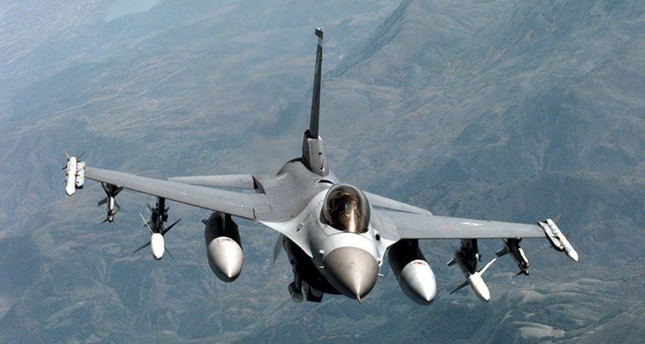 At least 13 members of the Kurdistan Workers’ Party (PKK) were killed in airstrikes on the northern Iraqi area of Hakurk last week, the Turkish General Staff said in a statement on May 14. The Turkish military has been conducting strikes on PKK camps in the area since March 10, according to Turkish sources.

The Turkish Interior Ministry also said that 24 terrorists had been neutralized in the period between May 7 and May 14. According the report, one person was killed, 14 persons were captured and 9 others surrendered to security forces. 132 people were also detained for allegedly providing support and assistance to the PKK.

On April 15, the Turkish military said that a high-profile PKK member had been killed in Turkish strikes on the Hakurk-Kani Rash area – Birdal Burhanli, better known as Agiri Mazlum Pirdogan.

“24 terrorists had been neutralized”; what exactly does this mean ?, they now have a PH of 7 or what ?.

They learnt all of this BS from the likes of the US spy and war films or the 007, thus probably via Nato.

They are either killed, imprisoned, injured – end of.

Just targeting citizens in their ongoing efforts in Genocide and murder in the region, need homes for these new terrorists being expelled by SAA.

Oh, homes… good idea for us two to create a company in Syria with marketing along the lines of “Cheap Accommodation, no lease required – 6 ft. under”.

Well I have worked as a Sexton and thought that was best place for them in the first place as my charitable side seems to be on vacation right now.

When you kill people, it works. People start to support and love you.

If you want to be popular and rob people, kill them, insult them, spit on them, …. People love gangs.

In the name of keeping these guys from killing each other we should send a company or platoon of troops over there.