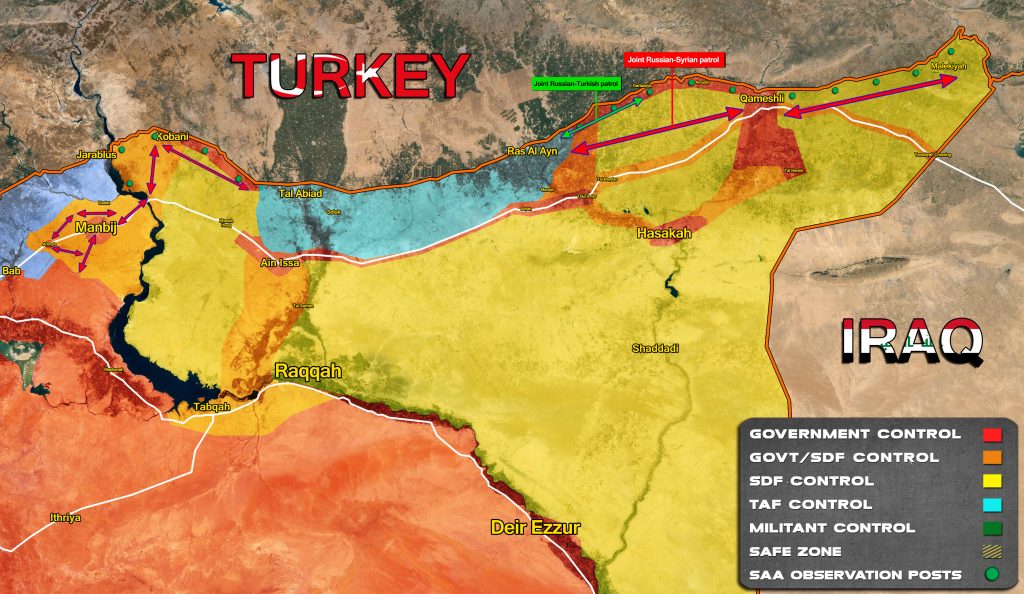 A Turkish soldier was found dead near the Syrian town of Ras al-Ayn in the northeastern part of the country, the Syrian Observatory for Human Rights (SOHR) reported on August 3.

The SOHR provided no details regarding the possible attackers or reason of the death.

Ras al-Ayn is jointly controlled by the Turkish Army and pro-Turkish Syrian militant groups and was captured during Turkey’s Operation Peace Spring.

The town, as well as other territories of Syria occupied by Turkey, remains in the constant state of chaos. Therefore, if the death of the soldier is confirmed, he may have been killed even by some pro-Turkish militants involved in an organized crime.