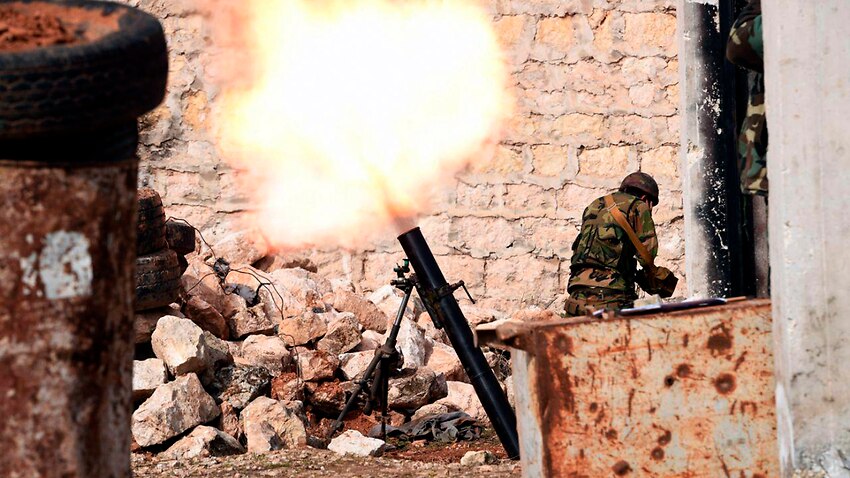 Syrian Army soldier launches a mortar round toward insurgents on the western rural Aleppo, Syria, during the offensive. Source: SANA

On May 19, the Turkish Ministry of National Defense announced that a Turkish soldier died of injuries he sustained as a result of a recent mortar attack in northern Syria.

In a statement, the ministry identified the soldier as Infantry Specialist Corporal Haydar Senel. Another soldier was injured in the same attack, which targeted a position of the Turkish military located in the outskirts of the town of Sheikh Suleiman in the western countryside of Aleppo. 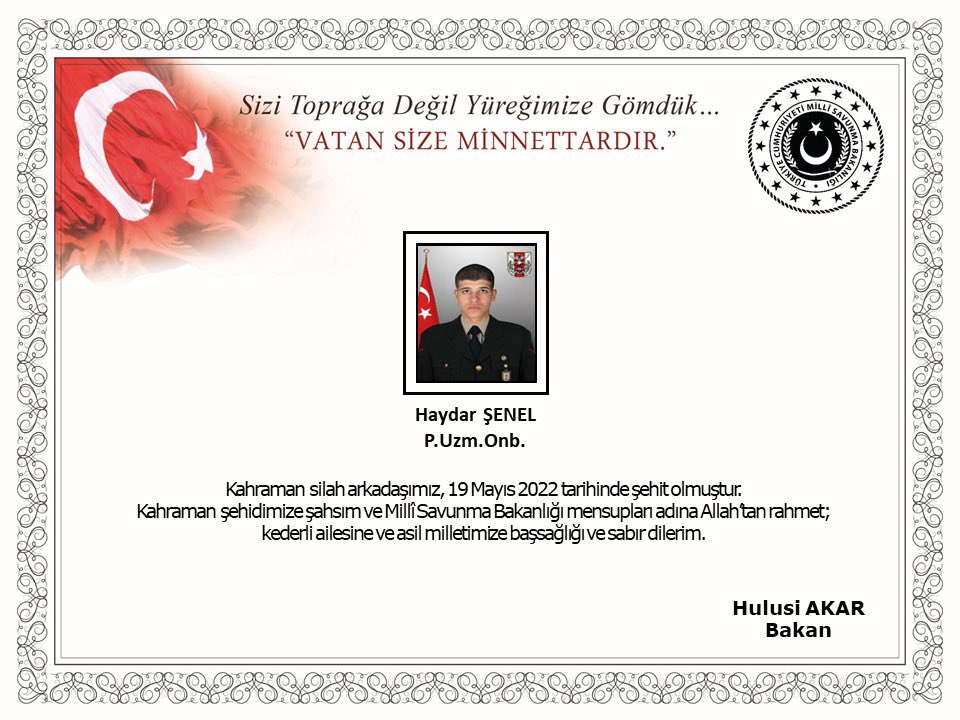 The attack, which took place on May 13, was attributed to the Syrian Arab Army. It was reportedly a response to two earlier attacks by Turkish-backed militants in the western and northern countryside of Aleppo that left eleven people dead and wounded ten others.

The first attack saw Turkish-backed militants targeting a bus of the Syrian National Defense Forces (NDF) near the town of Anjara in the western Aleppo countryside with an anti-tank guided missile. Ten fighters were killed and nine others were wounded in the attack.

Later, the militants shelled the funeral of the NDF fighters that was taking place in in a cemetery near the Shiite towns of Nubl and al-Zahraa in the northern countryside of Aleppo. A child was killed, while another was wounded as a result of the shelling.

The mortar attack was not the only response to the deadly provocations of Turkish-backed militants. Warplanes of the Russian Aerospace Forces also carried out two waves of airstrikes on militants’ positions in the northern and western countryside of Aleppo on May 13 and 14.

The Turkish military and its proxies escalated its attacks on Syrian government forces as well as on Kurdish forces in northern and northeastern Syria recently.

The recent attacks on government forces were apparently meant to pressure Damascus into withdrawing its troops from areas held by the Kurdish-led Syrian Democratic Forces. This would open the door for a new invasion by Turkey and its proxies.

YPG, are they allied with Israel and America but hated by Turkey? Was unaware that Hezbollah and Iran were co-operating with Turkey but they are against YPG. Are the YPG Kurds? Was told they want their own country but were for a long time nomadic people, travelling from country to country.

Hezbollah not that much but Iran clearly cooperates with Turkey against PKK/PJAK/YPG. They even attack the more moderate KDPI together. YPG are allied with America but also with forces like Russia or Egypt. It is strange.

More than likely killed by syrian democratic or kurdish force did it,cia desperate to lie about anything! I don’t buy it,doesn’t make sense,Turkeys #1 target are kurds and sdf gulen partners,not Assad(period) By the way blocking finland from nato is a bold very solid move,i guess cia/natos nose is outta joint!