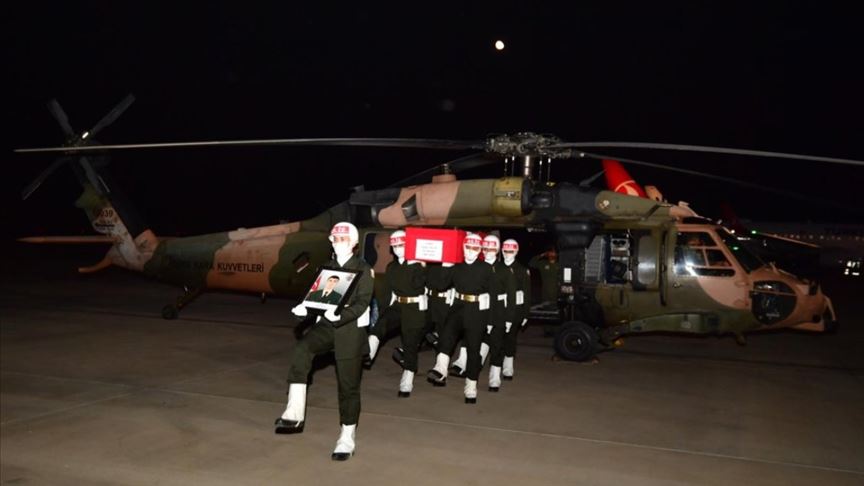 In a written statement made by the Ministry of Defense Press and Public Relations Consultancy, it was stated that a soldier injured as a result of an armed attack by terrorists was transferred to the hospital, but despite all the interventions, died.

“We would like to express our condolences and peace to our beloved martyr who lost his life in this incident that drowned us in deep pain and sadness, to his grieving family, to the Turkish Armed Forces and to our noble nation.”

Akar, in his message said:

“On behalf of myself and the members of the Ministry of National Defense, I wish mercy from Allah, my condolences and peace to his grieving family and our noble nation.”

The body of the 28-year-old soldier was returned to Turkey, so that he could be buried by his relatives and friends. He was married and had a 3-year-old child.

It should be reminded that Idlib is mostly filled with Turkish-affiliated terrorists, who, despite that, continue frequent attacks on any official armed forces personnel, including their allegedly allied Turkish troops.

This is a result of Turkey’s policy in Idlib of allowing militants to do as they please, and they evidently do exactly as they please.

He must have been a suicide bomber training with ISIS.

No, no, no, you are wrong ! He was Turk best “instructor” for training of the terrorists! He was asked by one of the terrorists how to activate explosive suicide belt in emergency situation….so he showed them !!

We all know Russia is responsible!

Weren’t the militants on Turkish side? Turks must have really messed up there, to have their proxies against them.

life is too short to mourn dead turks