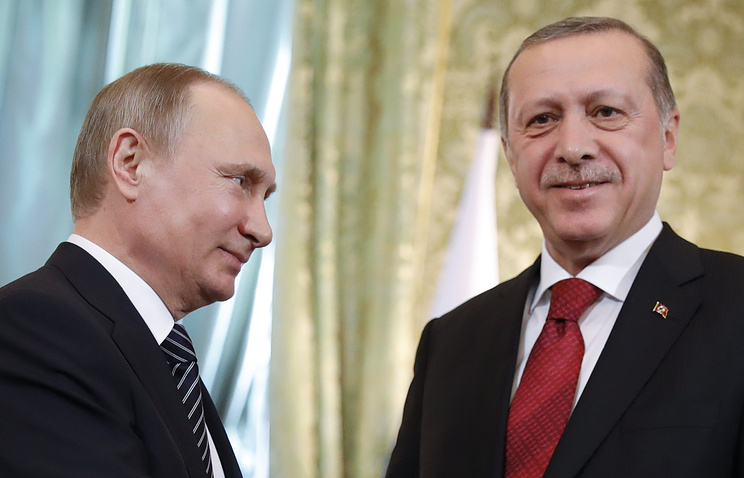 The Russian-Turkish talks which took place on March 10 resulted almost in nothing according to available information.

Economic cooperation, defense industry and energy are among main elements of the talks.

Both sides made statements, claiming the improvement of the relations between Moscow and Ankara but no significant announcements were made.

Turkish Ppresident Recep Tayyip Erdogan even admited that the Turkish Stream gas pipeline and Akkuyu Nuclear Power Plant were still under the question.

“As far as implementation of the Turkish Stream and Akkuyu NPP projects are concerned, cooperation returns to its previous path and is increasingly developing,” Erdogan said.

The main Turkish economic achievement was that the Russian Government authorized import of oranges, tangerines, peaches, nectarines, plums, apricots and blackthorns from Turkey. But Russian agriculture watchdog Rosselkhoznadzor announced that it does not plan to lift phytosanitary restrictions on agricultural products from Turkey in the near future.

As to the defense cooperation, Putin and Erdogan praised the cooperation over the Syrian conflict. However, the recent Turkish offensive actions against the Syrian army and Kurdish forces west of the northern Syrian town of Manbij were likely the main reason of no significant progress in the talks.

More about the Turkish agenda in the Russian-Turkish talks could be found here.

Turkey and Israel have bite the dust USA has make a 180 degree U-Turn on the last minutes.So its only Israel and Turkey which support ISIS=FSA.Both leadership of this countries ran to Russia to accuse President Assad and Syrian Kurdish people.USA has decide not to fight Kurdish women soldiers but instead to joint them and make love.

Wha the hell are you talking about? this is not a love story, its a war of empires. Before making stupid comment, make sure your comment actually make sense.

There are probably 5 billion dumb people in the world. Above your comment you have one of them.

You are a small boy you no nothing about war.You must blame your parents because their only learn you how to chop off human head for your extremist agendas.We are cry for peace yet you are cry for war stupit ISIS leftover kid.

I think the west gave up Constantinople to easily. The Turks should be pushed back to the steppes from where they once came.

Actually, the west/Brits are the only reason why turkish occupiers are still in Constantinople….

Erdo has to make nice with Putin after Uncle Sam has so publicly bitchslapped him in Manbij. Of course, being the duplicitous piece of sht that he is, he will flip on Russia at the first opportunity, and Putin knows it.